Overnight Josh Brookes set the pace in the Bennetts British Superbike Championship official test ahead of tomorrow’s opening free practice session at Cadwell Park, firing the Be Wiser Ducati under the race lap record to top the times ahead of Danny Buchan by 0.716s.

Brookes’ 1m26.448 was enough to head the time-sheets ahead of this weekend’s eighth round of the British Superbike Championship, but is still half-a-second away from the fastest ever motorcycle lap of the Cadwell Park circuit which was set by Leon Haslam last year during qualifying at 1m25.932s.

Despite it being a circuit that he is truly spectacular to watch at, and one which has brought him some success, Josh doesn’t list the track amongst his favourites.  We spoke to him before he went out on track at Thursday where he gave us his take on the circuit.

“Cadwell Park is most known for the jump, and I’ve become popular with the fans for jumping it but that causes people to assume I love the Cadwell Park Circuit. The truth is I don’t particularly like it that much.

“It’s a tricky circuit to get a set up for. The first half of the track is fast and flowing while the second half is all first and second gear, really tight and twisty. You can never get the bike to do both perfectly so that can be frustrating.

“The circuit is also very narrow so at Superbike speeds you feel like your riding on a balance beam.

“This weekend there is an added three-hour practice on Thursday evening so this will be valuable to get some extra track time and attempt to find that set up with the least compromise. Everyone will be out there doing the same thing, so no advantage, but still nice to get the set-up closer.

“I’m excited to see how the Ducati works here, it’s been very competitive bike at most rounds this year so far so hi expectations.”

He then went out and found the Ducati working pretty well there right out of the box.

Danny Buchan had been running inside the top five for the majority of the test, holding off the improving Scott Redding, who moved up the order as the test progressed on the second of the Be Wiser Ducatis.

Christian Iddon was the leading Tyco BMW in fourth place, ahead of local hero Peter Hickman who completed the top five ahead of Tommy Bridewell and Andrew Irwin on the Honda Racing Fireblade.

Glenn Irwin was back inside the top ten on his second appearance on the Tyco BMW, holding off Xavi Forés and Luke Mossey who completed the top ten, but the OMG Racing Suzuki rider crashed in the final ten minutes sustaining an ankle injury. Josh Elliot also crashed at the end of the session at Park uninjured. 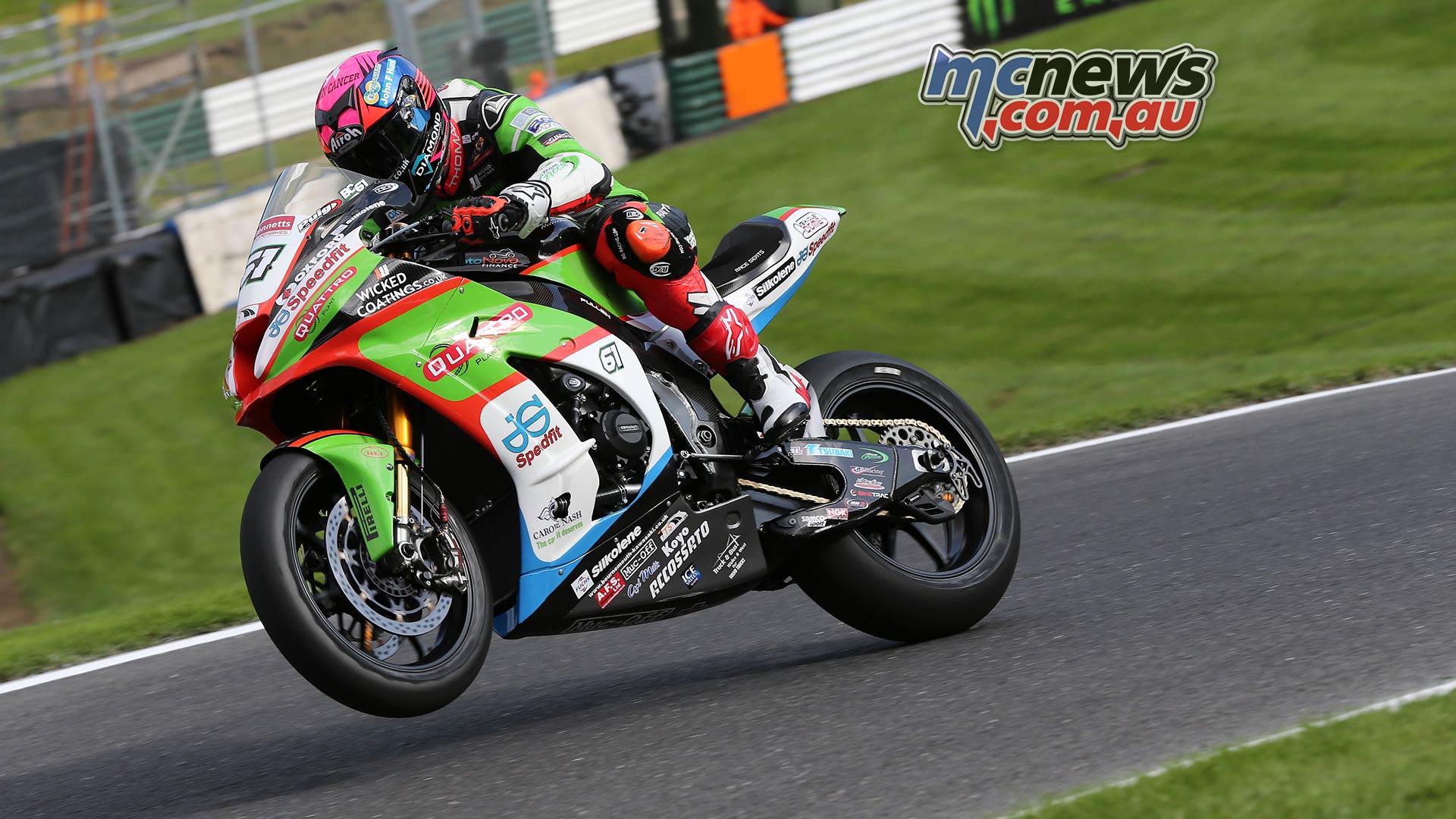 Showdown place on the line for Brookes this weekend

Italians out in force for Biker Fest