The way the current championship is shaping up, I would be very unsurprised if some of the teams didn’t start waterboarding their crew chiefs.

Even Rossi acknowledged in a pre-race interview that if it hadn’t been for Marquez’s recent oopsie DNF, they would all be much further behind in the points than they are now.

And then I can guarantee you he called Yamaha HQ and had a few choice words about top speed. The Yamahas are still the slowest straight-line factory bikes out there, so it really doesn’t matter whether Vinales ever gets his mojo back or not, Rossi is not happy.

Marquez’s Honda does not seem to be struggling anymore against the Factory Ducatis in terms of top speed. Or that may just be Marquez – who handed Honda its 300th Grand Prix win on the weekend.

As usual, Le Mans (celebrating its 50th anniversary as a Grand Prix track) proved to be a bit of a wrecking yard – except for Marquez, who once again saved the unsavable low-side in Practice. Interestingly Lorenzo did not save the very same low-side on the very same corner a few minutes earlier.

Mir and Abraham were so freaked by the new surface, they both fell off on the warm-up lap in almost perfect synchronicity, and for no real apparent reason, since neither rider was near the other.

The new surface is dark, so it’s hard for the riders to see how wet the track is. And half the Practice sessions were wet. The only highlight there was Rossi risking it all in Q1 on slicks to get a place in Q2.

The track was drying in Q1 and it worked. The track got wetter in Q2 and it didn’t work when he tried it again. Still, starting in fifth was better than starting in 15th.

Ahead of the Doctor, Marquez sat on pole, followed by three Ducatis – Petrucci, Miller and Dovizioso. Danilo must have seen Jack trying his factory leathers on for size the day before and tried a bit harder.

But in terms of trying, no-one tried harder than Jack Miller. In doing so, he became the first racer to actually have a crack at Marquez since Qatar.

And boy, did he have a crack. He actually led the race for a bit in the early stages, dicing with Marquez like he meant it.

Behind the two of them, Rossi, Petrucci (who had also had a small crack at Marquez then backed off in terror) and Morbidelli, were deciding who was going to be third.

Then Dovi started to come along, and not far behind him, came a raging Pol Espargaro, wringing the Austrian neck of his KTM harder than anyone thought possible.

Vinales was back in 13th because Vinales, and the new wunderkind, Fabulous Quartararo, was behind him in 14th.

Miller’s tussle with Marquez for first was allowing Dovi and Rossi to close the gap the leading two had managed to eke out, and for a brief, shining lap or so, it looked like there might actually be a serious race here.

Then Dovi passed Rossi because he knew what was going to happen next. I guess he wanted to be closer to the front when it happened.

Up the back, Bagnaia rammed Vinales, presumably because Maverick looked at his sister, and 100,000 crazed Frenchman cheered and howled like beasts.

With 17 laps still to go, Marquez must have understood the howling to be for him, and just turned it up. Rossi’s heart could be heard breaking from my couch. He allowed Petrucci past him into fourth.

Halfway through the race, Marquez was 1.3 seconds clear of Miller and Dovizioso. The world champion was consistently two-tenths of a second faster through the last sector than anyone else and his lead just kept building.

Miller, who had clearly ridden his tyres unto frying, ran wide at La Musée, and let Dovizioso past. But that did not matter to Marquez, who was now 2.2 seconds clear with nine laps to go.

It was now Fabulous’s time to shine. And he started beating the hell out of Lorenzo for 10th place.

Asparagus P was still gladdening the hearts of every Austrian, and when he brought it home in sixth, only five-odd seconds behind Marquez, the wisdom of using a tubular steel frame could not be denied. KTM is coming, pilgrims.

But it was not coming that Sunday in France.

Only Marquez was coming.

Behind him, the two Factory Ducatis followed by Miller’s pretend factory Ducati watched Marquez coming… or going, as the case may be.

Obviously, Miller had to be relegated to fourth, behind Dovi in second and Petrucci in third, or there would have been even more trying-on of Factory leathers by the Aussie. This is not lost on Danilo, whose contract is up this year.

Rossi came a lonely fifth, and retired to make his phone calls to Yamaha. Behind him came Asparagus P, Morbidelli, and Fabulous Quartararo, who fed Crutchlow his man-parts. But at least Cal got to beat Rins, who clearly felt this was a by round for him.

Still, he did beat Lorenzo, who once again managed to ride backwards from eighth on the grid to eleventh in the race.

And I’m sure the rumours of him being read the riot act by Honda are just rumours. I’m sure Honda will be as tolerant as Ducati of Lorenzo’s special ergonomic needs. Positive.

What to do about Marquez?

The championship ladder is still pretty tight. But the bloke leading has one DNF on his card.

That is ominous. Mugello is next.

Boris on the Valencia MotoGP | The Final Curtain 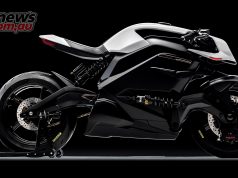 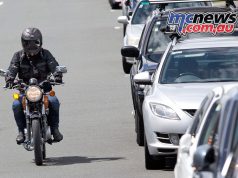