Luke Clout, snatched the points leaders red plate in the MX1 division at round five after a consistent performance throughout the first half of the year. Clout holds a small four-point gap over his nearest rivals but acknowledges now is the time to really knuckle down as the championship heads towards the business end of the season.

“The first half of the MX Nationals has gone well, and the CDR Yamaha Monster Energy Team have worked hard to ensure we have all the tools required to win. Apart form the first round in the mud, I have been consistent at the other four rounds and that will need to continue if I’m any chance to win the championship this year. Apart from a week off straight after Murray bridge, I have kept my head down and feel like I’m riding as well as ever, so I look forward to getting back on the start line again and hunting down a championship with Yamaha.”

Hayden Mellross had a solid mid-season break competing in the Manjimup 15,000 and the King of MX, taking positives away from both weekends that he is going to be putting into action this weekend to try and close the points gap between him and current series points leader Luke Clout.

DPH Husqvarna’s Todd Waters is currently holding down third place in MX1 and has had a busy mid-season that saw him head over to the USA to contest the opening rounds of the AMA Motocross Championship.

“My USA trip really was unbelievable. It’s extremely rare to be able to spend 3 weeks living in a RV with your family and racing professional motocross on the opposite side of the world. It really has been a dream come true! My FC450 didn’t miss a beat, and although I’m always working to move forward and improve, I’m happy that I got to show that I have the pace to run with the best in the world, and even better, we did it as a family on a shoe-string budget. Heading into round six, my confidence is high, and I know that I can put the DPH Husqvarna at the front of field.”

Kirk Gibbs has recovered from his shoulder injury sustained at round five of the MX Nationals in Murray Bridge and charged on to a second place finish at Manjimup in a confidence boosting ride. With an additional couple of weeks training, Gibbs will hit round six at close to 100 per cent and is out to claw back the vital points lost.

“The break came at a good time with my injury and I was able to take some time off and allow it to heal before getting back on the bike. Since Manjimup, I pulled up pretty well and have been able to resume my regular program so its full steam ahead for the final five rounds with the goal to win as many races and rounds as possible.”

The MX2 class will see the ever consistent and 2017 MX2 champion Wilson Todd head into round six with the red plate aboard his Factory DPH Husquvarna .

After competing in the AMA Pro Motocross in his mid-season break and walking away with a top 10 finish last weekend at High Point, he is sure to bring the speed and lessons he has learnt in the USA back home with him.

“What a season break! Thanks to some of our team partners, I was able to get a last-minute ride in the US and that really keep my momentum going from the first half of the season. Now I’m back, and turning my attention straight back to racing the FC250 this weekend. I feel good, and I feel fast. I really love racing my bike and just want to get back on the DPH Husqvarna and get to work.”

Jay Wilson sits in third place on his YZ250F in the MX2 class, just two points from second and 25 from the championship lead. Wilson has finished 2-4-3-2-4 in the first five rounds to be well placed in the championship. But the competition is fierce in MX2 and Wilson is aware that he will need to pour on the pressure in the next five rounds.

“Its been my best start to a motocross championship and considering some of the issues we have faced, things are looking pretty good. During the break, I did some of my coaching schools which is something that I really enjoy, but now its back down to business and going all out for this championship.”

It has been an up and down start to the year for the Serco Yamaha team but despite some challenging rounds, team riders Nathan Crawford and Aaron Tanti, sit fourth and fifth respectively in the highly competitive MX2 (250cc) class but at the same time, desperate to improve their position by series end.

Crawford came into the season under an injury cloud that saw him sidelined for over eight months in 2018. He has worked hard to over come these issues and now feels he is back to where he needs to be and ready to charge home in the championship.

“Being off the bike for so long has so many effects on your racing, that you don’t even realise it at the time. From the lack of fitness, to race hardened intensity, to simple things as missing out on valuable testing time to ensure everything is sorted. We have continued to work during the break to make up for the lost time and I feel a lot more confident approaching the second half of the series knowing that the back ground work has been done.”

For Aaron Tanti, he needed to take a week or two off to recover from a finger injury prior to rounds four and five but is now back to full fitness and ready to go. Tanti raced some local events to get back into race shape and placed well so his goals for the final half of the championship are nothing short of podiums.

“My goal every time I race is to try and win or at the very least, end up on the podium at each round and nothing has changed. I was able to do that a few times in the first year of the year, but I want to be much more consistent in the back half and pull of as many race wins as possible.”

Raceline KTM’s Regan Duffy has maintained the red plate for majority of the first half of the season in the MXD class, and is coming off a huge win at the Manjimup 15,000, becoming the youngest rider to ever take out the historic event, boosting his confidence heading into the remainder of the season.

“I’m feeling better then ever, I’ve had Josh Adams as my training partner this off season so it’s been unreal. Also I’m feeling more confident coming off the Manjimup win.”

Max Purvis currently sits in second place in the championship, just 17 points from the series lead but needs to clean up his consistency in the final five rounds.

“It’s been a little up and down for me in the first half so my goal is to make my good races a win, and my not so good races a top three as every point is going to matter in the run home. I have worked hard on my starts as putting myself in a good position early in the race is so important in MXD this year.”

Watch all the action live via www.mxnationals.com.au 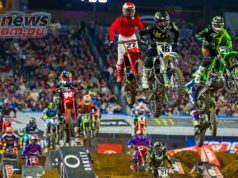 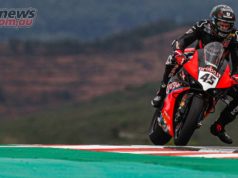 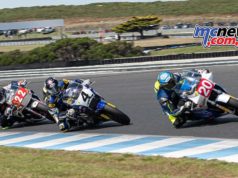