On Day 1, it was Syarifuddin Azman who was fastest in the near-perfect conditions. The Malaysian left it until late in the day – the eighth 20-minute session of track time – but topped the timesheets by 0.172 from Harrison Voight. Those two are veterans, but rookie Taiyo Furusato was already up into P3 on Tuesday and impressing, ahead of fellow Japanese rider Gun Mie. The experienced Herjun Firdaus from Indonesia completed the top five.

On Day 2, the conditions were slightly cooler and cloudier but the rain stayed away once again, allowing the grid to get in another six 20-minute sessions – followed by a race simulation and race start. By the end of play Furusato was again a headline act as the Japanese rookie’s 2:16.863 sees him top the combined timesheets, with Hamada running him close to make it a 1-2 for Japan. Harrison Voight was third overall, but 0.379 from the top.

Thurakij Buapa of Thailand was P11 overall, with Indian rookie Mikail Salih only half a tenth behind and taking 12th. Azyran Wahyumaniadi, Watcharin Tubtimon and Thanakorn Lakharn lock out the fastest fifteen ahead of returning Rei Wakamatsu.

Australian rookie Carter Thompson, at 12 years of age the youngest rider in the field, was within two-tenths of what would be a points-scoring position in a race. Due to his small size Thompson needs to carry an extra 10 kg of weight on his ATC machine to help with parity.

There were incidents and crashes for many on the grid during the test, but all riders were ok and back out with two exceptions. Unfortunately Australian 14-year-old Max Gibbons suffered a compressed vertebra as a result of a Day 1 fall and didn’t ride on Wednesday. Alfred Sablaya of the Philippines crashed and injured his hand on Day 2, with surgery planned.

The IATC will be back in action in a few weeks in Qatar as they gear up for Round 1 at Losail International Circuit, racing alongside MotoGP from the 6th to the 8th March. 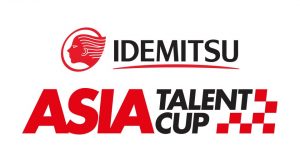