by Motorcycle News
in Endurance Road Racing, Suzuki News
A A
Share on FacebookShare on TwitterShare

Yoshimura SERT Motul has made it back-to-back wins in the 24 Heures Motos to begin the defence of its FIM Endurance World Championship title in style.

Riders Gregg Black, Sylvain Guintoli and Xavier Siméon were supreme for the Le Mans-based squad to win the 45th edition of an event that welcomed fans back after two years of COVID-19 restrictions and resulted in a combined attendance of 62,000. 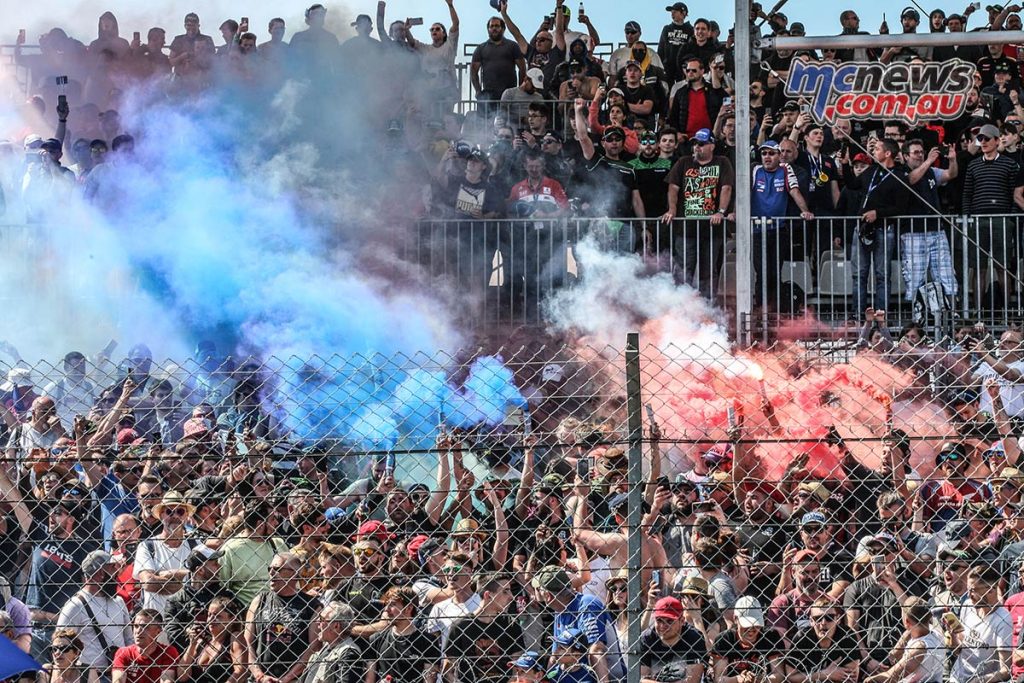 Otherwise, it was a result that reflected Yoshimura SERT Motul’s professionalism and meticulous preparation during 24 challenging hours, an approach that was visible up and down the pitlane as tireless human endeavour – mainly by volunteers – took centre stage.

“It’s an incredible victory and much harder than last year,” said British-born Frenchman Black, who was able to take the traditional running start despite breaking his heel during the Le Mans Pre-Test last month and set the fastest lap of the race. “The other teams were really, really strong so we had to keep pushing for 24 hours, so the stints were intense, fast and the pace was absolutely incredible. My team-mates did a great job, we’re really happy and proud.”

Yoshimura SERT Motul Team Director Yohei Kato said: “Last year we won the 24 Heures Motos and Bol d’Or and this year we have three 24-hour races. We developed the bike and make our team work focused on the 24 hours, so to achieve this win I am very satisfied with our team, our bike and our riders.”

In addition to the extra 23 points acquired in qualifying, and at the 8th and 16th hours of the race, 40 points were earned for the victory which gave Yoshimura SERT Motul a total of 63 points for the round, eight more than YART and 14 more than third place finishers F.C.C. TSR Honda France.

YART – Yamaha Official Team EWC started the EWC season opener on pole position for the third year running after Karel Hanika set a new lap record during Friday morning’s Second Qualifying session. But when the Yamaha YZF-R1 wouldn’t fire up at the start, the Czech rider joined team-mates Niccolò Canepa and Marvin Fritz in engaging in a heroic charge through the field to finish second, despite the starting issue remaining a hindrance throughout the race.

“Our target was to get off to a good start for the season. We did not enjoy a great start during the race, but we fought back superbly to ensure we scored as many points as possible, which is the most important thing. It has been a while since we finished a 24-hour race. So, this result gives us confidence with the bike and the team for the rest of the season, especially in the two 24-hour races. The next race is at Spa, and we are ready to take the top step of the podium. I am thrilled because our riders, team, and bike performed perfectly apart from the issue at the start. In 24 hours, not one rider ran off track, we did not have one bad pit stop, and apart from the start, the bike was perfect. We have to be happy, as we are just 8 points behind the leaders and already have more points than the winner of Suzuka will get, so we are happy!”

F.C.C. TSR Honda France, with Mike Di Meglio, Josh Hook and Gino Rea riding, was in front after eight hours, but the squad’s challenge soon unravelled with costly pit-stops required to fix firstly a gear selector issue and then to replace a broken muffler. A ride-through penalty caused further delay, while team newcomer Rea fell on Sunday morning, but was able to bring the Fireblade back to the pits for repair. Although the delay briefly dropped F.C.C. TSR Honda France out of the podium places, it wasn’t long before the position was reclaimed.

Viltaïs Racing Igol ran as high as third and was in a comfortable fourth place as the best independent outfit when a technical failure led to a heart-breaking exit for the French team.

Team 18 Sapeurs Pompiers CMS Motostore hit back from delays caused by a broken oil filter to convert its Dunlop Superstock Trophy pole position into the category win in a fine fourth overall with its production-spec Yamaha. However, BMRT 3D Maxxess Nevers, National Motos, No Limits Motor Team and Team 33 Louit April Moto all enjoyed spells at the front of the category with the top three often running in close proximity to each other. It was the ultimate advert for the Dunlop Superstock Trophy, which is contested by smaller, lesser funded teams.

Myriad delays restricted Tati Team Beringer Racing to P11, while ERC Endurance Ducati’s fightback following a crash when Xavi Forès avoided a backmarker in the seventh hour was slowed by a lengthy pit stop on Sunday.

The Anthony Delhalle EWC Spirit Trophy is awarded by a jury at every FIM EWC in memory of the sporting spirit of Anthony Delhalle, the Suzuki Endurance Racing Team rider who passed away in March 2017.  This year the recipients were Anthony West and his MACO Racing team-mate Enzo Boulom, who completed the 24-hour distance as only a two-rider team.

Wójcik Racing Team was forced to retire its #77 entry following a mechanical failure and an accident. A holed radiator ended BMW Motorrad World Endurance Team’s hopes of what was shaping up to be a strong bid for a podium finish.

“The race was good – until we had a big stone in our radiator. The water was straight out, the oil temperature went up and the engine broke. It was very disappointing for everybody that the race ended that way. For the riders, for the team, the mechanics, they all had worked so hard this winter to prepare the bike. We were very well prepared but this was something that nobody could foresee. We have a big protector in front of our radiator but this stone was at least two centimetres big and when it hits the radiator at 260 km/h then nothing helps. This happens, we are very disappointed but we will come back!”

Webike SRC Kawasaki France was had podium hopes of its own but they were dashed when the team was forced to spend more than one hour in the pits during the night.

It was a dramatic start to the race on Saturday when Christophe Seigneur was unable to avoid colliding with a slow-moving Bradley Smith. Seigneur was able to walk back to the pits, but ex-MotoGP rider Smith was taken to hospital for medical checks as a result of the substantial rear impact, having received immediate medical attention at the side of the track when the field circulated under safety car conditions. Smith suffered no serious injuries but will remain in hospital for a period of observation. His team MOTO AIN, worked furiously to repair the damage but with the Yamaha not running in perfect order when it returned and with only two drivers available for the full 24-hour duration, the French outfit made the tough decision to withdraw.

A track as legendary as it is demanding hosts international-level motorbike racing for the first time since 2001 when the 24H SPA EWC Motos revives the spirit of the 24 Heures de Liège, once an EWC calendar mainstay.

The iconic circuit has undergone extensive safety upgrades mandated by FIM and FMB specifically for the EWC’s return. Central to the changes, which have been ratified by the FIA in line with car racing requirements, are expanded run-off areas at several corners, the repositioning of safety barriers in some sections, plus the minor realignment of Turn 9, for bike use only.