The 24 Hours of Le Mans is set to be a cracker in 2018, with five constructors and three tyre manufacturers all in the runnings, across a highly competitive field and the outcome of the 24 Heures Motos is anyone’s guess.

Here’s a look at the favourites to win this 41st edition at Le Mans, which will be held across April 21-22.

GMT94 Yamaha has ruled the FIM EWC roost for the past year, but Suzuki Endurance Racing Team is preparing to get even. Meanwhile, SRC Kawasaki is determined to re-assert its status as the 24-hour-race specialist; Honda Endurance Racing and F.C.C. TSR Honda France are raring to get back on the podium, and BMW is fielding serious contenders for the 24-hour win. In short, expect quite a fight for the top step of the podium at the 24 Heures Motos.

GMT94 Yamaha (David Checa, Niccolò Canepa and Mike Di Meglio) has been top of the heap ever since last year’s 24 Heures Motos 2017. And reigning world champion GMT94 also tops the list of favourites to win on the Bugatti circuit on 22 April.

But all the other teams have used the winter break to fine-tune ways to beat GMT94 Yamaha. For starters, the French team will have to watch out for a rival within the family: YART Yamaha. The Austrian squad has hired Japanese Superbike championship star Takuya Fujita and intends to better its 2017 24 Heures Motos result: YART Yamaha finished less than 20 seconds behind GMT94 Yamaha.

Suzuki Endurance Racing Team has recovered both veteran manager Dominique Méliand and a brand-new Suzuki, which is in top shape for the forthcoming endurance battle. With Vincent Philippe, Etienne Masson and Gregg Black in the saddle, SERT are all set to wreak their revenge and make a triumphant return to the podium.

Following a succession of mechanical breakdowns during the race despite very promising tests, SRC Kawasaki too is openly seeking the 24-hour win. SRC put in hard work and a lot of riding over the winter. “Each of our race engines will have done at least 1500 km to test the reliability of every single component,” says team manager Gilles Stafler.

Randy de Puniet, Jérémy Guarnoni and Mathieu Gines, the Kawasaki #11’s trio of riders, are well up to the task of conquering the top step of the podium. The Bolliger Team Switzerland trio – Roman Stamm, Robin Mulhauser and Sébastien Suchet – can also be relied on to fly the Kawasaki colours with panache.

Like Yamaha, Honda has two top-tier line-ups in the running. Honda Endurance Racing made its return to the podium after another 24-hour race – the Bol d’Or – last September. And now Sébastien Gimbert, Grégory Leblanc and Erwan Nigon are targeting the win at the 24 Heures Motos. F.C.C. TSR Honda France’s rider trio – Kenny Foray, Alan Techer and Josh Hook – have exactly the same objective.

With three machines in the top five at the finish of the 2017 Bol d’Or, BMW offered spectacular proof of its reliability and efficiency. The runner-up at the Bol d’Or, Wepol Racing by Penz13, has put together a promising line-up featuring two British Superbike riders (Christian Iddon, who finished 7th at the 2017 BSB, and Michael Laverty, previously spotted riding for Honda TT Legends and Yamaha YART). They will share stints with Danny Webb.

Another BMW team that did well at the Bol d’Or has also hired from the British Superbike ranks. NRT48-BMW Motorrad, the new name of Volpker NRT48 (now a factory BMW team) has a line-up comprising Peter Hickman, who was 4th past the finish line at the 2017 BSB 2017; Kenny Foray, Lucy Glöckner, the heroine of the Bol d’Or’s edge-of-seat finale last September, and Stefan Kerschbaumer.

Another S 1000 RR to look out for is Mercury Racing’s (as Czech team IV Racing is now known), ridden by Karel Hanika, Jakub Smrž and Sylvain Barrier who is back on the endurance circuit. Although forced to withdraw at the Bol d’Or, Tecmas remains a BMW-mounted contender, with riders Julien Da Costa, Camille Hedelin and David Perret.

The teams will be battling for victory against a backdrop of growing rivalry between tyre manufacturers. Dunlop holds some aces (GMT94 Yamaha, Suzuki Endurance Racing Team and Honda Endurance Racing) and so does Pirelli (SRC Kawasaki, NRT48-BMW Motorrad, Tecmas BMW and Wepol Racing by Penz13), while Bridgestone is spreading its net in endurance as supplier to YART Yamaha, F.C.C. TSR Honda France and Mercury Racing.

Michelin has lost its finest representative with Yamaha Viltaïs Experiences, winner of the 2016-2017 FIM Superstock World Cup, switching to Dunlop to continue the journey towards the podium.

The first official tests of the 24 Heures Motos at Le Mans will get underway on Thursday 19 April. 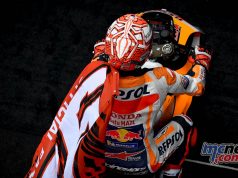 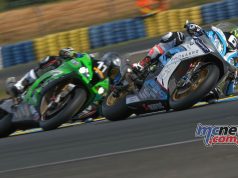 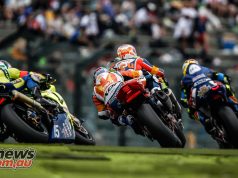