By Nick Edards and Trevor Hedge

Superbike competitors have just returned to the pits after completing the first 30-minute practice session as round five of the YMI ASBK Championship got underway at Morgan Park today.

The 12-turn 2.1km track is located near Warwick, in Queensland Granite Belt which means sun, friendly people and lots of trees.

And kangaroos. Roos like Morgan Park. There’s no B doubles or road trains to ruin their day, there’s plenty of places to graze and lots of shade. 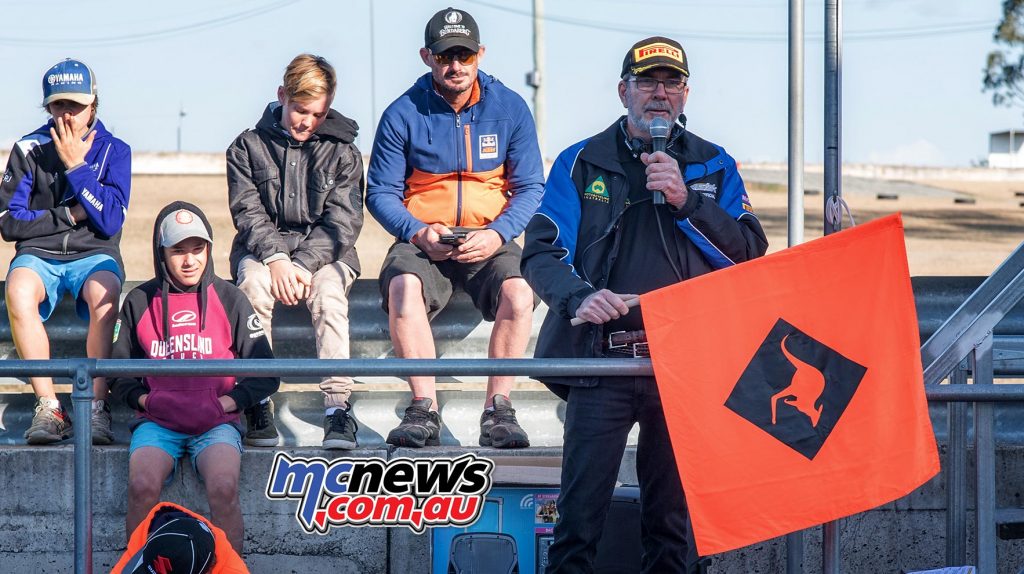 But motorcycle don’t so much like roos. Unexpected meetings rarely end well for anyone. So say hello to the new “roo on track” flag that will almost certainly get some use this weekend.

Riders were introduced to it at rider briefing this morning and it’ll be in action all weekend. If only they can get Qantas to sponsor it, they could turn it into a decent money earner!

Cru Halliday topped the morning session on his Yamaha Finance backed YZF-R1 with a 1m13.734 on the 10th of his 12 laps. 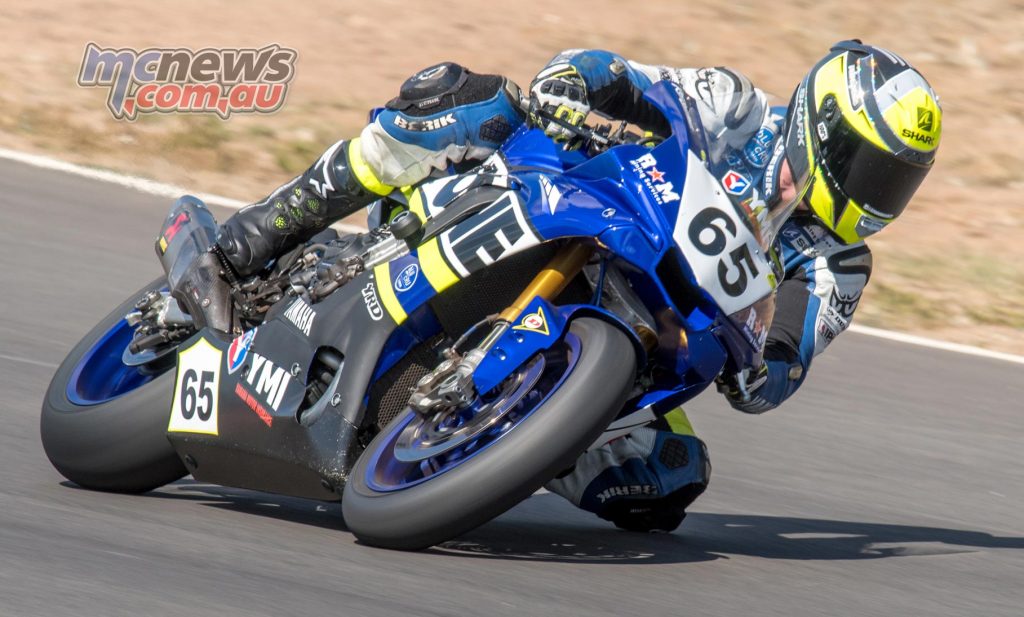 Robbie Bugden was fifth despite stepping off the BCperformance ZX-10R at turn four. 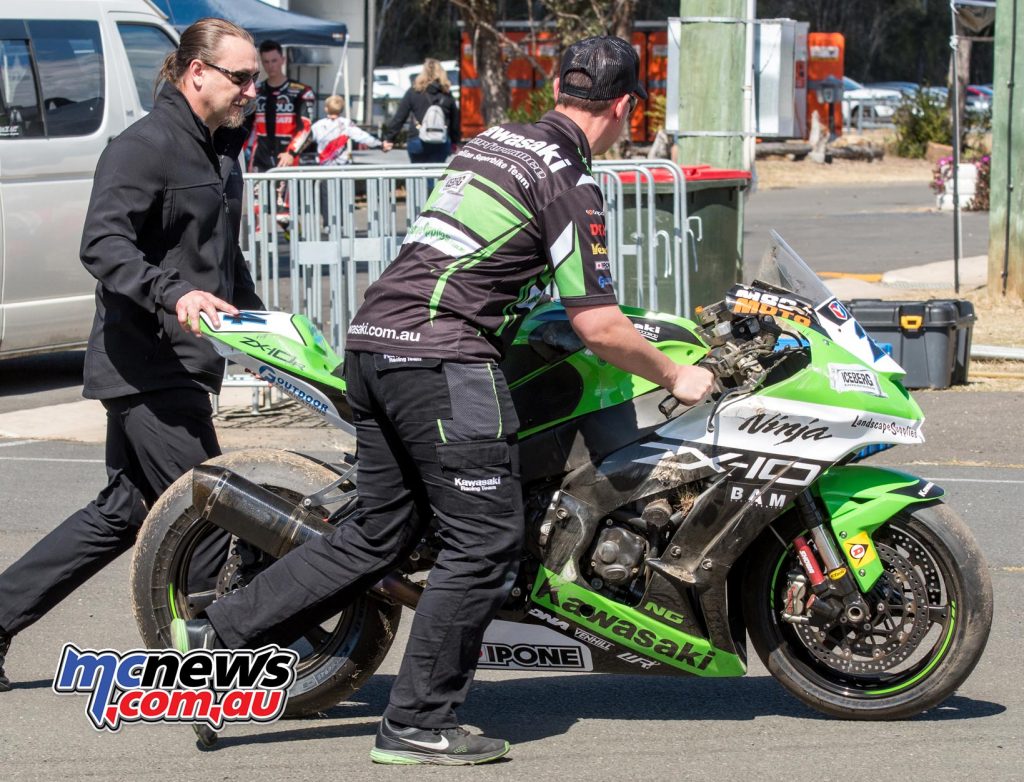 Josh Waters was sixth and Ducati debutante Corey Turner made it five different manufacturers in the top seven. 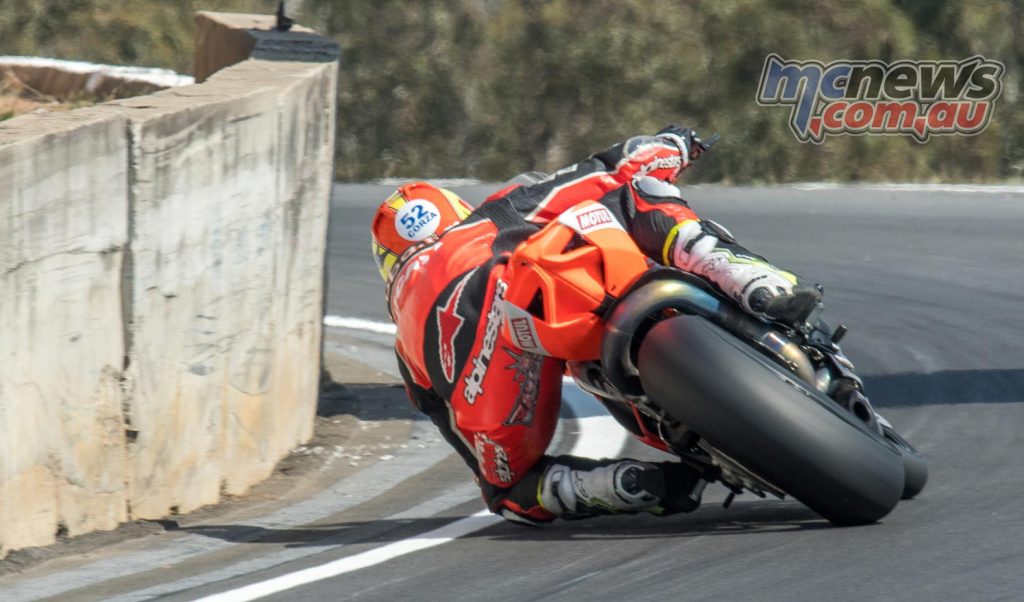 Superbike competitors will take to the track just before 1400 this afternoon for FP2 before their final session of the day, FP3, around 1600.

A shower is threatening to break out of the clouds this afternoon but overall the weather this weekend should be mainly fine. Temperatures are expected to peak in the low 20s while overnight we are heading down to -2 or below zero, the mornings are going to be very crisp indeed!

Liminton’s morning benchmark a 1m17.033, a second outside of the lap record young Tom Toparis set here in 2016. This morning the Goulburn youngster could only muster a 1m20.316 after suffering some sort of problems.

Billy Van Eerde topped the FP2 Supersport 300 sessikon aboard his KTM RC390 ahead of the Kawasaki mounted duo of Lachlan Epis and Reid Battye.

Corey Briffa set the morning pace amongst the R3 Cup competitors while Broc Pearson showed he has lost none of his pace in his gutsy return to competition after breaking both legs, his back and a shoulder in a pre-season testing crash by clocking the second best time of the morning ahead of Jack Mahaffy and Hunter Ford.