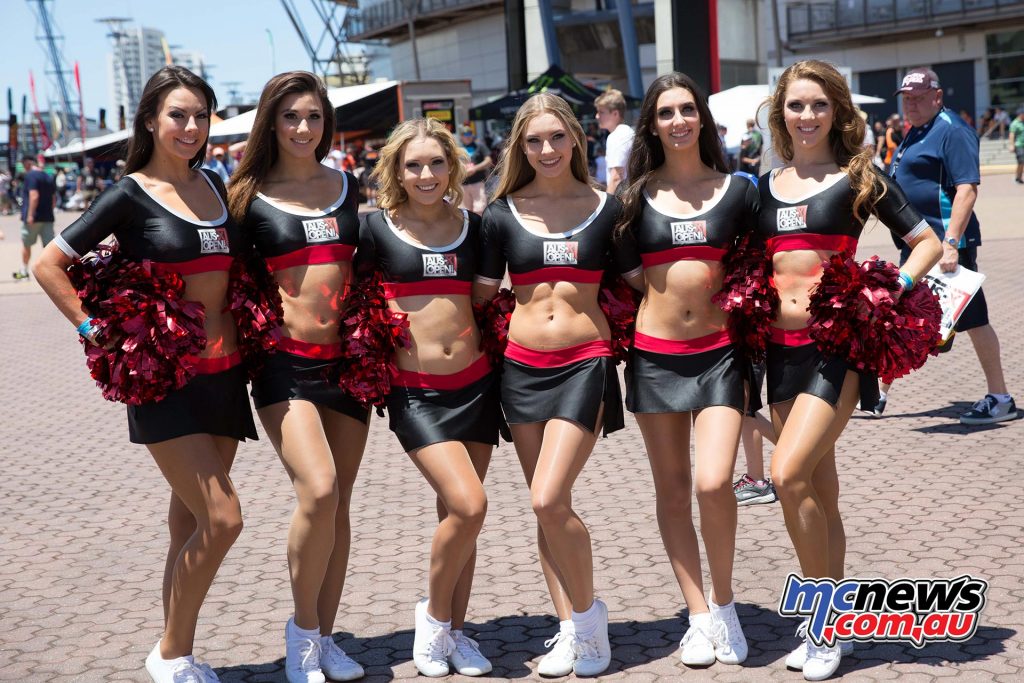 A sea of Hondas rounded the first corner together with Joel Wightman claiming the opening holeshot of the night ahead of Penrite teammates Gavin Faith and Josh Cachia. It didn’t take long however for night one winner Gavin Faith to take charge and lead the remainder of the race. The battle for third heated up in the final stages between Josh Cachia and Kyle Webster, and left Cachia amongst the tracks tough blocks with Webster making the pass.

Hayden Mellross entered the nights heat race looking to avoid the drama of the night before and got off to the perfect start claiming the holeshot. Geran Stapleton matched his pace to the first corner but clashed with Tanti early in the second lap putting them both on the ground. Nathan Crawford moved past into second but had pressure from Richardson, who eventually made the pass. Crawford then came under attack from junior sensation Callum Norton who fell short of qualifying for the night show on Saturday. Norton forced his way past in the whoops but by this time, Richardson had created a significant gap in second; with Mellross racing away to the heat win. 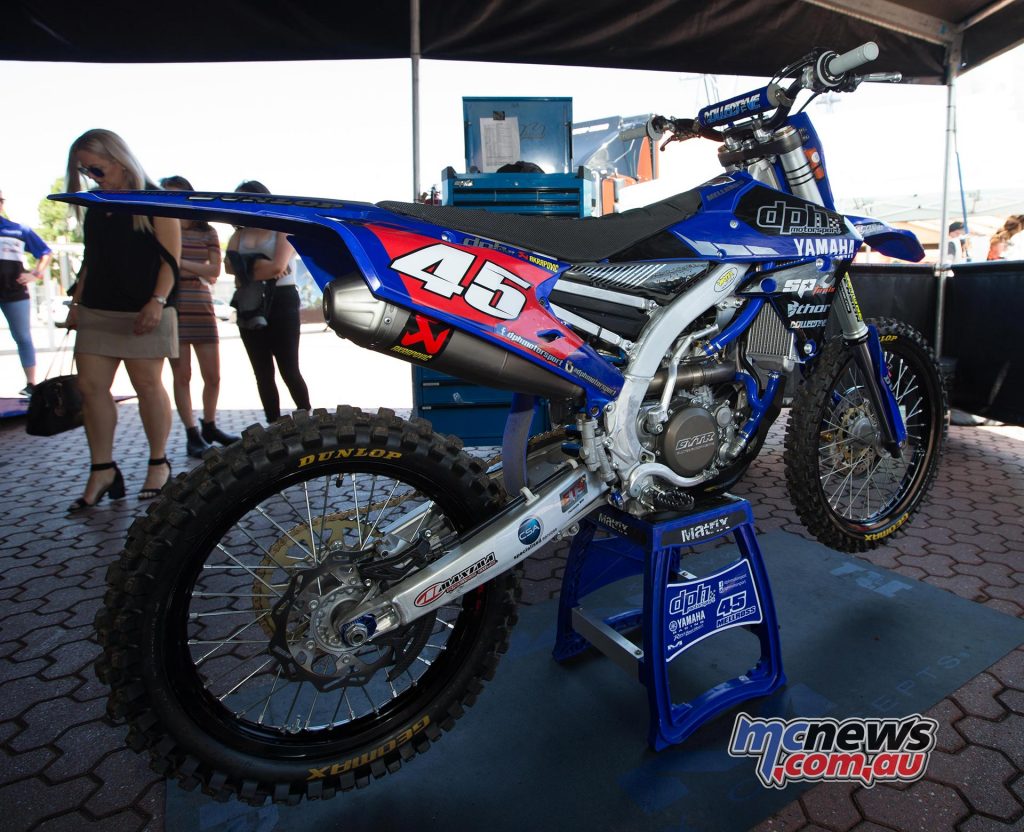 Chad Reed wasted no time at all to get out front, taking the holeshot ahead of Ryan Villopoto and Jay Marmont. It was a matter of turning out solid laps for Reed, who managed to keep Villopoto a safe distance behind. Jesse Dobson pressured Marmont for third before going down heading into the sand tunnel. The crash left Marmont comfortably ahead in third, but not close enough to take it to Villopoto. Reed proved too good once again, beating Villopoto by just over one and a half seconds.

Cooper Webb ran the wide line around the first corner and used the berm to swoop ahead while Dean Ferris hit a tough block and went down trying to take the inside line. Webb pulled away from countrymen Kyle Peters as Chris Alldredge had Justin Brayton hot on his tail. Brayton made the pass and set his sights on Peters. Brayton showed Peters a wheel on numerous occasions before running him wide and sending him over the berm. Webb remained solid out front and took the win. 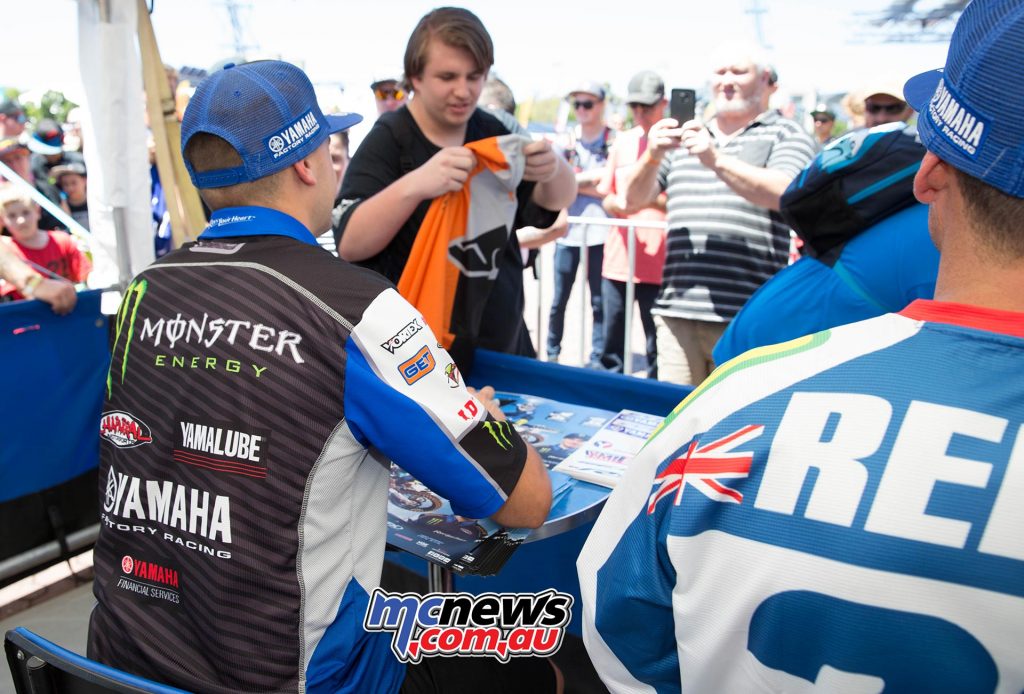 After going down in his heat, Josh Cachia fought for redemption, getting out front early ahead of Kyle Webster and import Blake Lilly. Cachia looked strong and rode smart to slowly gap Webster, while back in the pack Tom Ravenhorst made a move into third by running Lilly wide and holding the race line. Webster wasn’t content with second and put on a last lap charge, but ran out of time to make the pass, finishing just behind Cachia. Ravenhorst took the final qualifying spot in third.

Riders struggled to find a rhythm after the first corner but Jordan Hill negotiated the section best to take the holeshot ahead of Ford Dale and Geran Stapleton. Stapleton made moves early and stuck the pass mid race to move into second. Nathan Crawford looked to relegate Dale to the LCQ and looked to be catching him until losing control in the whoops and hitting the wall face first. It wasn’t the end of the pressure for Dale, with Aaron Tanti making a final corner move but failed to make the pass giving Dale the main event spot, alongside Stapleton and heat winner Hill.

American Wil Hahn hit the white line first but was closely followed by Jay Marmont. Jesse Dobson looked to stumble but regained his feet in third. Hahn layed down the laps unchallenged out front using his experience to cruise through the race. Marmont held his own in second, keeping Dobson at bay a comfortable distance behind. The trio moved into the final, with Todd Waters taking it to LCQ once again. 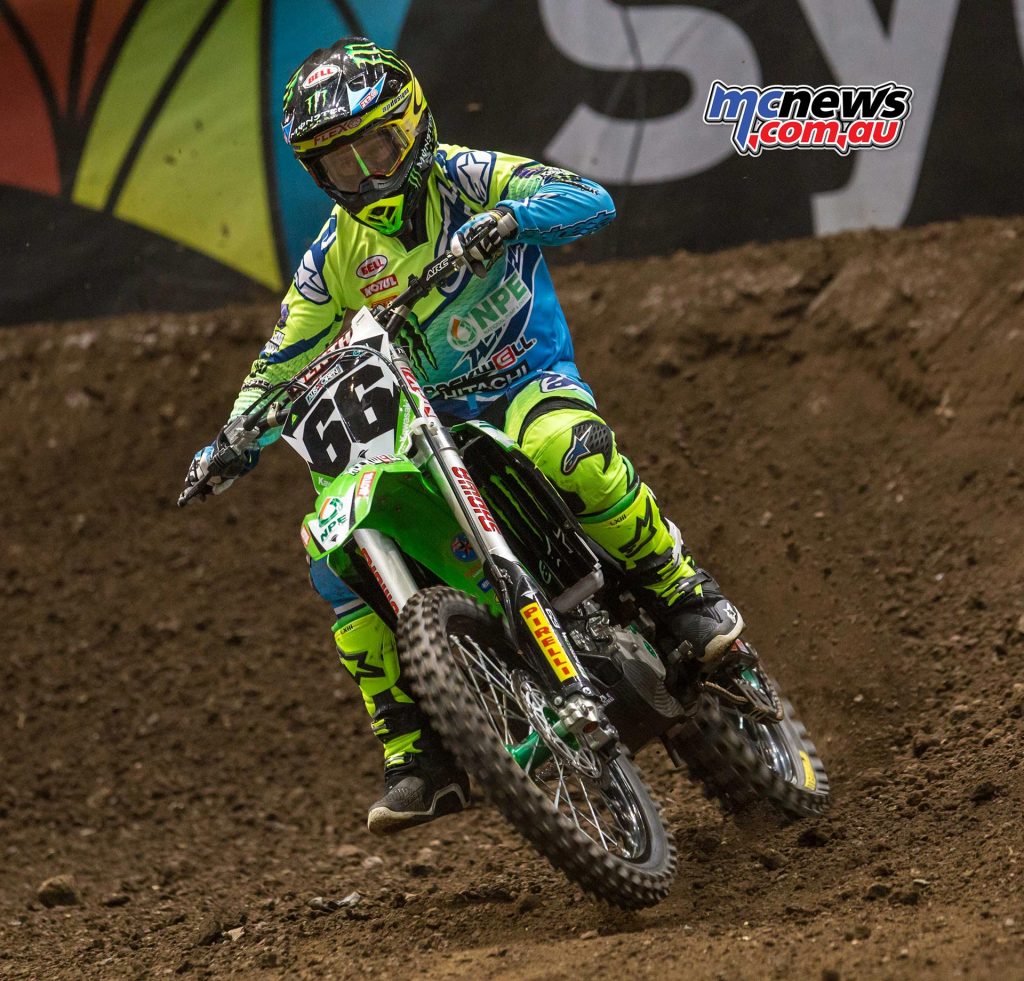 Kyle Peters escaped the bar banging early to take the lead ahead of Dean Ferris. On the charge through the pack, Kade Mosig and Dan Reardon came together sending them both to the ground early and all but out of the race. Ferris found pressure from Chris Alldredge and needed to ride smart to keep him behind him.  Being a short race format, there wasn’t enough time for Alldredge to make a move, but still claimed the last qualifying spot, Ferris coming across second and Peters taking the win. 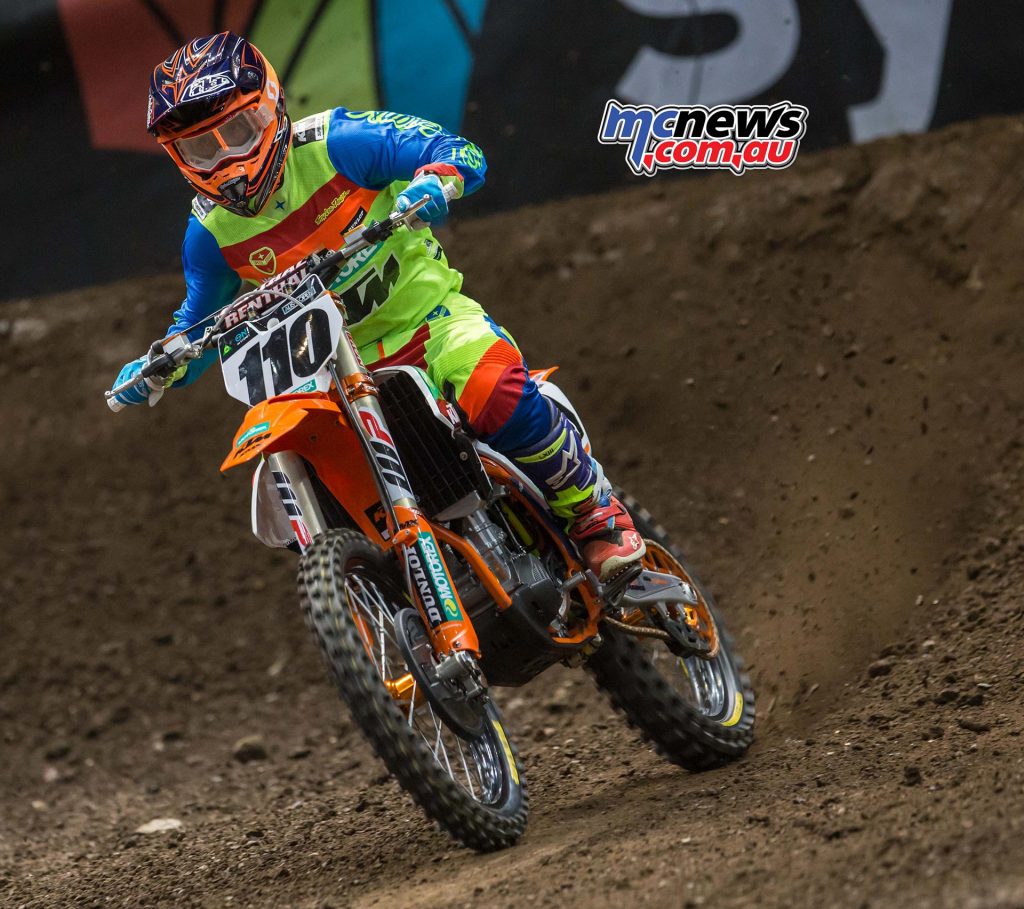 With only two spots remaining Wilson Todd took charge early in front of Kerion Hall and Nathan Crawford. Being only a four-lap race, Crawford needed to make the pass on Hall early but struggled to keep the back wheel of Hall in check. Todd moved ahead out front to win the LCQ ahead of Hall, putting Crawford out of the Main Event for the second time in three races.

A stacked LCQ put some of the series fastest riders up against each other for the final two spots. Dan Reardon grabbed the holeshot and pulled away fast from the field leaving Adam Enticknap, Jay Wilson and Kade Mosig to fight for the final spot. Todd Waters joined the fight for third with Wilson and Mosig, giving Enticknap breathing space in second. The four laps meant it was little too late for most of the field with Reardon taking the win ahead of Enticknap. 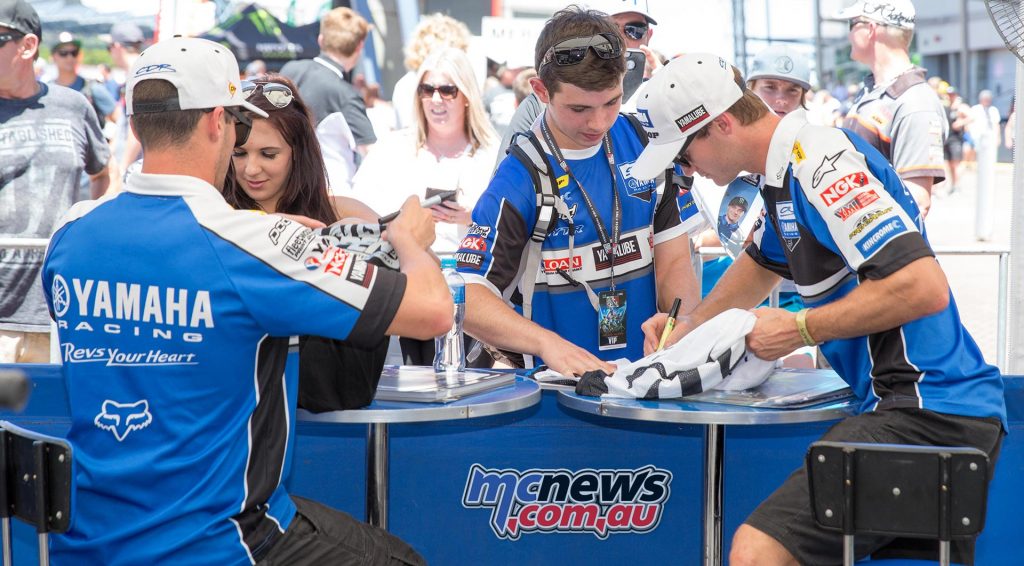 With the championship up for grabs it was all or nothing for Gavin Faith, Hayden Mellross and Jackson Richardson. Faith and Mellross rounded the first corner together but Faith entered the tunnel first while Richardson was buried in the back of the field.

Josh Cachia sat in third ahead of Ford Dale and Tom Ravenhorst and looked to gap Dale early. A third of the way through the race Faith and Richardson were long gone and the pair set charge on taking the race win. Richardson managed to pick his past riders into fourth but Cachia wouldn’t let him have the race on his own terms.

A mistake in the whoops cost Cachia the spot but still held a sizeable lead over Webster in fifth. Mellross took advantage of a Gavin Faith mistake to close up on the tail Faith with only four laps to go.

When all seemed wrapped up, the unexpected happened, Mellross had a mechanical issue with two laps to go and was unable to finish the race. Faith was then on his own and took the win ahead of the new Pro Lites Australian Supercross Champion Jackson Richardson. Kyle Webster made a late move on Cachia to round out the podium. Heartbreak for Mellross who seemed to have the series in in hands, but fell oh so short. 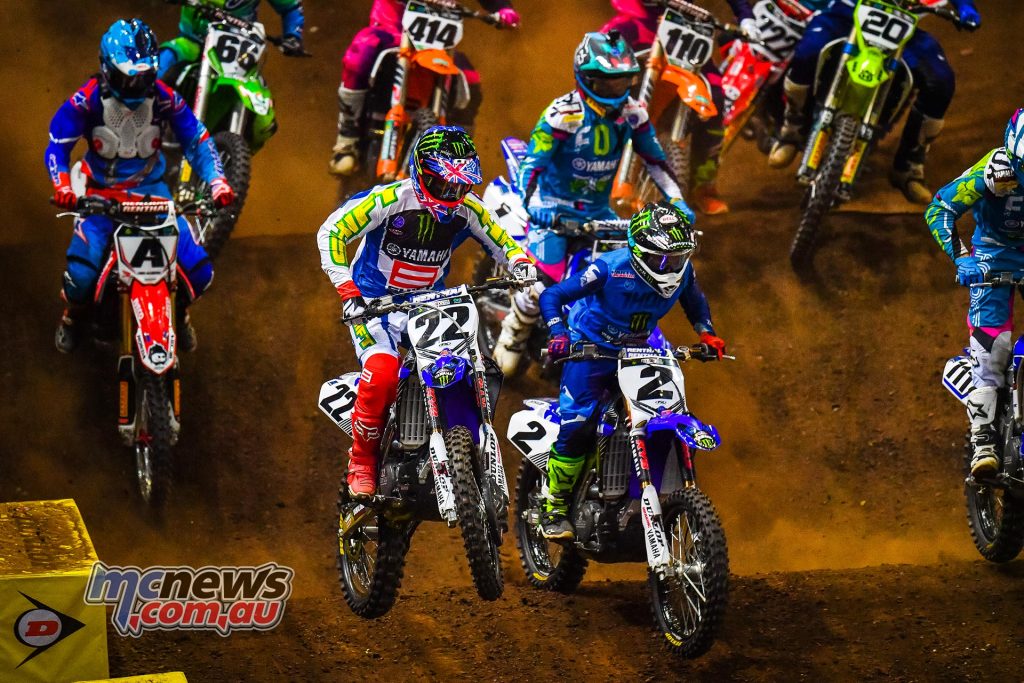 The final race of the year, and it was Ryan Villopoto that stamped his authority with the holeshot. Chad Reed sent newly crowned champion Justin Brayton into the stands, leaving Cooper Webb to come through in third. Reed shut the door in lap three on Villopoto and looked to gap his American competitors behind him. Young blood Webb made the pass through the whoops but had ground to make up if he wanted to challenge his teammate Reed for the win.

Ferris kept tabs on Villopoto in fourth and slowly crept up to the back of him as the race went on. After the first corner incident with Reed, Brayton picked off riders one by one to work up to sixth mid race. Reed could sense Webb was closing in on him and kicked it up a gear in the closing stages to once again pull away from Webb and the field.

All eyes were on Brayton as he made his way into fourth and sat just a few bike lengths of Villopoto with a couple of laps to go. Brayton put in a wheel but Villopoto showed no fight letting him through, taking the chequered in third.

It was the Chad Reed show once again. Lighting the flames for the second time in as many days to beat Webb. 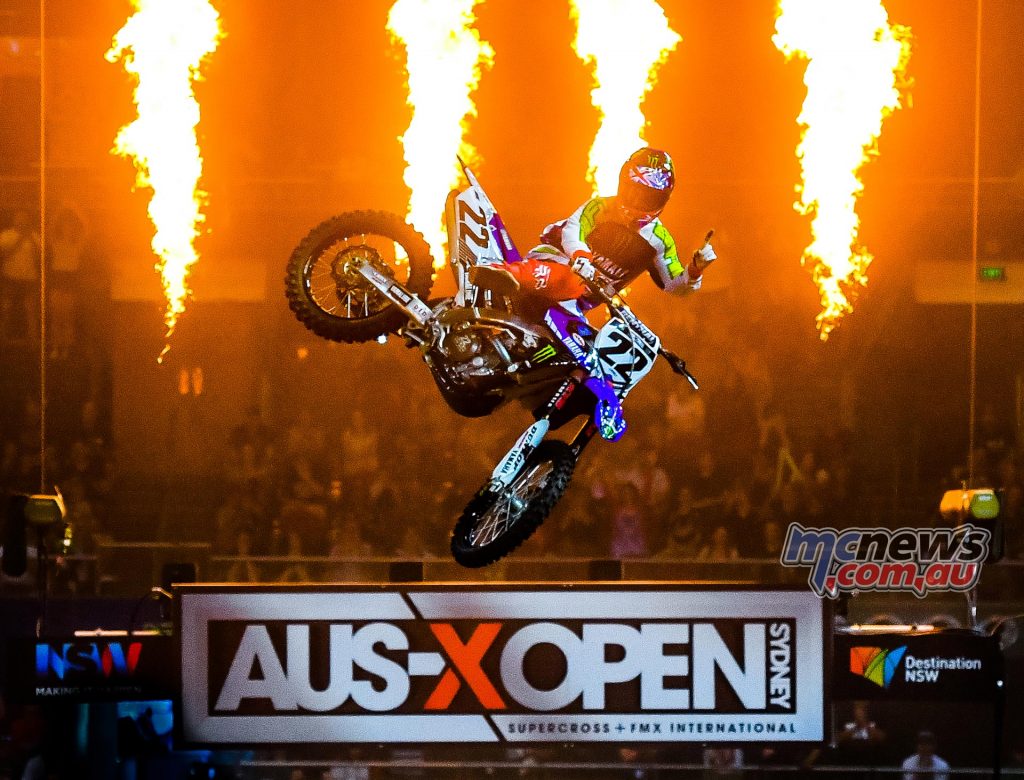 The championship however went to Justin Brayton with a clear series victory over Dean Ferris and Dan Reardon. 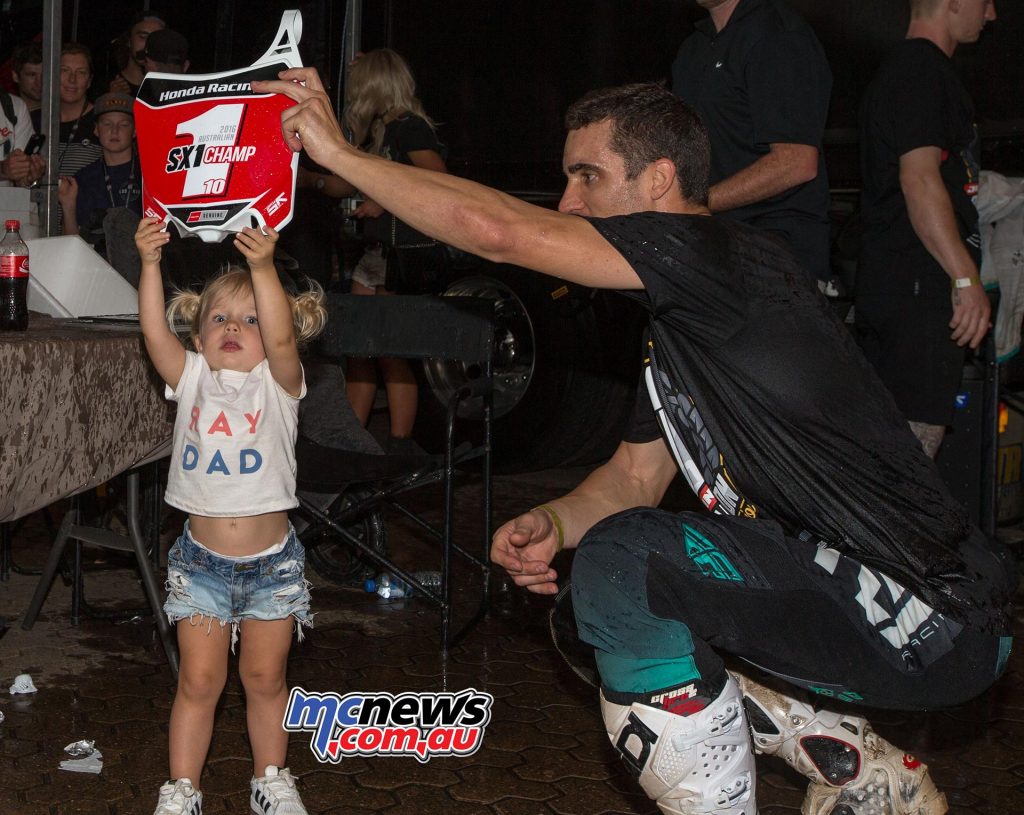 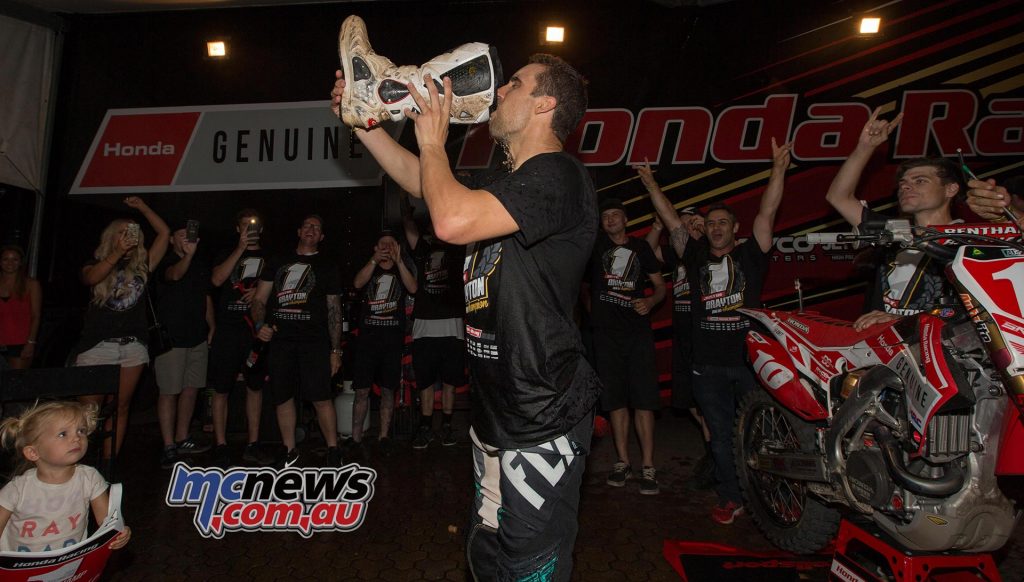 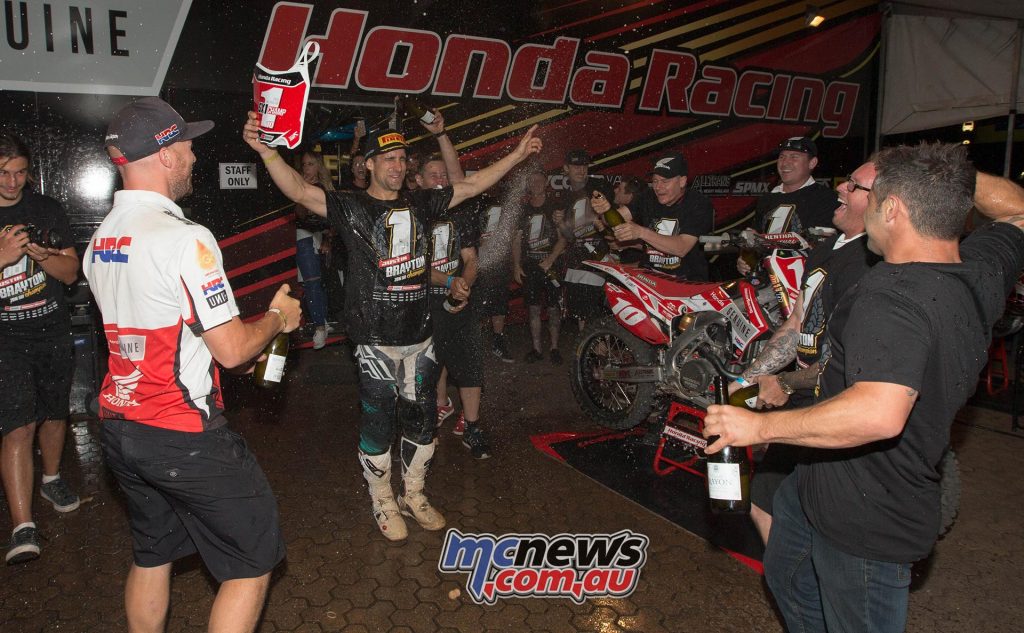 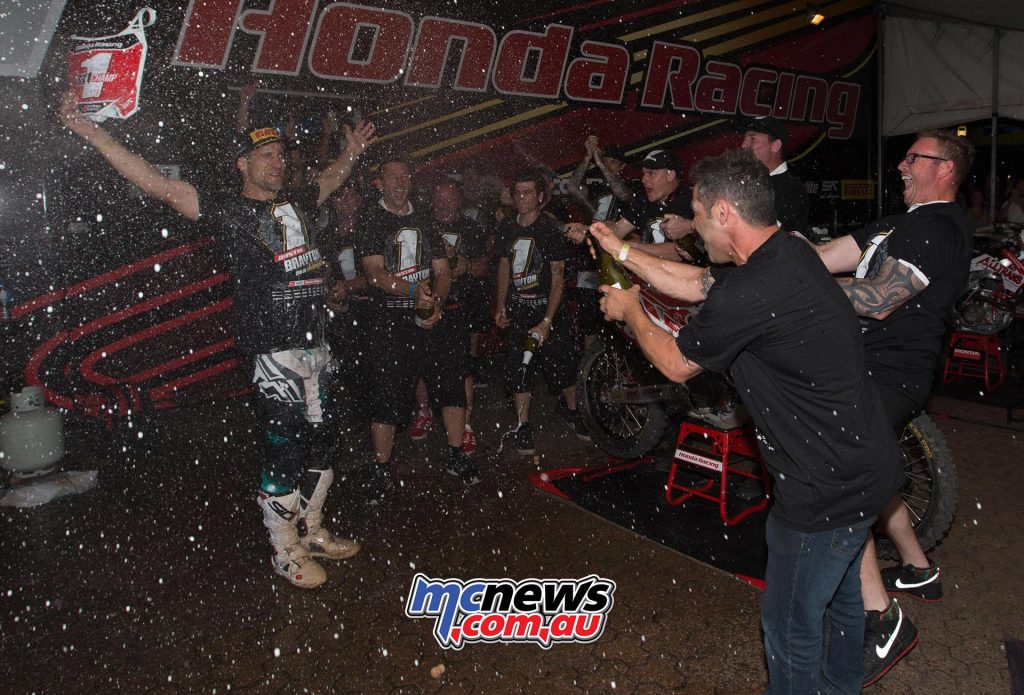