Australia has taken a solid lead over the UK and World 13 teams, after day one of the International Challenge at the Island Classic meet for historic bikes held at Phillip Island in perfect conditions today.

An almighty battle had emerged between Giles, Martin and Sydney’s Josh Brookes in the opening race one – but the action came to a sudden end, when Brookes riding the Suzuki XR69 crashed at 230km/h while tipping into turn one when his bike’s exhaust pipe fell off and the race was red flagged.

Giles was declared the winner, Martin was awarded second and Australia’s Beau Beaton was third. The race was declared after three laps, with full points awarded, and Brookes was removed from the results due to causing the race stoppage. Brookes was unhurt.

In the six lap race two, the battle for victory was fought between Giles and Martin. Giles got the better of Martin on lap three when Martin missed a gear on his Suzuki Katana and went wide going into turn 4.

Giles seized the opportunity and took Martin up the inside. The duo were fearless in their fight to the finish, with Giles crossing .9 of a second in front of Martin.

– ABOUT THE ISLAND CLASSIC

GATES open at 8am with racing from 9am till 5 pm. Kids 15 and under are free for the Island Classic. 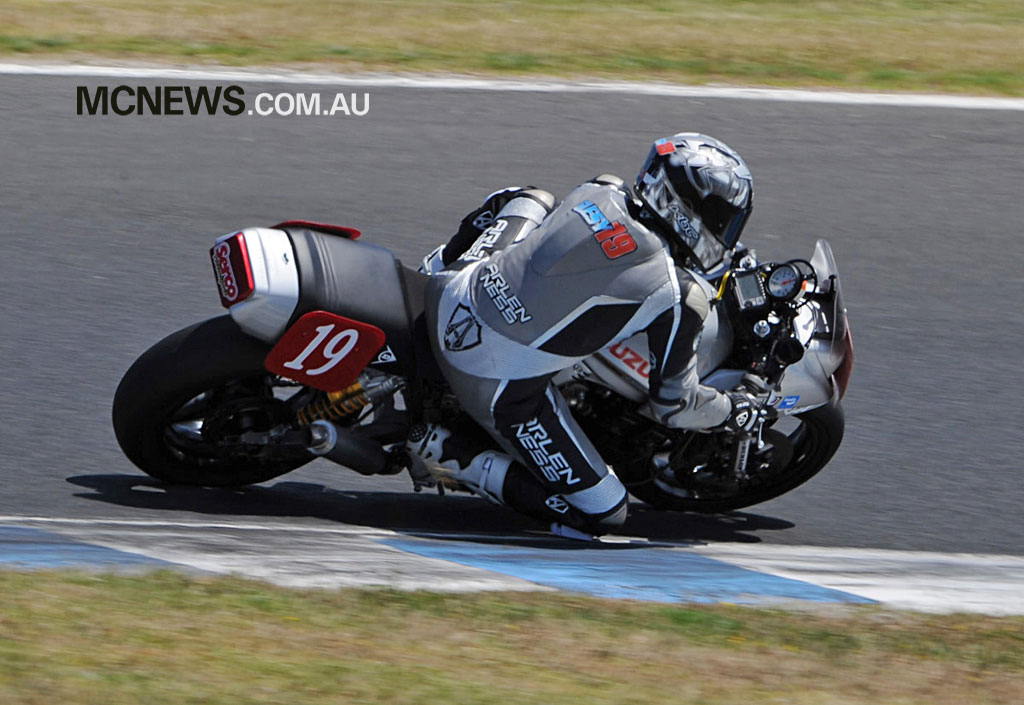