With 2350km traveled across eight days, the 2018 BMW Motorrad International GS Trophy had completed it’s loop of Mongolia, and the South African team came out on top on the final day. Second placed was the USA team, while France completed the top three, with the Australian team 10th. 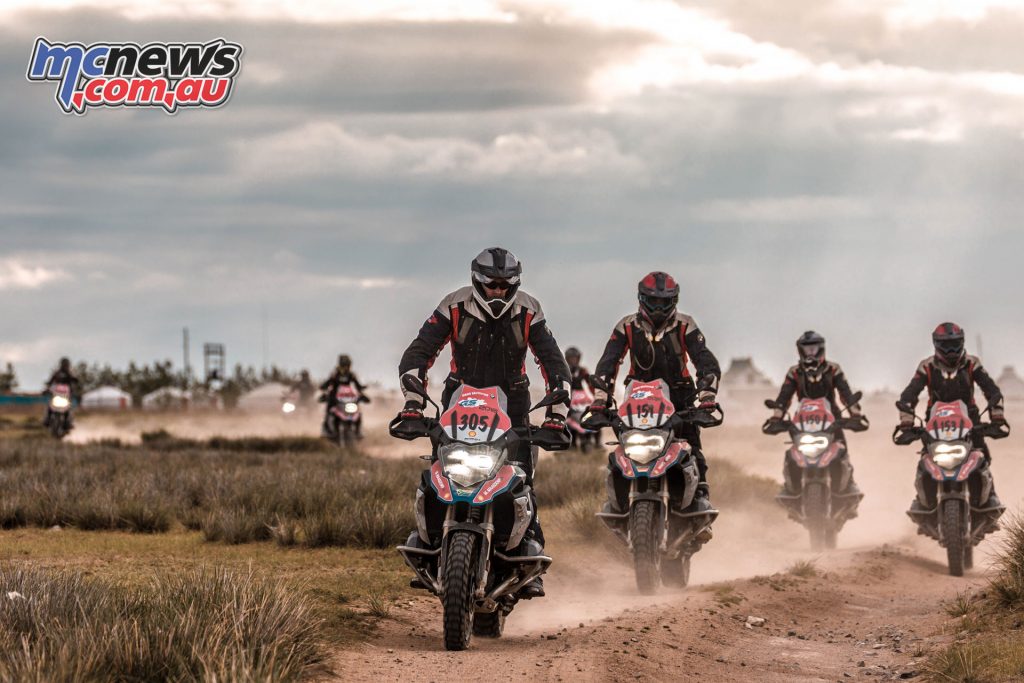 It’s Team South Africa for the second time (having  won the 2016 edition in Southeast  Asia) who are the champions, having confidently protected the lead they brought into the final day. 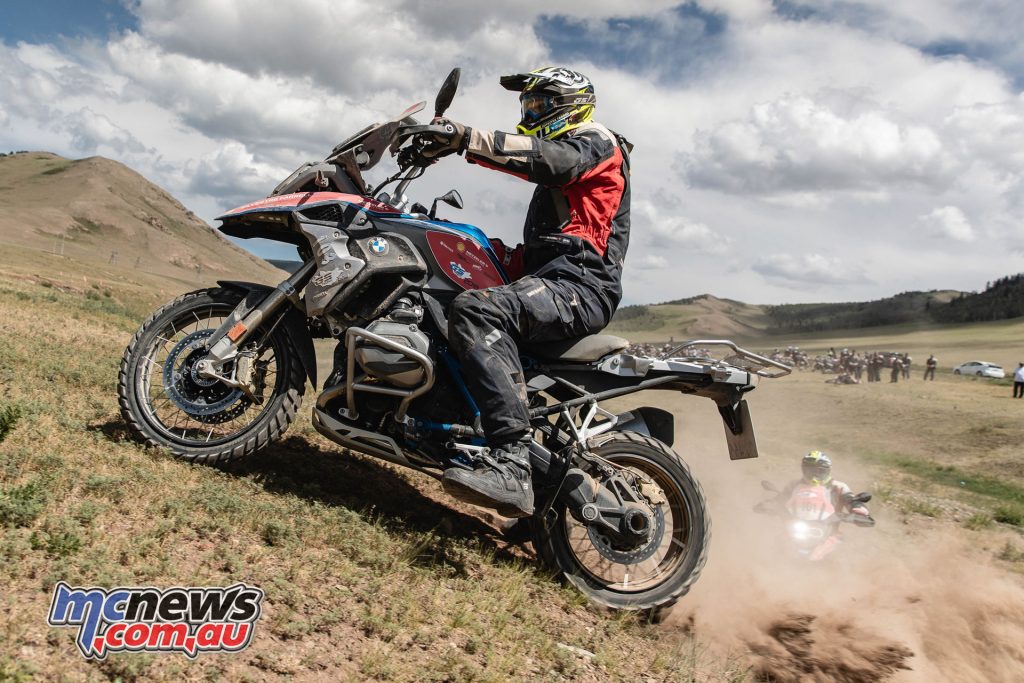 Day 8 could have been something of an epilogue, but instead was yet another testing day. It started early, with breakfast at 5.30 am to ensure the teams were away promptly at 7am with nearly 300 km ahead of them, much of it on gravel trails with occasional sand sections. Technical conditions as ever, evidenced by a few falls, showing the ride is never over until the destination is reached. 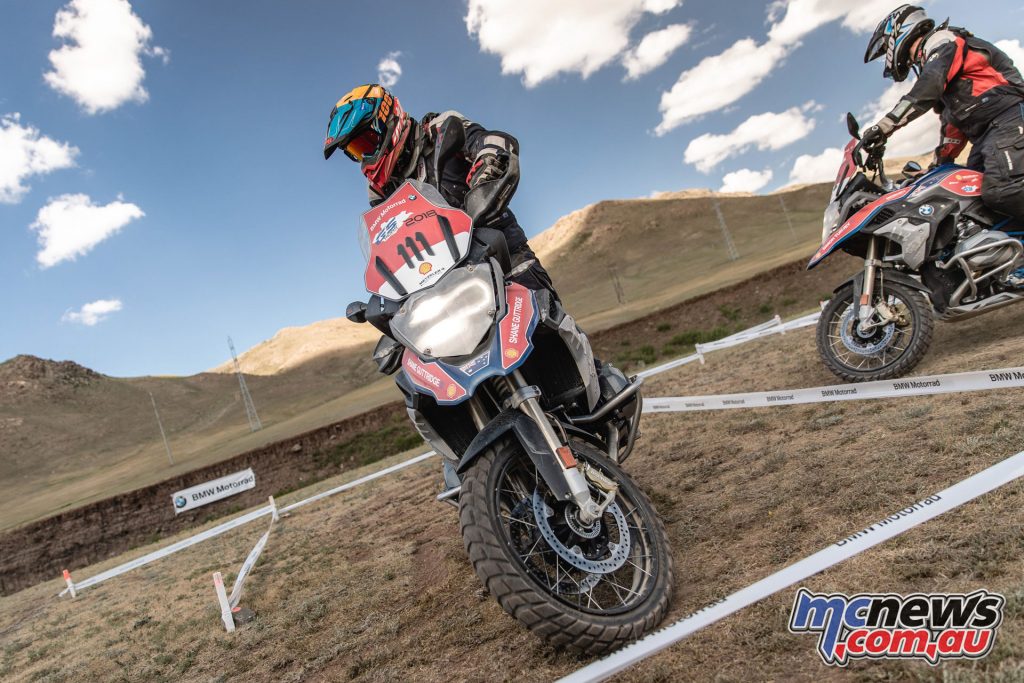 Once at Chingisiin Khuree the GS riders faced the final hurdle, the ‘Monster Trial’. Here all three team members entered the extended challenge together and riding against the clock rode over various banks, ditches and along a dried-up river bed before taking on three sub-sections which further tested their bike handling skills. 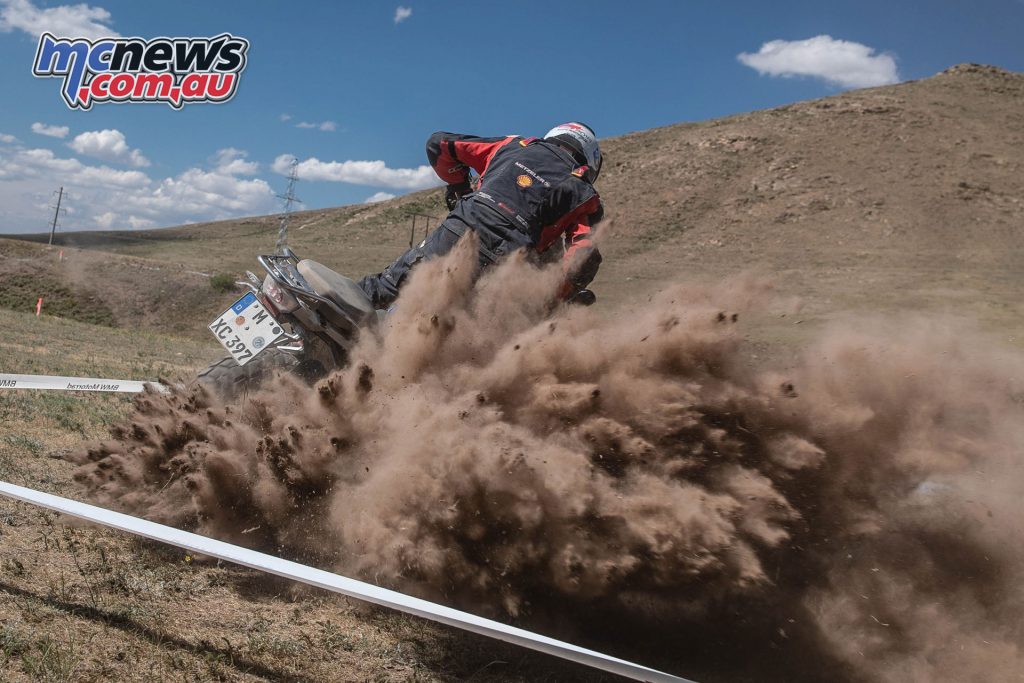 These included a full-lock maze section and a GS Trophy favourite, the ‘elephant turn’ (maybe a camel turn given this is Mongolia!) where the riders have to spin turn their GS a full 180º. 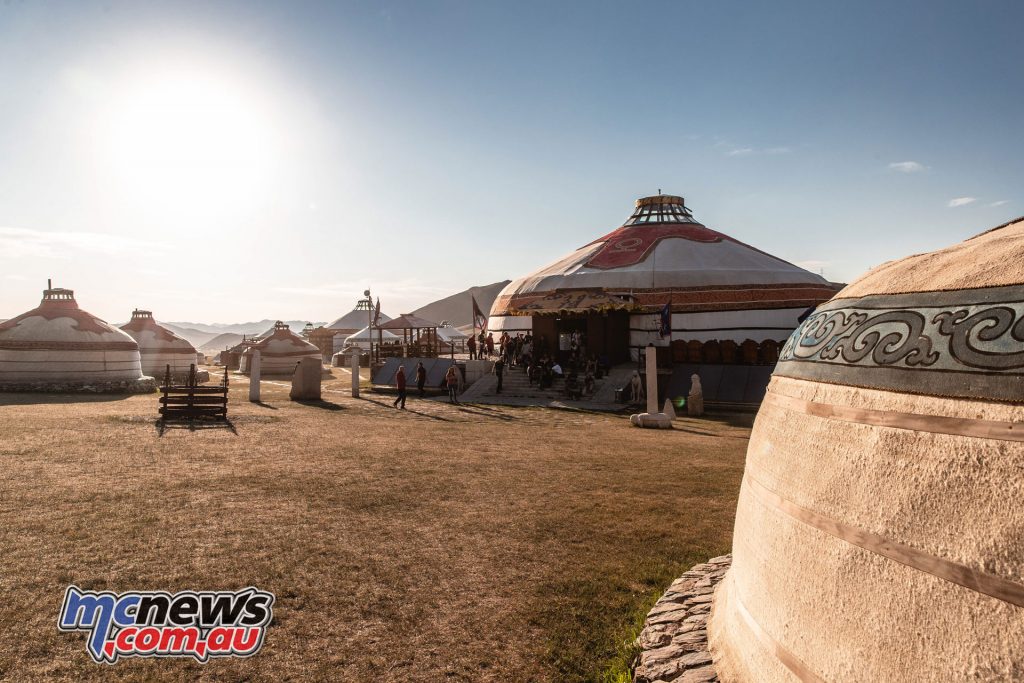 With a 43 point advantage going  into this test, for Team South Africa the win was theirs to lose, albeit with triple points available they could still be beaten.

Being such a well-drilled team this wasn’t going to happen, and true to form they put in an excellent performance, fast, slick and accurate – and calculated, each rider forfeiting two points in the maze when they dabbed (put their foot down) to ensure safe spin turns. 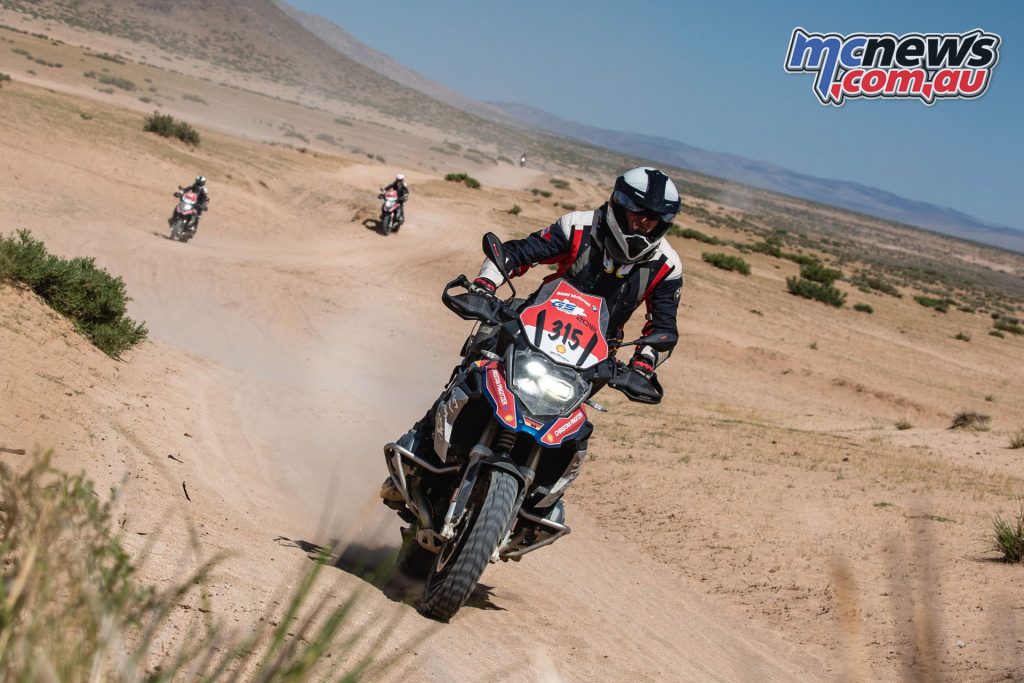 It was a performance worthy of champions, albeit they were beaten by Team France who blazed to their second day win to come within two points of overturning Team USA for the runner-up position. 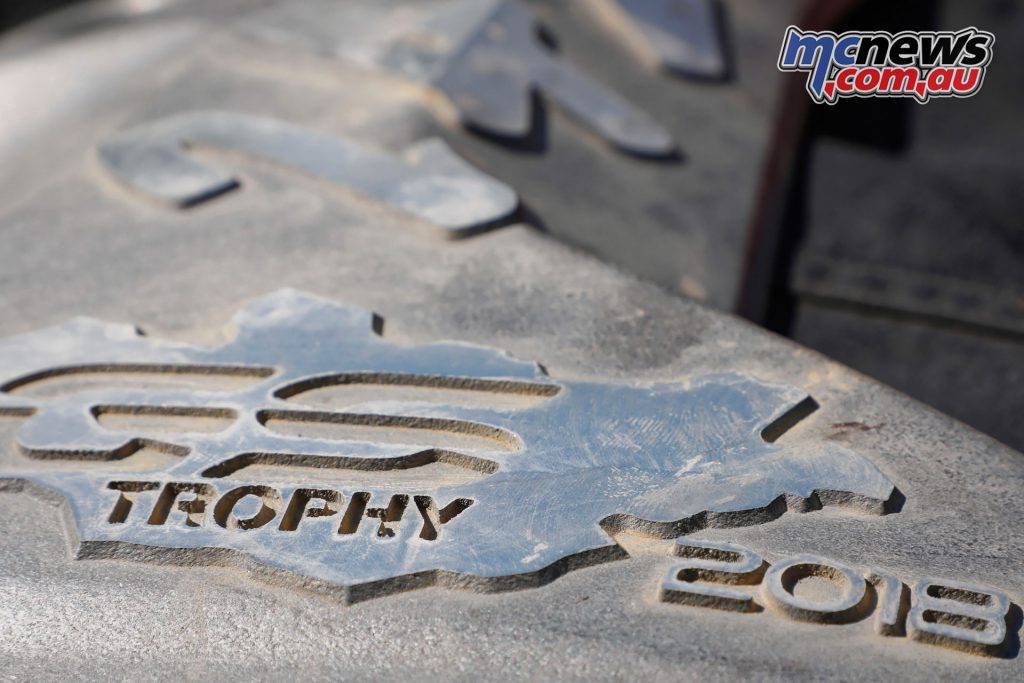 So while Team South Africa again took the winners’ trophies, and  Teams USA and France the runners-ups’ trophies none of the GS riders left empty handed as each rider was given the radiator covers from their GS to take home.

No ordinary covers, these had been 3D printed in aluminium and machined with their rider number and  name integrated into the design. A memento to remind them of eight of the most exciting days in the wilds of Mongolia, an amazing country, on the GS an extraordinary motorcycle.

No Day 7 report is currently available, but see below’s Day 6 to catch up on all the action since our last report.

Day 6 of the 2018 BMW Motorrad International GS Trophy proved to be unique in the history of the event. Scouted, planned and prepared was a 283 km course taking in the plains and mountains of the region, but with the route falling within an area experiencing an outbreak of foot and mouth disease (among the livestock) the course had to be adapted. 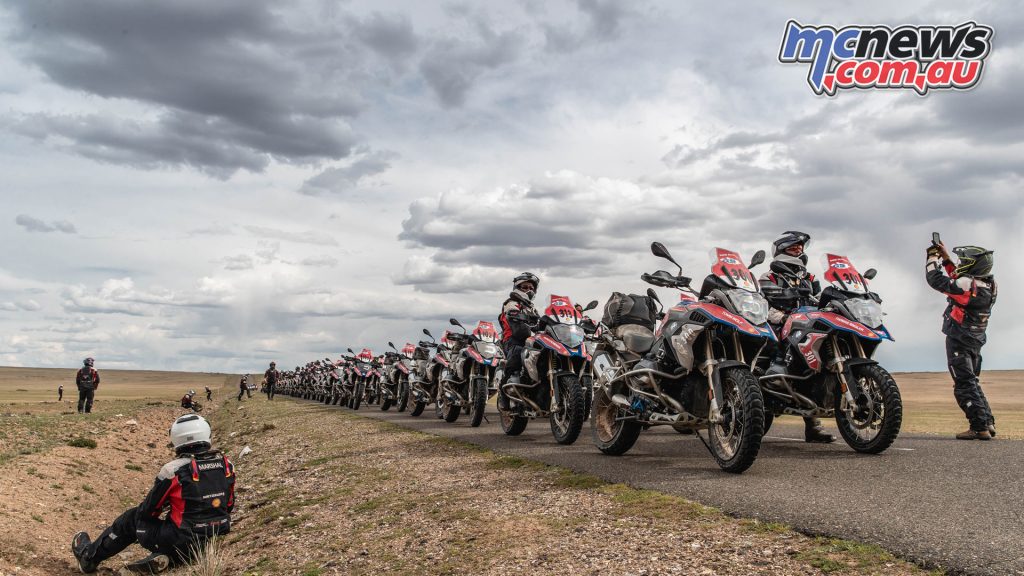 Instead the GS riders needed to follow the highway most of the way to their destination, Camp Khatan Ugij. But this didn’t halt the special tests and in the morning came SP14, ‘Time Trial’ where each of the team members had to ride a trials course through a stand of trees on the banks of the Tamir River – the trick being each had to replicate the time through the course of their teammates. 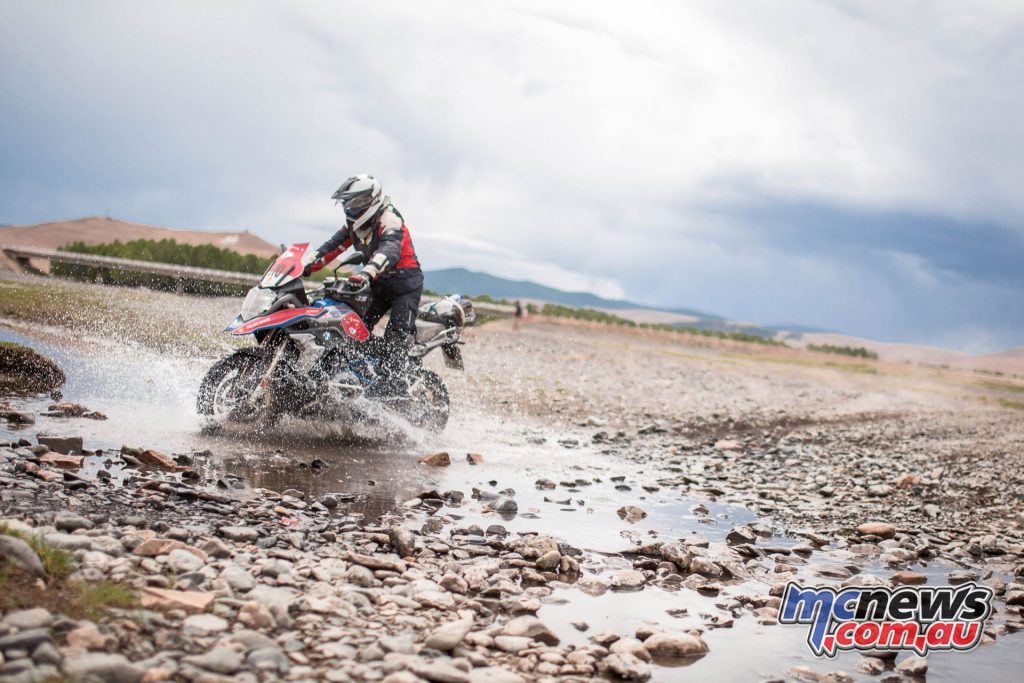 So if the first rider completed the course in 1:30 minutes his two team mates had to get as close as possible to that.After the special test the GS riders took to the road to reach their overnight bivouac.

Yet the time was used creatively, ostensibly with a visit to the historic 16th century Erdene Zuu (Buddhist) Monastery, once home to as many as 1500 monks. But as well the GS riders were experiencing modern Mongolian culture as they dropped in on local stores and even a coffee shop along the way, each being excellent opportunities to converse with the local people. 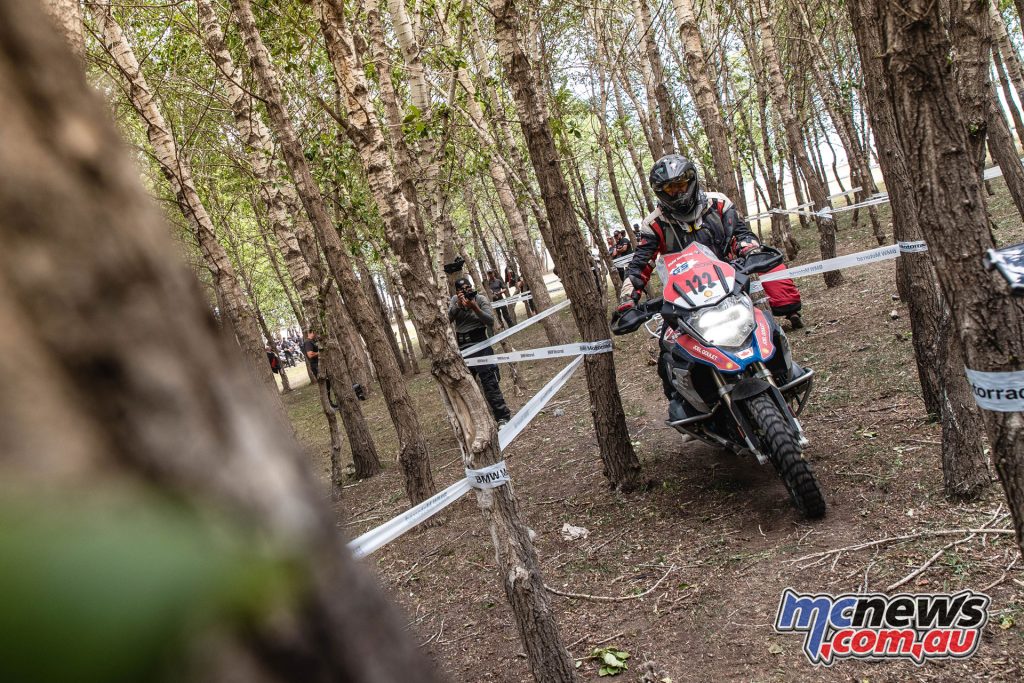 Failing that, the GS motorcycles are always a good starting point for conversation and many times local motorcycle riders (typically riding Chinese-made 125cc machines) would compare mounts with the GS riders using the common language that is the feeling and appreciation for the motorcycle. And while the GS riders are protected by their BMW Motorrad Rallye suits it was interesting to see the locals riding in traditional Mongolian dress of tall leather boots, loose breeches and smock-type coats, topped with a broad-rimmed felt hat. 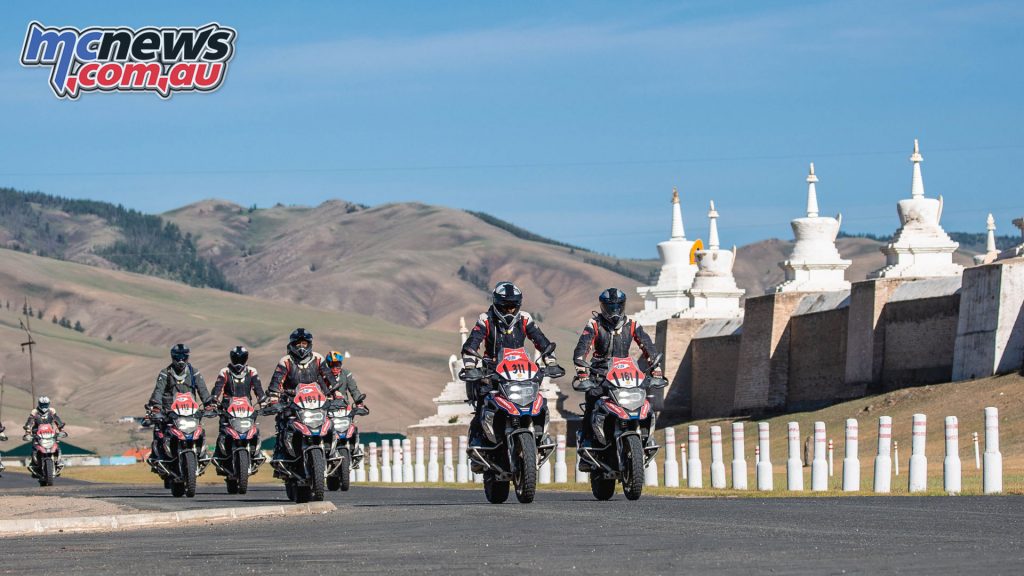 In all the GS riders made the most of the relaxed time schedule; having so thoroughly experienced the land, now they were taking the time to connect with the culture. And in a final act of community the entire GS Trophy contingent came together to ride the last kilometres into the bivouac – quite a sight as the fleet of GSs plus the support vehicles rode in convoy. 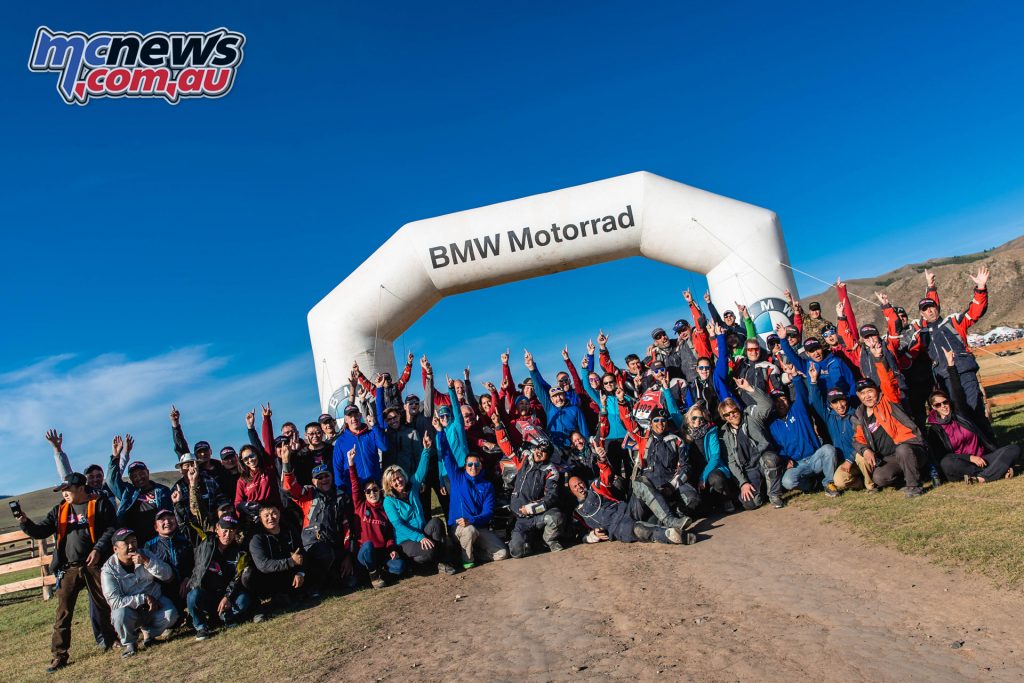 Once the teams were in camp the competition started again with an archery contest (archery being a traditional Mongolian pastime). Here the Indian team impressed when one of their guys scored two impressive on-target shots – only on the wrong target! And still they finished third… A great challenge that was both competitive and entertaining. 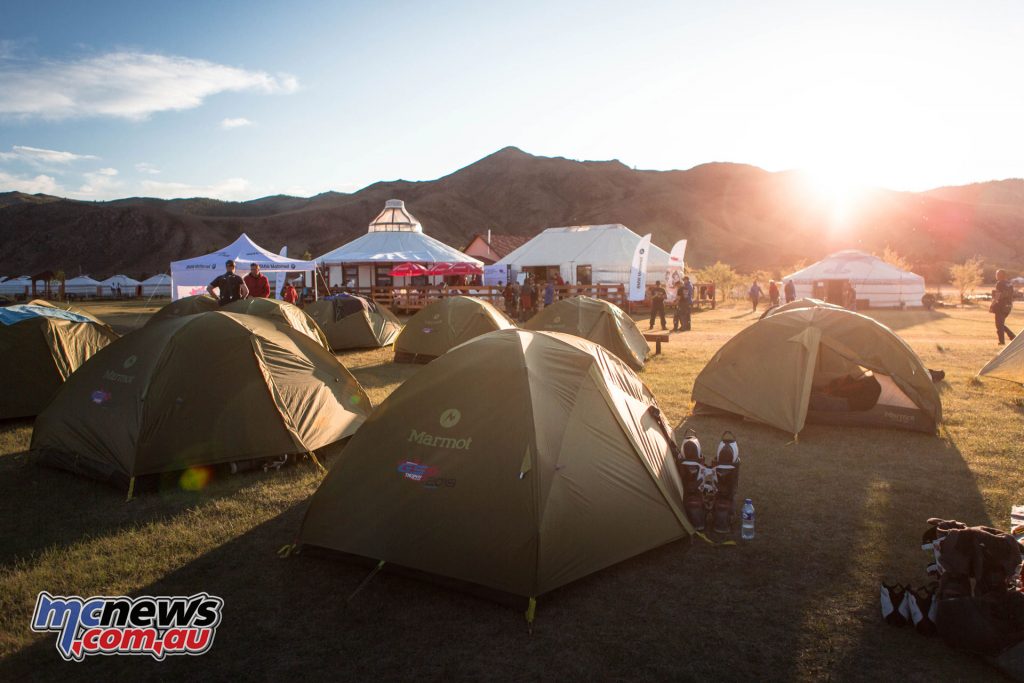 In all, a great day. The loss of the day’s planned course could have been a disappointment, but instead the riders capitalised on the free time to enjoy their GS community and together discover new depths to this unique wonderful country.