So, name a motorcycle manufacturer that started producing its trademark product in 1885 and is still producing it to this day?

Well that would be Bianchi! Of course the said products are bicycles but the company also turned out a range of highly advanced motorcycles from 1897 to 1967. During its long history trucks and cars were also made.

While Edoardo Bianchi’s first, 1897, design was a motorised bicycle, by 1903 leading link forks were fitted and in 1910 a 500 cc single really established the company in the motorcycle field. A variety of designs appeared over the following years including 600, 650 and 741 cc V-twins, side valve and OHV 350 singles and an OHV 175.

By 1925 Bianchi was (like almost every other Italian motorcycle manufacturer) racing. Except those other companies didn’t have Tazio Nuvolari as their rider! He won the 1925 350 cc European Championship (which was a single event at the time), won the Nations GP four years running from ’25-’28 and Circuit Lario five years running (’25-’29).

All on the 350 Bianchi. He famously won the very wet 1925 Nations GP after suffering a major crash while testing an Alfa Romeo only six days previously. Wearing a cushion strapped to his stomach he had to be lifted onto the bike by his mechanics for a push start!

The bike Bianchi used for competition was a DOHC 348 cc single designed by Albino Baldi. In the 1930s he followed the 350 up with an OHC 500 single, then in 1938 a 500 cc supercharged DOHC four (which was not fully developed before the war intervened).

The bike seen here is a 1936 250 cc Super Sport which featured the very advanced, for the time, plunger rear suspension. 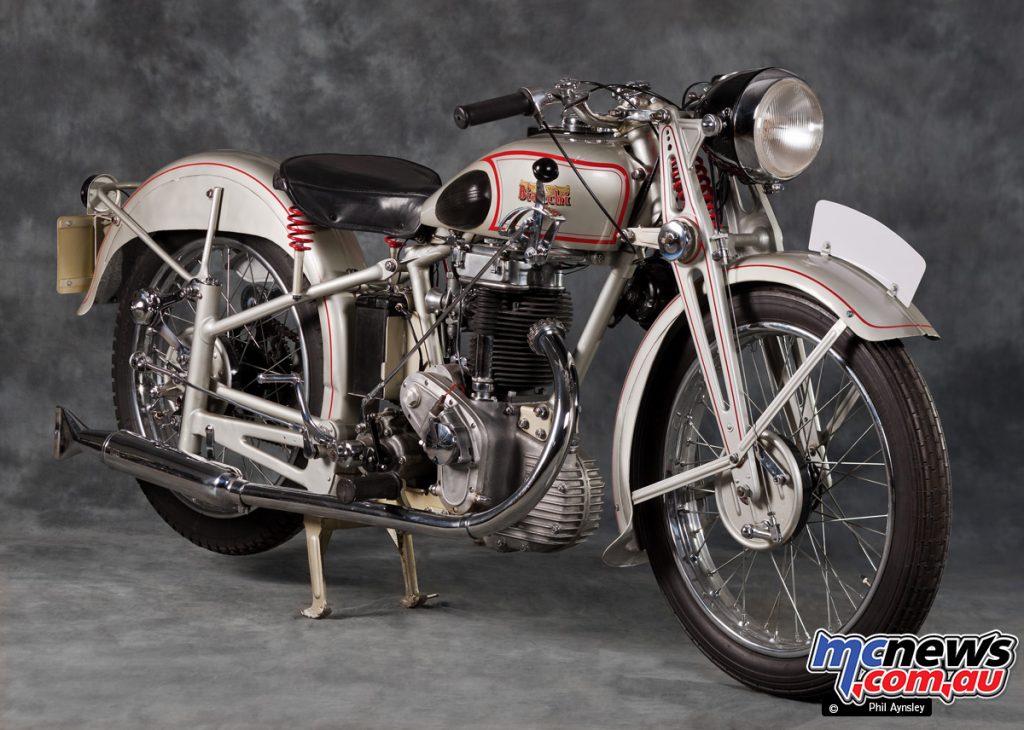