by Admin2
in BMW, BMW News, Latest Bikes, Motorcycle News, Uncategorized
A A
Share on FacebookShare on TwitterShare

At EICMA, BMW Motorrad now presents a further milestone in motorcycle connectivity, a TFT instrument cluster with smartphone connection as could be applied to standard BMW Motorrad models in the future.

BMW Motorrad and Robert Bosch GmbH are collaborating in the field of pioneering display and networking technologies since there are signs of an increasing demand for complete connectivity in the motorcycle area, too.

“Connectivity and the availability of digital services are increasingly becoming an issue for motorcyclists. For this reason we are expanding our range in this area. In the future we will be offering services that enrich the motorcycling experience. New apps and functions via connection with smartphones and back-end services will open up a whole range of possibilities in terms of intelligent networking, making motorcycling more exciting, more comfortable and also safer.”

Thanks to powerful synergies with BMW automobile, BMW Motorrad is well placed to accelerate the introduction of new services, such as TFT displays, ECALL and WiFi as well as V2x communication and back-end infrastructures that can be adapted for use with motorcycles.

Already a reality in BMW cars, BMW motorcycles will also offer increasing options for connectivity in the future, as well as allowing continuous updating via systems and devices such as smartphones and navigation units.

In addition to information relevant to riding (road speed, engine speed etc.), smartphone-based functions such as navigation, telephone and entertainment are provided in a multifunctional instrument cluster and operated safely and conveniently using a multi-controller.

The BMW System 7 helmet fitted with microphone and speakers acts as the rider’s reception centre for acoustic output such as navigation directions, telephone calls and music.

This year, BMW Motorrad has realised an ECALL function for the first time in the motorcycle sector. The optional equipment “Intelligent Emergency Call” enables faster assistance in the event of an accident or emergency.

The system will be available as an ex works option from the beginning of 2017 in a BMW motorcycle. If an emergency situation or accident occurs, the intelligent emergency call is activated automatically or manually, transmitting the position data of the motorcycle and so the coordinates of the accident scene, which in turn sets the rescue chain in motion via the qualified BMW Call Center.

Another step towards motorcycle connectivity is the integration of a worldwide community of motorcyclists through a strategic partnership with the technology start-up Rever.

Since 2015, Rever users in 199 countries have covered millions of kilometres by motorcycle and have tracked their routes.

Using the app and the Rever website, bikers can discover the best routes in the world, compile their own individualised routes, log their trips and share their motorcycling experiences on social media platforms. 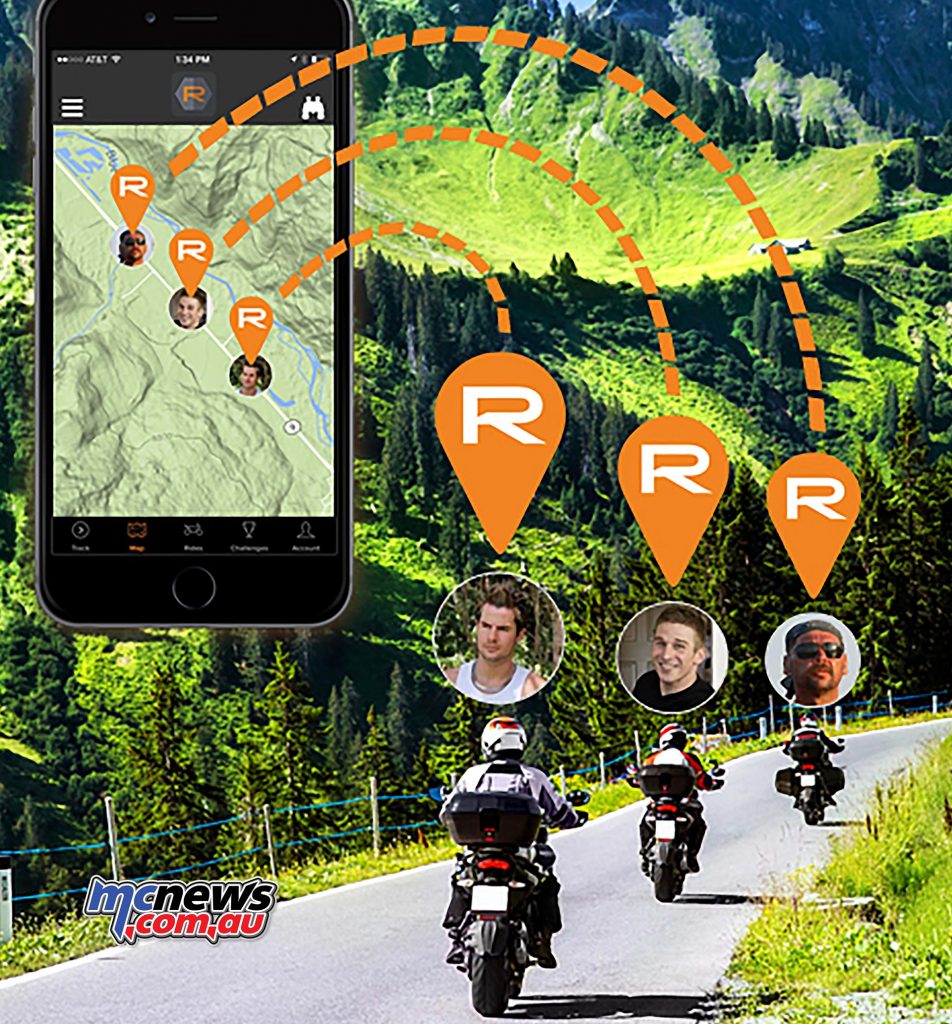 In the future, this will enable BMW Motorrad to extend and optimise its range in direct contact with the target group.

BMW Motorrad regards the simple and seamless integration of the customer’s existing digital world into the motorcycle as crucial to the acceptance of this type of new service.

This might happen in the future through the consistent interlinking of existing systems such as DriveNow and ChargeNow, providing services beyond actual motorcycle travel itself and even linking into smart home applications.