Boris predictions and prognostications on MotoGP 2018

We are scant days away from the start of the 2019 MotoGP season.

I am in a paradox-fuelled agony that is not remotely relieved when the red lights go off in the desert night, and the pack howls towards Turn One at Losail. 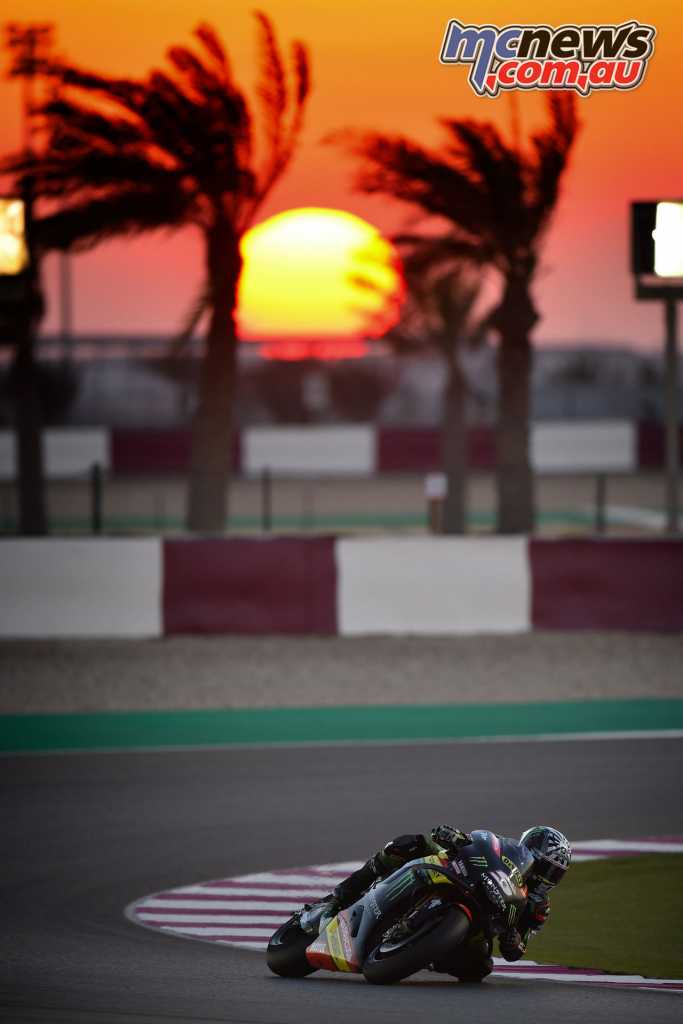 Shit just gets worse. But better at the same time.

It’s like a bizarre sexual tension that lasts almost a whole year, and very often fails to deliver the expected result, but satisfies you nonetheless, and leaves you anticipating the next consummation.

Damn you, Dorna. Damn you and your 350km/h motorcycles ridden by superhuman prima donnas in a life-and-death struggle for glory.

So the only thing I can do at this stage is to make a few worthless predications based on nothing more than my useless feelings, the inconclusive test results and the dank internal organs of some small animals I traditionally sacrifice this time of the year.

What happened during the three test sessions at Qatar only served to muddy the pre-season water.

Suddenly Iannone and Vinales found themselves at the top of the charts, along with Zarco, who certainly looks like he’s intent on winning something this year.

Hopefully, Vinales will have recovered from the collapse of his campaign last year, and will keep Zarco looking over his shoulder. Or he’ll just become Yamaha’s version of Dani Pedrosa.

It’s impossible to say what Iannone will do. His girlfriend is just far too hot for him to want to risk anything, but who knows? He’s certainly gangster enough to have a good crack every third race or so.

Marquez and Dovizioso were also at the pointy end in Qatar. But they were always going to be, and a part of me thinks they will re-join the battle they commenced last year.

Or Dovi will go to pieces because Lorenzo has threatened to cut him for usurping the Number One Rider position at Ducati.

Or Marquez will have the Big Off everyone keeps predicting he’s going to have, and maybe miss a few rounds while he gets a titanium pelvis fitted.

Of course, Lorenzo’s performance in pre-season testing has been the subject of much speculation, most of which is coming from the Italian and Spanish media, who has a) predicted he will divorce from Ducati after three rounds; and b) questioned if he’s right in the head. I’m amazed no-one is dissecting his seemingly irrational Twitter posts.

The media also reported Casey Stoner as saying he expected more from Lorenzo in 2017, as if Stoner, who won less titles than Lorenzo, was the final arbiter of Lorenzo’s performance. I’m sure that bodes well for their in-season discussions.

Tellingly, Ducati has said it will not repeat its “extraordinary” contract with Lorenzo. Lorenzo? Well, he’s still saying the Ducati doesn’t feel like it’s his bike.

Personally, I reckon Lorenzo will do better this year than he did last year. He has no sense of humour and hates to look like a dickhead in the paddock, so he’s nothing if not motivated.

Jack Miller will also have a stellar year, even though he didn’t shine at Qatar. All indications are he finds the Ducati more to his liking than the Honda.

I would of course like Rossi to win his tenth title this year. And of course he can do it. Probably. Shut up. I’m a fan.

Once again, Rossi has been competent in pre-season testing, but is playing his cards very close to his chest. Of all the racers out there, he alone really knows that anything can happen in MotoGP and invariably does.

Crutchlow, Rins and Petrucci will have a mixed season. There must always be hewers of wood and drawers of water, even in MotoGP. But I’m thinking young Alex Rins might get to see what a podium looks like this year.

I hope Morbidelli kicks arse. I know he’s not related to the famous bike-making family, but he’s got some pretty good credentials, and he’s going to put old Tito Rabat to shame – which is a shame Tito must be getting used to by now.

Karel will remain wealthy and happy, Brad Smith will develop his KTM for another season then retire to a farm in England to grow porridge, and the Asparagus brothers will beat Luthi, Simeon, Syahrin and Nakagami every time. You watch.

Dani Pedrosa will have two really good races. Or maybe three. And Alvaro Bautista will probably get another neck tatt.

Come on then. Let’s get it on.

The lights go out for the opening race of MotoGP 2018 at 0300 Monday morning, Australian Eastern Daylight Savings Time. See the full schedule below in AEST.

Boris on MotoGP | Catalunya amongst the pigeons

Alex Rins to miss Catalunya due to cycling accident

Live TV coverage amidst host of changes for IOM TT 2022