Heading to Barcelona for surgery

A spill on Friday didn’t prevent Remy from bouncing back to secure a front row start in Qualifying in the #SanMarinoGP at the Misano World Circuit Marco Simoncelli. Setting the second fastest time in Q2, Gardner was set to start from Pole Position following a penalty for Sam Lowes, but, following a monster high side crash in morning Wam-Up, the Australian was ruled unfit for the race.

Further medical checks revealed that Remy suffered a broken thumb and three left foot fractures. Whilst the tough Aussie wanted to ride, he will now fly to Barcelona for an operation.

He remains optimistic and focused on next weekend’s event which is also going to take place in Misano.

“The crash on Friday morning didn’t help with the confidence and with the plan for working on the basic setting but the new asphalt really surprised me. I was still sure we would be able to improve when it counted – the focus was always on the race. Saturday was a really great day. We worked really well as a team and were able to come back from a tough Friday. I was extremely happy to be on the front row and with Sam’s penalty, I was P1 on the grid. I knew the Italian riders would be fast here in Misano, so the target was to do a good race and leave with some strong points. We were fast again in Warm-Up and honestly, I have no idea why I went down. It was a big crash, but I escaped relatively unhurt. I am now going to Barcelona to be operated on and I hope to be able to ride next week, but it’s too early to say for sure that I can. Thanks for the support and see you all back on track soon!” 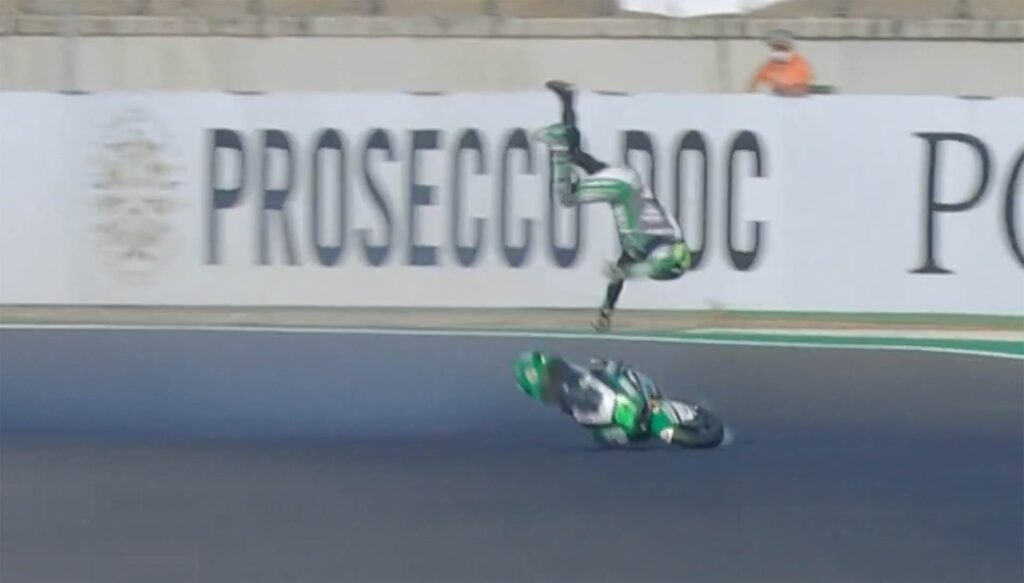