It’s difficult to imagine just how long in the past was 1973.  No speed cameras and a Police Force with far more of an interest in catching criminals than persecuting road users. In short, many, many things were possible in these halcyon days. 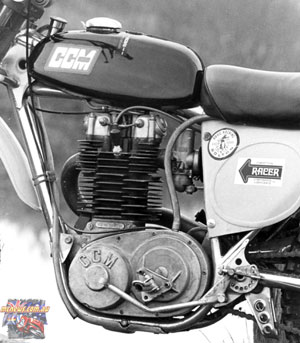 For example, a newsagent with a flair for engineering could set himself up as motorcycle manufacturer – and in the case of Bolton motocross enthusiast, Alan Clews, he promptly did. Buying up the remnants of the BSA competition department, Clews began building bikes commercially and, unencumbered by Health and Safety Officers, environmental targets or the latest EU legislation on how many ring spanners can be kept in one tool box, CCM soon became a legitimate, and highly successful, manufacturer. But only of motocross bikes.

Not that Clews, or his buccaneering agent Dougie Hacking, would let ever let trivia such as the lack of a road bike in the CCM range get in the way of a sale. No customer with cash in his pocket was ever going to get past this dynamic duo.

In theory, the idea was to build a dual purpose trail bike – in the same style of today’s dual sport machines. Just like today, a customer with a sufficiently thick wallet could purchase a true works replica. In the case of the CCM trail bike an extremely accurate clone of the works GP motocross machines because CCM very much raced what it sold.

The chassis was a hand-made, bronze welded work of art based extremely closely on the BSA GP bikes. Light, strong and beautiful this was as good as it got in dirt bike frames at the time. The hubs were elektron – cast locally to Bolton in the days when Britain had a flexible, fast reacting engineering industry – and the rest of the cycle parts were also 100% British. Thirty years was a very long time ago!

The engine was CCM’s version of the BSA B.50 motor – this time bored and stroked to a whopping 608cc. The result was an unreliable, difficult to start, vibrating beast of a power-plant with more Rock ‘n’ Roll attitude than Bon Scott in full voice.

The conversion to road trim was painstaking. First, the two obligatory number plates were added – one to the front and the other to the rear of the bike.  A tachometer was fitted as “speed measuring device” – the idea being that the rider remembered which gear he was in and then converted the rpm into mph – and a bicycle bulb horn provided a means by which an audible warning could be given. And that was the grand total of the modifications: dirt tyres, unsilenced megaphone exhaust etc. all remained intact.

Assuming the rider was lucky enough to start the CCM – a bold assumption since the motor kicked back like a psychopathic mule on steroids – the resultant experience was incredible. The CCM would out accelerate any road bike of the day up 70mph and was in a class of its own off-road. Even today, 30 years on, the CCM’s performance would still be rated as formidable.

CCM made very few of these GP based trail bikes and even fewer survive, this is perhaps a little sad as this was truly a bike which epitomized the freedom we all enjoyed. 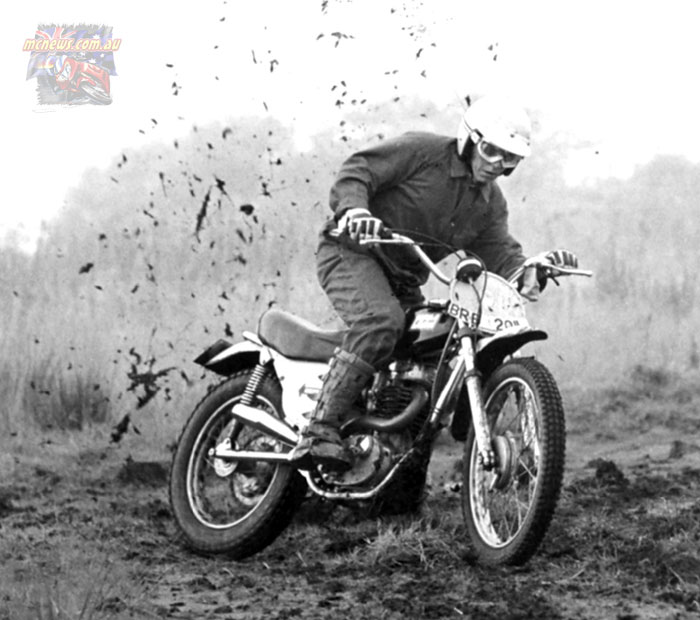 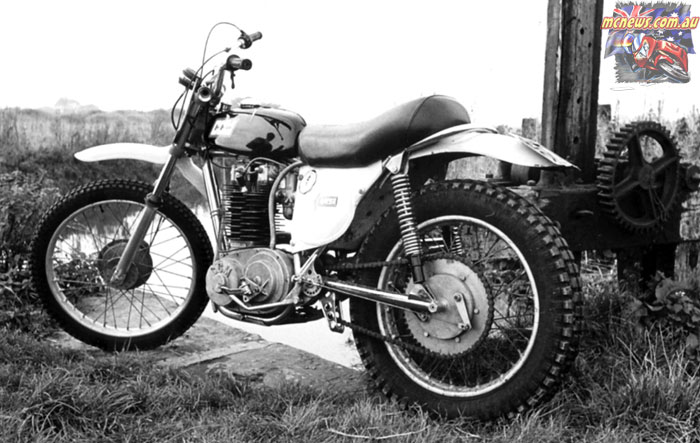