Under sunny skies in Australia the best lap times dropped significantly again as Carlos Checa (Althea Racing Ducati) picked up pace and put in a 1’32.2 second lap. The World Champion got down to more work on his overall race set-up today and it paid off, despite an early health scare that he quickly recovered from.

Said Checa, “I did not have a good night last night, suffering from indigestion, and I lost time in the morning. We continued with our plan later in the day and we found a good set-up with front suspension, which I like probably better than our standard. We took more time than normal to confirm that the feeling was right and we did the job today that we planned yesterday.”

Tom Sykes was the second fastest rider, by a tenth, as he once again put in consistent laps on his Kawasaki Racing Team official bike. Max Biaggi (Aprilia Racing) stepped up his pace today and was himself only a tenth behind Sykes. Eugene Laverty (Aprilia Racing) and Joan Lascorz (Kawasaki Racing Team) set identical lap times of 1’32.5, with Lascorz putting all the set-up data he has compiled over these two days to good use right at the end.

Sylvain Guintoli (Effenbert Liberty Racing Ducati) did not post any times as he has a nasty bout of flu, while David Salom’s crash from yesterday proved to be more irritating for the Pedercini Kawasaki rider than was first thought, as he hurt his right wrist, possibly fracturing his scaphoid. He will try to run again on the final day of the tests.

Local man Dave Johnson had to put a stock engine into his BMW today, but still improved his best time to a 1’34.7. One more day of unofficial testing remains. 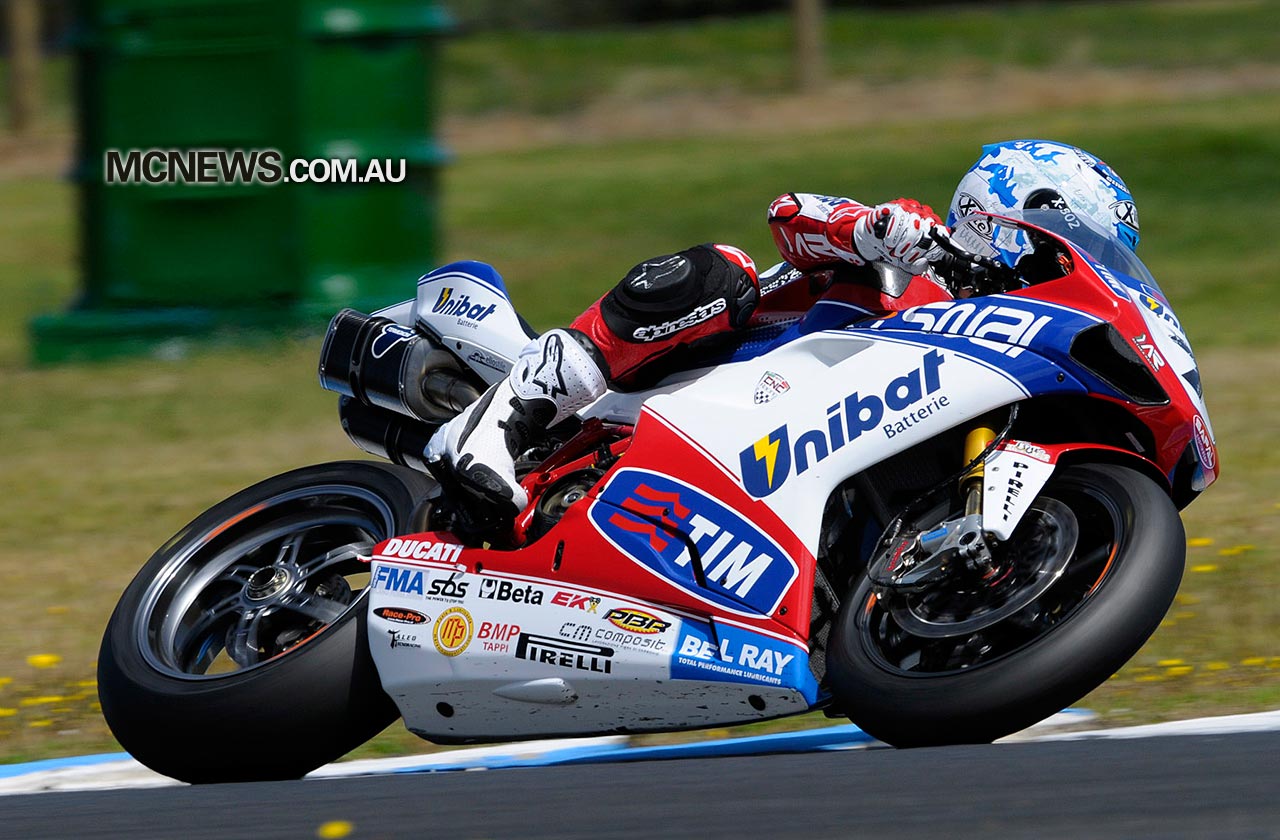