Having conquered Big Red and the Simpson Desert the previous day, our tentative plans had been to leave the WR250R in Birdsville (giving my ankle a day to rest) jump in the 4WDs with the guys and head out to the Betoota Pub, somewhere we’ve all been wanting to visit.

First off, it’s straight to the Birdsville Bakery which has a reputation for a variety of pies including Camel and Kangaroos Shiraz, plus some irresistible cakes.

As we return from breakfast Mick decides to check with the local Police about possible flooding and I decide to take advantage of another shower at the caravan park.

I can’t have been in the shower for more than ten minutes, but as I walk towards the campsite everything is packed up with the boys ready for a sudden departure.

“They expect the Birdsville Track to close today or tomorrow, lets head south.” Mick explained. So much for a visit to the Betoota Pub.

As we leave town, we pause with some concern at the road closure signs, stating Mungeranie to Marree CLOSED. This isn’t good and it appears our attempt to out-run the flooding has failed. A quick call to Mungeranie Hotel reveals the track is still open for now, but not sure for how long.

Let’s go! For the next three-hundred kilometres the little WR worked harder than she had all trip, buzzing along at 100 km/h dodging the occasion deep rut caused by trucks and road trains in the previous flood.

I suddenly discover the fuel range of the 14 litres Safari tank as the WR splutters to a halt less than five kilometres from Mungeranie. The boys are only a few minutes behind me and we splash a few litres in and continue on.

For us it’s mainly smooth with the WR and 4WDs able to comfortably travel between 90 and 100 km/h. There were regular sections of damage caused by trucks, 4WDs and caravans during flooding, but these are easily avoided.

We decide to spoil ourselves in Marree and check into their cabins, meaning another chance for a shower, suddenly this adventure is becoming all too civilised. As we sit in the pub that night enjoying the great meals and icy cold drinks, we fondly remember our camp-sites in the desert and agree we would prefer to be back in the desert sharing stories being watched by dingos and reflective-eyed spiders.

Day 8 was our final and relatively uneventful day of this epic adventure. A 600 km run down past Lyndhurst, the Flinders Ranges, Clare and back into Tanunda. While the roads were far less entertaining it did provide an opportunity to reflect on the previous week and what I had accomplished.

It was without doubt the most difficult ride of my life, and probably my greatest personal challenge. At times I thought I was driven by my naïve stupidity thinking this was within my capabilities, but the sense of accomplishment at the end I simply can’t describe.

So to answer my initial question, ‘Should you attempt to cross the Simpson Desert’ absolutely one hundred per cent YES! Even if it’s just a taste of the Simpson, a day ride from either Dalhousie or Birdsville, just find a way and have a go.

How was the WR250R? Greg Yager was right, for a relatively inexperienced off-road rider like myself it was the perfect lightweight desert steed. Other than a fork seal leak leaving Hawker the bike was absolutely faultless.

Would I change anything about the bike for a future trip? It’s a question I’ve been asked since my return and I honestly can’t think of anything. I had full intentions of selling the bike upon my return, after all why do I need a 250 when I also have a Tenere 700?

I love the little desert sled so much though, she’s a keeper – for now. Perhaps its sentimental as it’s the bike I did the crossing on, but I honestly think the smiles that bike offers in the sand I’ve got to take her out again. Someone once told me that the desert captures part of your soul and they are dead right.

My tips for new adventure riders wanting to tackle the Simpson crossing:

If you are an experienced off-road or sand rider ignore most of the points above, I’m a newbie and really have no idea. 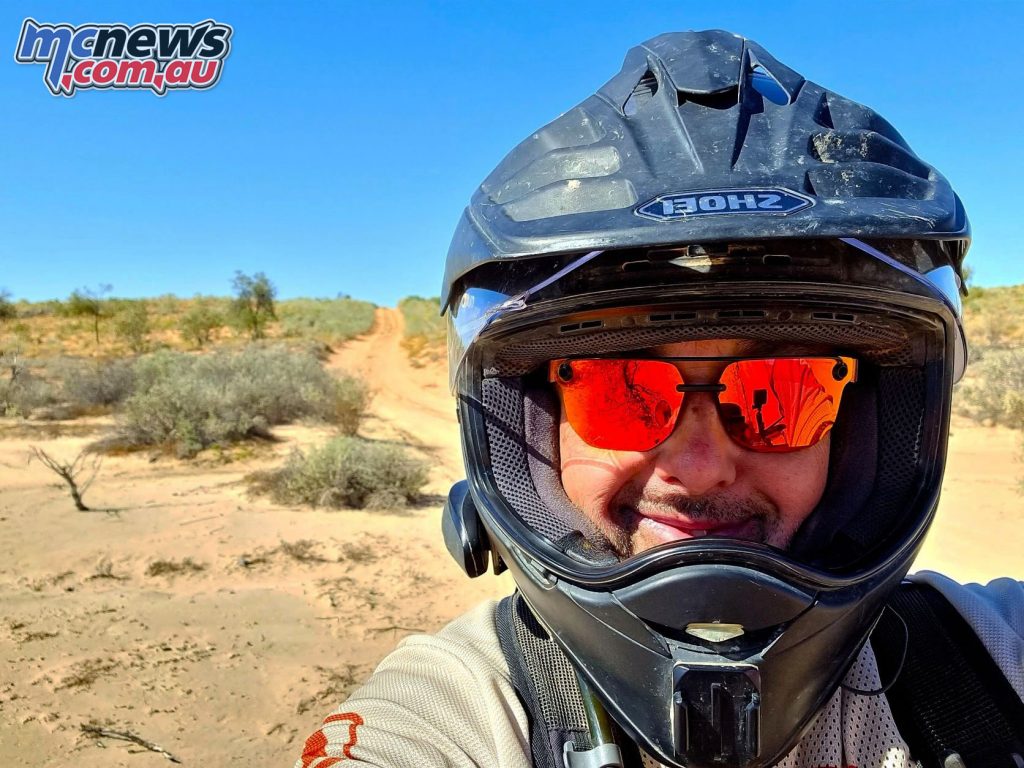 You can check out the full Long Way to Wauchope Rally series here (link).

Also check out Endometriosis Australia and Gotcha4Life if you’re interested.