Over 110 competitors will head to the mid-North Coast of New South Wales this weekend for the 2014 Ausmulch Australian Senior Dirt Track Championships.

The Taree Motor Cycle Club will host the title meeting, staged over two days, this Saturday and Sunday, June 7 and 8 at the Old Bar track. It will be the first time the club, and venue, has hosted this championship since 1966.

With a number of riders on both two-wheel and four-wheel (ATV) machines entering more than one class there will over 130 bikes in the pits.

A total of 105 races are programmed, with practice at 10am on Saturday and racing continuing until 4pm. Again on Sunday racing starts at 10am culminating with the finals and presentations in the afternoon.

There will be five championship classes for solo machines – the Under 19s, Pro 250, Pro 450, Pro Open and Womens – as well as the Dirt Track Sidecars, ATV Pro and ATV Open.

All Championships will then be decided by a single 4-lap FINAL.

Qualifying for the final, or even the repechage, will not come easy for competitors, such is the quantity and quality of the entry list in each class.

That means that machine failures or crashes will most likely be punished by riders not progressing through to the deciders.

Consistency through the rounds will be vital, particularly in the Pro 450 and Pro Open classes where over 40 riders have entered meaning a top three placing in each round will be the aim in order to avoid the cut-throat repechage, or even worse elimination.

It will be barely less competitive in both ATV classes and Pro 250s where there will be three heats per round, or the Under 19s which will feature two heats per round.

The smaller entry in the Womens class, the majority of them from Queensland, will see their title decided over five rounds with cumulative points deciding the outcome, so again one poor round will prove costly in the overall result.

All eight championship winners from the 2013 Championship meeting staged at Gunnedah have entered for this weekend’s Taree showdown – but all will face tough opposition from other former champions and an elite group of talent all striving to win their first national crown.

Kurri Kurri rider Luke Richards will put two titles on the line as he seeks to win a seventh consecutive Pro 250 crown, as well as a third Pro Open crown.

Vastly experienced Taree rider Ian Bisley is the one that the big entry list in the Pro 450 class will be out to dethrone. Among his opposition is brother Ken, a multiple champion himself.

Macleay District rider Kane Burns and Gold Coast rider Jessica Shepherd both have the opportunity of becoming the first ever dual champion in the two newest classes – the Under 19s and Womens class respectively.

South Australian Mel Brandle has had six class wins out of seven over the past four years and continues to be the benchmark in the ATVs. Cessnock rider Toby Hyde was a class winner last year while Taree rider Craig Hill will have a point to prove after being excluded from the placings last year due to his machine being deemed oversize in width.

Paul Caslick (Central Coast), Jace Castles (North Brisbane), Luke Gough (St George), Rowan Tegart (Mildura) and, if fit, Michael Kirkness (Taree) are all expected to be in the mix for adding to their impressive records.

Gunnedah rider Ben Hammond steps out with an Under 19 crown to his credit, while clubmate Darryl Woodhead is a previous sidecar winner, as is Sydney rider Brett Moir, making a total of 19 of this weekend’s competitors who have previously won an Australian Dirt Track Championship.

Much interest will be focused on Troy Bayliss who, despite having reached the dizzy heights of the sport on the world stage, has never won an Australian Championship in any discipline of the sport.

Besides Bayliss, ACT rider Ian Hamilton and Marty McNamara (Kurri Kurri) stand out as consistently successful dirt track riders who have, so far, never managed to win a national title.

Besides the championship racing there will also be four support classes – three junior classes and one at the other end of the age spectrum for the Over 35s.

A pioneer brand of both motocross and cross-country racing, Husqvarna is little known in dirt track racing circles, however that may be about to change at the hands of the nine-time Australian champion and principal of Caslick Coaching Clinics.

The Husqvarna Racing Team / Chris Watson Motorcycles rider is an icon of the sport, and if his win in prestigious company at the Brisbane Expo is any guide, he’s an icon who has lost little if any of his skill with the go-tube.

Having not ridden an Aussie championship since 2011, the prospect of racing his new Husqvarnas for the top prize has completely engaged and excited the 46-year old, who is in outstanding physical shape.

He’ll take two FC 450 Husqvarnas into the battle – one to race in the 450cc class, and the other for the Pro Open category.

Caslick isn’t the only one excited about heading to Taree, as it hosts for the first time in 47 years, with an incredible 48 450cc entries set to take to the approximately 480-metre track.

Paul Caslick, Husqvarna Racing Team / Chris Watson Motorcycles – “I’m pretty excited about it. The intensity of this meeting will be totally different to the Troy Bayliss Classic, where we all go in as seeded riders. Without a doubt, I could go through the entry list and say 30 riders have a chance at this. In the heat races you have to finish top two or three just to go through, and if you have one malfunction along the way, your meeting’s over.

“It’s gonna’ be on, right from Friday afternoon when we’re putting up the quick shades!

“My Husqvarna FC 450s are awesome, and the biggest thing has been just how little you have to spend to get it competitive at the top level. We’ve done some testing laps at Taree, and with that available torque, my lap times were 1 to 1.5 seconds faster than on my last bike here. So I couldn’t be happier.” 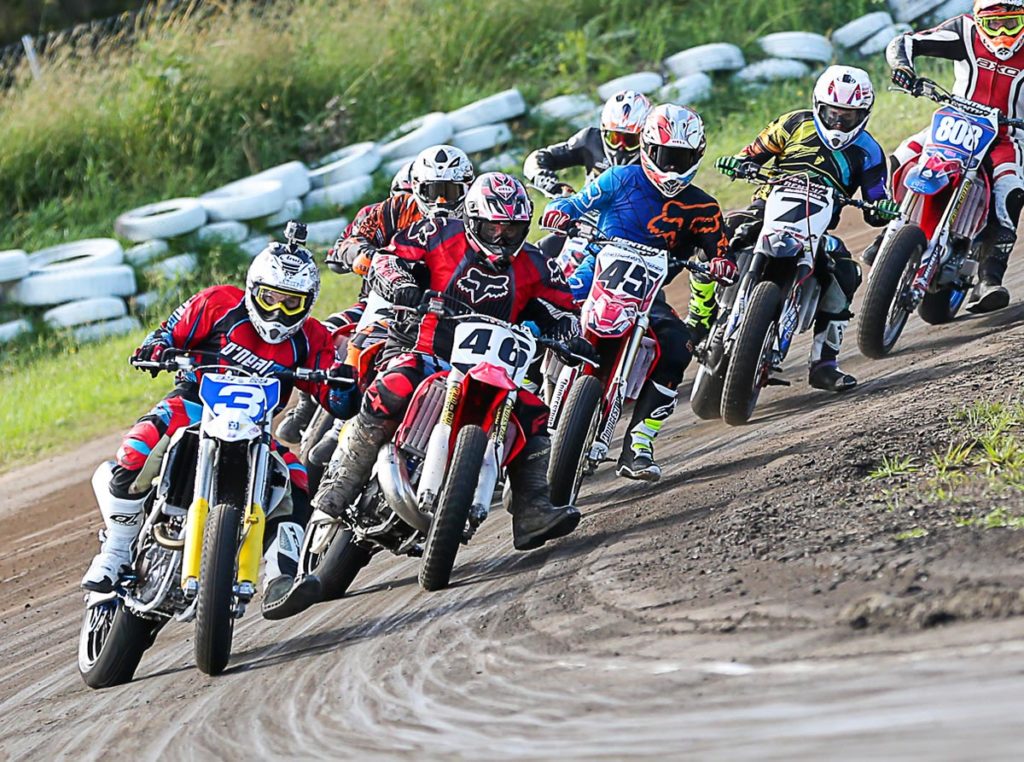 Vespa team up with Christian Dior for special 946