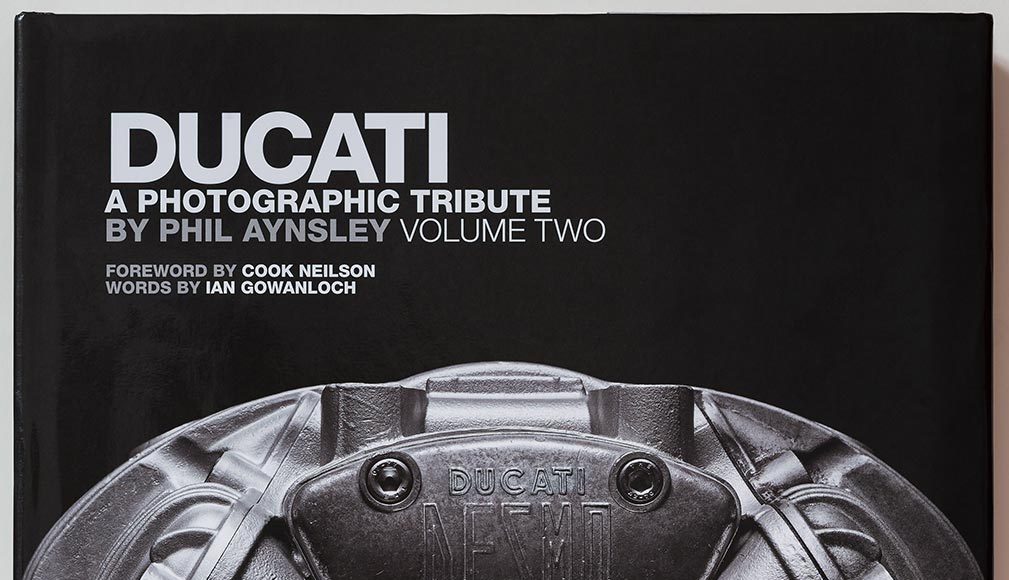 In these modern times, where anything seen in print is so rarely worth getting excited about, I must admit I was a bit taken aback when I experienced a bit of a thrill unwrapping the latest book from Phil Aynsley, ‘Ducati – A Photographic Tribute – Volume Two’.

It was so carefully wrapped for delivery, that it immediately felt a little precious. Spending some time exploring the pages inside just reemphasised that initial impression.

A knowledgeable expert of world standing on the history of European motorcycles, and a highly skilled photographic artist, who better qualified to marry these two things together in order to produce such a fascinatingly beautiful book.

Phil has put his two passions together and travelled the world photographing some of the world’s most exotic, rare and special motorcycles. A few of which we have showcased right here on MCNews.com.au.

Phil has only ever owned Ducatis, starting with the purchase of a 250 Desmo in 1972. He has also built a photographic catalogue that would surpass what Ducati themselves possess in Bologna.

While the sound of a Ducati can’t be replicated in print, the beauty sure can. I can’t imagine there is a Ducati enthusiast in the world that would not cherish this book as a worthy treasure.

The exquisite detail shots of engines and engine components are particularly fascinating, and so rarely seen.

The book is available from Ducati dealers, good bookshops or direct from: www.primerbooks.com.au at a RRP of $119.95

This is a photographic tribute, so if you want a history book full of text look elsewhere.

Only 2000 of this freshly released Volume Two have been printed

A special deal (on the website) enables those who missed out on the first book to obtain one of the last Volume 1 Limited Editions, together with Volume 2, at a much reduced price – $800.00  (the Limited Edition RRP was $1000.00, and only 100 were printed). 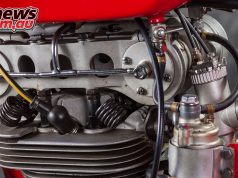