The 2012 MotoGP test season started with today’s first day of a three-day test at Malaysia’s Sepang International Circuit. The Ducati Team took to the track with its Desmosedici GP12, and after official test rider Franco Battaini carried out the shakedown, Valentino Rossi and Nicky Hayden started the important work of finding a base setup.

Ducati Corse Technical Director Filippo Preziosi followed the team’s work from the garage. Last night’s rainfall resulted in a damp track surface this morning, delaying the team’s start until around midday. Valentino Rossi and his team progressed step by step, improving the lap time in each outing before finishing with the fifth-fastest time, .735 seconds behind that of Jorge Lorenzo. Nicky Hayden also began working on the GP12’s setup, although his physical condition was still affected by the injury to his left scapula. The American finished the day tenth, having completed 25 laps.

Valentino Rossi (Ducati Team) 5th, 2:02.392 (30 laps)
“I’m happy because first impressions are important, and already in the first few laps, I could tell that I like the bike. Ducati did a good job in a just a short time. The bike is beautiful, but more importantly, it’s nice to ride. The riding position has improved a lot, and it’s better on braking and corner entry. I can brake like I want to and take the lines that I like, and I feel comfortable in general. I was able to ride well and not make mistakes, and there’s a reason for that. It means that the bike can be ridden. It’s more agile in change of direction, and it wheelies much less. We’re 7 tenths back today, and of course there’s still a lot of work to do before we can win. We have to improve in some areas: acceleration, electronics, power delivery and setup. I’d say we’ll be able to make a more accurate assessment at the end of the test, because let’s remember, the bike is just 40 days old. To leave here a second back from the top would be okay because anyway, we know that there’s still much more to be done. But one of the best things from today is that the bike reacts well to changes. That enabled us to drop one or two tenths every outing, which means further progress should be possible.”

Nicky Hayden (Ducati Team) 10th, 2:03.151 (25 laps)
“It’s great to be back at the track with the team, riding a motorcycle. We lost a little time this morning, but I hadn’t planned to ride the whole day anyway. Obviously, I wish my physical condition were better. On one hand I’m happy just to be here and not miss another test after missing the one in Valencia, but I wasn’t able to do a lot of laps, and definitely no long stints. We know how important shoulders are on these bikes, and I didn’t have the strength I would like. The bone itself was okay, but I had a lot of pain in the joint, although there was no problem with the ribs and very few problems with the wrist. Anyway, it was great to try the new bike and get some information. We made a step forward with the feeling at the front while braking and turning, but I need to find more edge grip and rear grip on entry, and a better balance with the electronics. We’ll do some treatment to my shoulder tonight and see how I feel in the morning.” 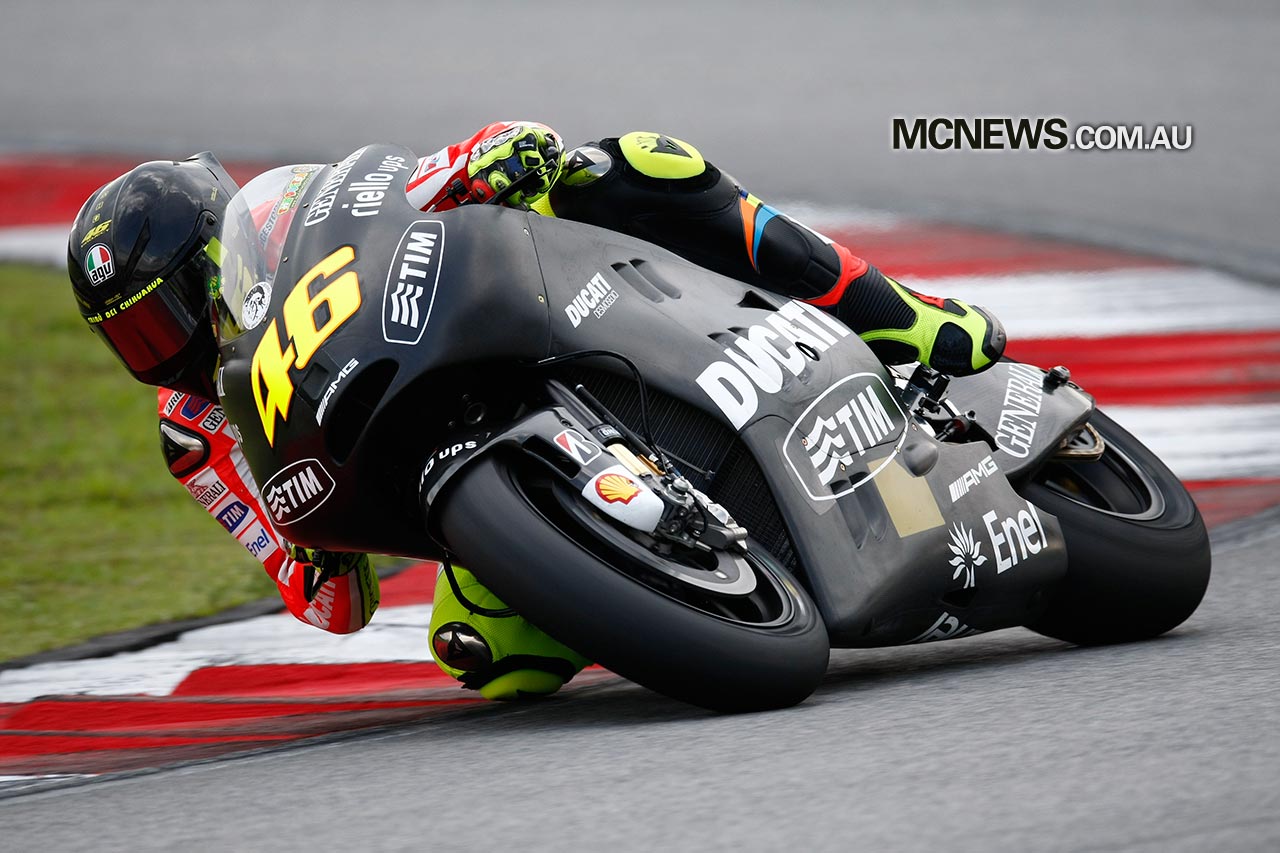 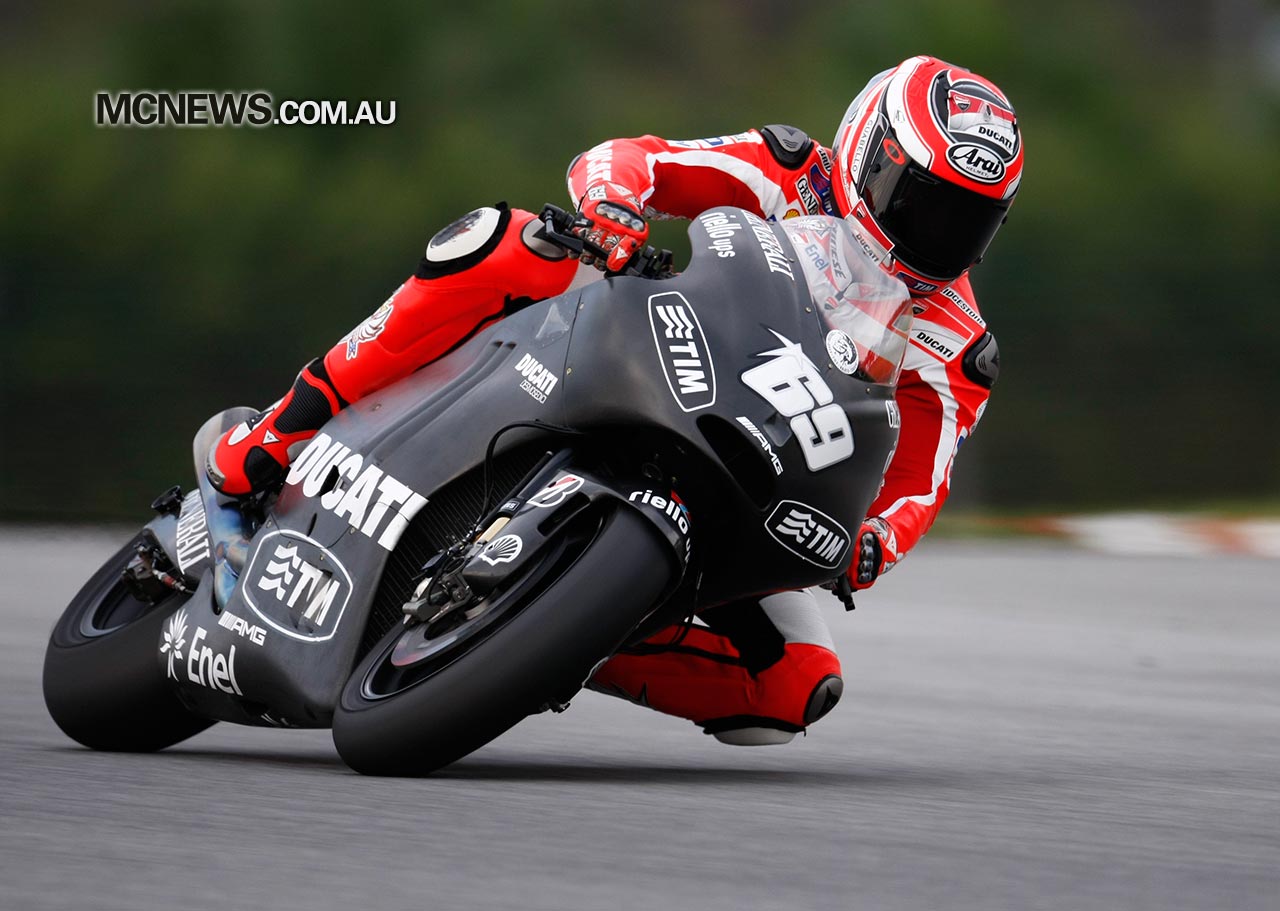