The 2014 season will see the return of Ducati (the winners of 31 world titles in World Superbike, composed of 17 Manufacturers and 14 Riders titles) in an official capacity to the World Superbike Championship. Ducati will also re-establish its collaboration with Feel Racing, the logistical and organisational structure based in Crespellano, in the province of Bologna, a relationship that was interrupted in 2010, the last year in which the Bologna-based manufacturer participated in the production-derived series as a factory team.

Next to take to the stage were the two Ducati Superbike factory riders, 26-year old Welshman Chaz Davies and 24-year old Italian Davide Giugliano, on hand to unveil the 2014 version of the 1199 Panigale with its new racing livery that includes the team’s main sponsors TIM, Fiamm, Valsir and Diadora.

The event was broadcast live on the web thanks to avant-garde filming and encoding technology, the fruit of innovation from Telecom Italia  – team sponsor with the TIM brand – and the new TIM 4G mobile network.

Claudio Domenicali – CEO Ducati Motor Holding – “It is with great satisfaction that I open the new 2014 racing season with the presentation of the Ducati Superbike team. Using a movie analogy, this is our ‘Back to the Future’, where Ducati starts from its origins and essential values, looking forward decisively towards new challenges and new goals. As it always has been, Superbike is an important element for Ducati, its fans and enthusiasts and we take great interest in it. Its proximity to the product, the fact that Ducati made its name in the modern era thanks to the many victories of its twin-cylinder machines in this championship for production-derived bikes, the chance to develop solutions and kits to offer to our clients and fans, all of this makes Superbike a strategic championship for us. Ducati and its fans look forward to seeing the Panigale fighting for the top step of the rostrum, and Luigi Dall’Igna certainly has the experience and competence with which to take the team in that direction. I wish them all the best of luck, especially our two new riders Chaz and Davide who, I am sure, will do everything they can to put the smile back on the faces of the Ducatisti.”

Luigi Dall’Igna – General Manager Ducati Corse – “The results of the latest tests are encouraging. Both riders were able to record important lap times but more important is the fact that their comments regarding the bike have been positive. This is a key factor, especially in view of the experience they have accumulated in recent seasons and the fact that both were riding bikes of reference until just a few months ago. They are together providing us with the feedback needed in order to develop the 1199 Panigale in the best possible way. There is of course a lot of work still to do but I am confident and optimistic and believe that over the course of this coming championship we will get the bike back to where it deserves to be.”

Paolo Ciabatti – Sporting Director Ducati Corse – “2014 gets off to a good start. We have taken the decision to run the Superbike team directly once more, in conjunction with Feel Racing. We have won many titles with the Feel Racing team in the past and seeing as they are based in Crespellano, close to Bologna, it is as if they are an offshoot of Ducati Corse. We have two new riders, Chaz and Davide who, as well as being young, are also very ambitious and competitive, and with them we hope that we will soon get back to achieving the kind of results we expect. To win against the four-cylinders will not be easy but we think that we can achieve good results this year and finally bring satisfaction to our fans with the 1199 Panigale.”

Ernesto Marinelli – SBK Project Director – “The 2014 version of the Panigale has undergone various evolutions since last year. I would say the main one regards the electronics system that has been completely modified, generating not only an advantage in terms of functionality but also a lower overall weight. With regard to the chassis, the biggest change involves the new Ӧhlins suspension, which this season has a price cap imposed by the regulations. The braking system has also changed, with new 328mm Brembo front discs, and the engine has undergone evolution in order to achieve greater performance. We believe that we have a good bike/rider package with which to bring Ducati back to the positions that count.”

Serafino Foti – Team Manager – “I think that Chaz and Davide have a characteristic in common, in that neither of them has yet reached the apex of his career, so this gives them both great motivation. We will learn more about our level of competitiveness in about a month’s time in Australia but the important thing is to have faith in the bikes and to know that we have given our all throughout this first phase. Another important thing is not to lose focus during the season, as this will undoubtedly be a very difficult championship of the highest level. The goal is to give the Ducati fans the kind of excitement that they experienced in the past – we will give it our all!”

Chaz Davies – Ducati Superbike Team #7 – “I haven’t been riding the Panigale for very long yet but I feel that my bike has a lot of potential still to explore and evaluate. It’s important to continue to work hard and to stay focused on improving each component of the bike but this is a challenge that I’m very much looking forward to. I think that the bike has the potential to win races; we just need to keep working in the same direction and make the most of every opportunity that presents itself during race weekends. I think Davide and I will develop a strong working relationship and this will allow us to support and spur each other on to achieve positive results on the track.”

Davide Giugliano – Ducati Superbike Team #34 – “My new Panigale is something amazing, a bike that immediately feels like mine and with which I’m immediately in tune. I’m very pleased with how the bike is developing and so this is already very positive. Chaz is undoubtedly a great rider, a great talent and this season he will surely be one of my toughest rivals but I know that we’ll work together and will encourage each other to always do our best. We also owe it to the fans of course, as we want everybody who has always followed and supported Ducati to have fun and enjoy the results! I’m more than ready to get going and can’t wait to start the championship.” 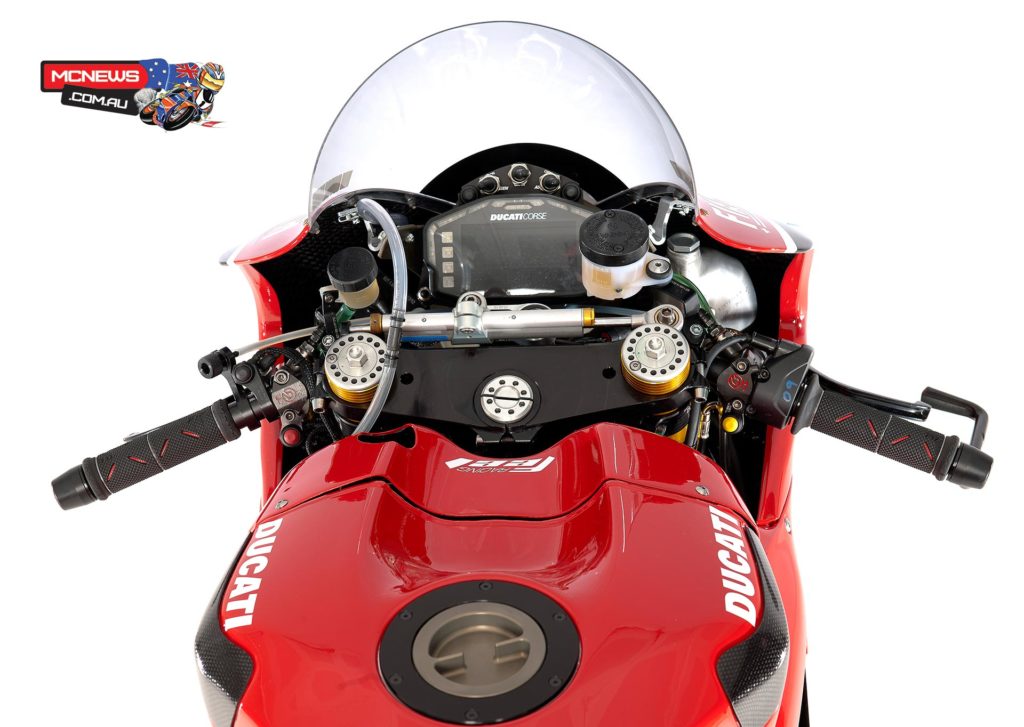 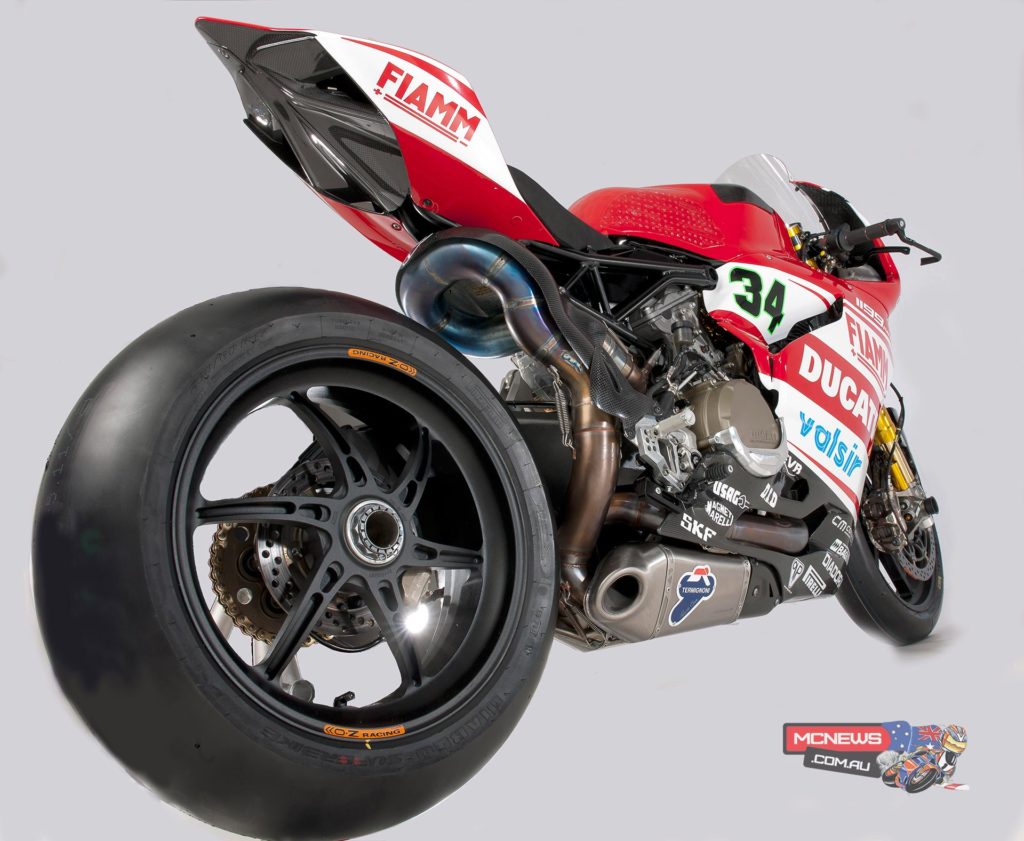 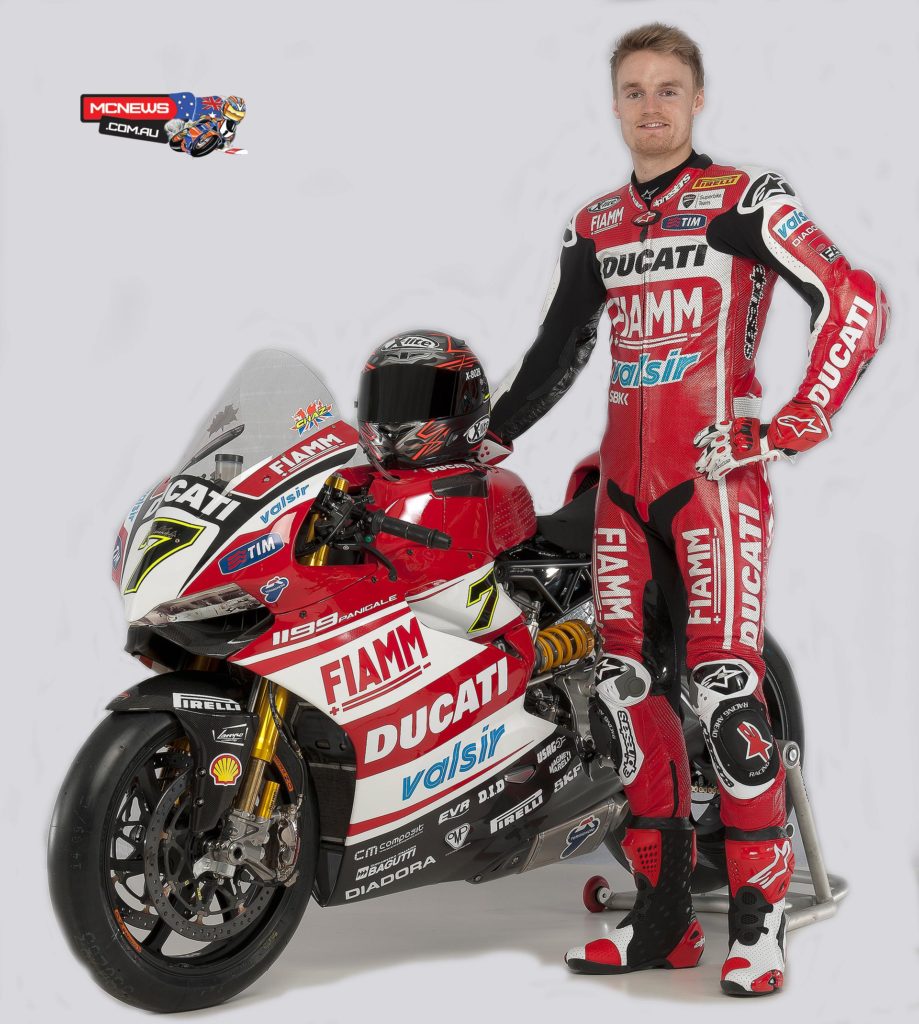