Motorcycle racing legend Freddie Spencer has been named as Mike Webb’s replacement on the FIM MotoGP Stewards Panel from 2019, with Spencer to become Chairman, as Webb concentrates solely on his role as Race Director.

Spencer both debuts as a Steward in 2019 and also takes on the role as Chairman, with the FIM MotoGP Stewards Panel comprising three people – the Chairman and two other Stewards, both of whom are nominated by the FIM and approved by the permanent bureau. The panel meets when required during events and are responsible solely for disciplinary decisions; imposition of penalties and the adjudication of protests.

“I appreciate the consideration and respect shown to me in offering me the position as Chairman. One of the motivating factors for me in doing all the classic events as well as talk shows, broadcasts and my book is because of my passion for my sport and what it has given me. In addition, one of the key factors in deciding to accept this position is my belief in this being an opportunity to be a positive influence and a constructive, resolving voice in issues that will arise; a voice that can impact the reputation of our sport both within it and in the outside world. I have spent the majority of my lifetime developing the skills required for this position. I know it is imperative to have the trust and respect of – and the ability to communicate with – the riders, teams, media, and hopefully fans too. Complete objectivity is absolutely essential in order to protect impartiality and to cultivate trust and respect in our decisions. The integrity and reputation of the sport has to come first; our sport has reached the heights it has because of the incredible effort everyone has put in to make it such a success.”

From 2019, Spencer will play a pivotal role within the panel – almost 40 years since the Louisiana native made his debut on the world stage. That debut came in 1980 in the Belgian Grand Prix, but the American first began to set the world alight in 1982 when he finished the year third overall in the 500cc Championship and took his first win in the Belgian Grand Prix, soon after taking another in the San Marino GP.

The following season Spencer took his first premier class crown and in 1985 he did it again – as well as competing in, and winning, the 250cc World Championship that same year. A record breaker from the off, Spencer was the youngest ever premier class race winner, polesitter and Champion until current reigning Champion Marc Marquez took the honour in 2013.

Involved in the sport from his days of competition to the present, 2019 will mark another new chapter for the American as he takes on this new role at the heart of MotoGP. Spencer will next attend the Gran Premio Motul de la Comunitat Valenciana this season. 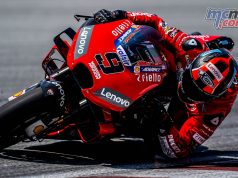 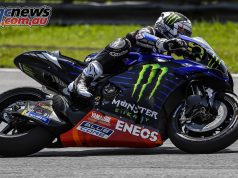 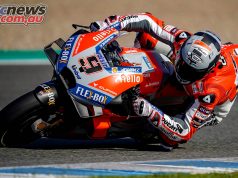