Putting an end to the gossip and speculation weeks before the announcement of its complete 2015 model line-up, Harley-Davidson has confirmed the much anticipated return of its Road Glide motorcycle, with the brand new Road Glide Special.

Infused with DNA from the brand’s customer-led product development effort, Project Rushmore, the sleek, shark-nose Touring model has been revealed in the U.S during special events at the Sturgis Motorcycle Rally in Sturgis, South Dakota and the National Bikers Roundup (NBR) in Tulsa, Okla.

“Road Glide has always had an incredibly passionate following, which is why its return to the model line-up is exciting for our customers and our company,” said Matt Levatich, President and Chief Operating Officer of Harley-Davidson Motor Company. “With Project Rushmore technology, intuitive features and great new styling, we’re delivering an improved ride for the Road Glide faithful and the many others looking for more cool Project Rushmore motorcycle options.”

New contours of the famous Road Glide fairing highlight that past form and convention were put aside for the 2015 design as the model returns to the Harley-Davidson product range in its all-new form. Featuring innovative Dual Reflector Daymaker™ LED headlights and hand-adjustable low-profile rear suspension, the Road Glide Special  sets out to make the ultimate statement in custom, high-mile touring and backs it up with all the function riders demand.

“The Road Glide has always been a bike for a rider who’s cut from a different cloth, a person who wants to make a statement as they chase the freedom of the road,” said Mike Goche, Manager, Product Planning. “This new model respects that spirit while offering a significant improvement in comfort, and the full suite of Project Rushmore features that have been such a huge hit with touring riders around the world.”

Providing safety and visibility, the brilliant white beams of the Dual Daymaker Reflector LED headlamp blast through the darkest of nights.

Centred in the inner fairing is the premium Boom!™ Box 6.5GT infotainment system with touch screen and GPS navigation which can also be controlled by twin joysticks located on a new swept-back handlebar.

The Road to Harley-Davidson Homecoming Challenge

Abundant torque on tap from the twist of the throttle comes from a High Output Twin Cam 103™ V-Twin engine that burbles through two chrome mufflers.

The new model will then start arriving at authorised Harley-Davidson dealerships in Australia from October 2014. 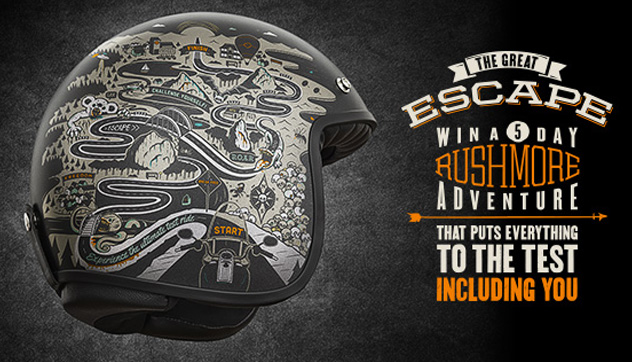