Firstly I’ll explain how the Africa Twin came to be my choice of ride. I had my trusty 2005 VFR800 in for some new fork seals and when I went to pick it up from the dealer, Team Moto Honda at Slacks Creek, I saw a new Africa Twin proudly on display, front and centre of the doorway as I walked in, and what an impressive machine it was in the flesh.

That was the ‘Rally Red’ model which looked quite imposing on its center stand. Photos don’t really do the bike justice, the paint and overall finish of the bike is top-notch. I was offered a test ride on a base model demo, and my first impression of the bike was that of a big chook chaser, like an XR or similar, but with a far greater level of comfort and refinement.

The tank shape between my legs is very reminiscent of the old XLV750, and the exhaust note is quite possibly the best and loudest stock bike I’ve yet heard. I rode back to the dealership with a grin, looked it over completely, and the rest, as they say, is history.

I ordered an ABS model in the Tri-colour scheme and luckily for me, it arrived just three days later, Many others had to wait several months due to production delays followed by earthquake damage to the factory in Japan. When I arrived to wheel it away, it looked far better to the eye than in any of the photos I had seen.

I picked it up late in the afternoon and rode it around the district till well into the night. I don’t have much to complain about with the bike but one thing I’m not that fond of is LED headlights on any vehicle. There is simply too much ‘bounce back’ of light in my opinion, when approaching signs, or in fog, mist or rain, but in perfect conditions, the Africa Twin’ headlights have a good spread and depth.

The instrument panel is crystal clear by day, even in direct sunlight but is a little difficult to view in the standing position when off roading. The backlighting is excellent for night riding with all info selectable from the left switch block.

Of note here, the switch gear falls to hand intuitively, with the exception of the indicator and horn switch being in opposite positions to many Japanese motorcycles, but this was easy to adjust to. It now only poses a problem when I get back on my VFR with its horn/indicators in the traditional position and find myself beeping the horn at everyone when exiting turns.

The standard seat has two positions, and at 185cm tall, I prefer it in the lower setting. It is a rather tall bike despite sitting in the bike, rather than on it, like you might on a 450cc motocrosser.

I find the split two-piece seat ‘all day’ comfortable, and it follows the narrow waist of the bike which affords excellent control off road when standing and clasping it between the knees. I have managed to do a fair amount of off roading so far and have always come home with a grin.

I woke up early the day after delivery and ran it in with a ride up Duck Creek Rd, a local 4×4 only track, that makes an ascent to ‘O’Reillys’ atop Mt Tamborine. Despite the road biased Dunlop rubber, I made it up just fine. In fact, I had the most fun I’ve had on two wheels for many years. I couldn’t ride past these guys without stopping for a photo, I mean this is a Honda Africa Twin right?

The engine is perfect for the task. Good torque is available on demand in typical first gear tricky off road sections, and from there builds in a very linear curve to the limiter with a slight peak somewhere around 5000rpm. That parallel twin sounds awesome by the way. What a sweet note!

While some criticise the engine having ‘only’ 95hp or so, the way this power is delivered makes every one of those horse’s useable should you wish, but I must say that smooth power curve can disguise the impression of speed, particularly off-road.

Luckily the Africa Twin has dual radial mounted calipers up front with 320mm floating discs that are progressive and powerful. The rear brake is likewise one of the most effective units I’ve come across and when the rear ABS is switched off, can get the big Honda backing into bends just nicely.

The chassis is very well balanced at any speed. Despite its mass on paper, you really don’t notice the bike’s heft. It carries that weight uncannily well. Slow speed maneuvers are a snap, a huge angle of steering lock means you can U-turn the Africa Twin in an area not much larger than a single car park space.

Commuting is also a breeze on the Africa Twin. The ride height offers a commanding view over traffic, and with the wide bars well above car mirrors, lane filtering is real easy.

I have heard some complaint from owners mostly in the Northern Hemisphere about wind buffeting, but I myself cannot criticise the cockpit of this bike. I wear an ADV type lid with a peaked visor and don’t suffer any buffeting, just the right amount of steady arflow into the helmet which, being a Queenslander, I am thankful for.

Its actually reasonably quiet behind that screen too. In rain it is quite a dry cockpit although the lower legs get soaked, so decent high boots are in order for wet weather riding.

Now after almost 18 months, I have 14000km racked up over a wide variety of riding and am very happy to say there is not a lot to complain about with this bike. Here are some of my more critical observations from long term ownership however.

The ‘tool box’ Honda expect you to store the far too basic OEM tool kit in is mounted near your knee behind the left side cylinder. It requires you to remove the seat, to remove the hex key that’s stored on the seat’s underside, so you can use it to then remove two hex head bolts, to remove the thin steel frame before you can open the above mentioned tool box, only to find you can’t fit the bloody tool kit in it anyway. A ridiculous idea and a waste of space.

The air filters (yes two of them, one each side) require removal of most of the bike’s tupperware before you can access them. If you’re going to ride a lot of dusty tracks, or drown your Africa Twin in a creek crossing, you would be well advised to practice this fairing removal at home first.

It isn’t difficult once you have done it a couple of times, but some prior familiarisation before heading bush would be handy. This could have been engineered better in my opinion.

The traction control also defaults back to setting 3 (the most intrusive setting) every time the bike is started, it isn’t a deal breaker, however until I reprogrammed myself to turn it off each ride, I had several embarrassing moments launching.

Where I was prepared for some one wheeled action, I only had the engine make a loud “BRT-t-t-t-t-t-t-t-tt-t,” as the front wheel got an inch of the deck, before the computer brought it all back down to earth. In fairness though I have found the traction control useful on the less intrusive settings on occasion, which surprised me.

The riders footpegs are steel, rubber topped pegs of decent quality, but oh so small in size! They look almost identical to the OEM pegs on the old NX650 Dominator. I ordered some el-cheap-o steel XR650 pegs, as I thought the mount looked the same and I was close to correct. A quick buzz with the dremel had them fitted easily and now make for confident weight shifting when off-road.

The bike should have come standard with XR pegs I reckon. And thus completes my ‘list’ of disappointments,

I have had no issues with the bike, it has been faultless and an utter joy to own. I don’t often ride my road bike since this big chooky came along, such is the ease of which this bike can do anything.

It doesn’t turn in quite like a superbike on the black top, and that 21in front wheel slows the turn in a lot by comparison, but it is still way more fun on a twisty road than an Australian licence can withstand if you’re not careful, and it’s still faster than almost anything with more wheels than it. I’d imagine a 12 second quarter mile wouldn’t be unrealistic.

No matter what I need to do on it, the Africa Twin is just a load of fun to ride. The love affair certainly isn’t over yet!

Do you have a great story to share about your motorcycle adventures?

If you can put some legible words together, and back that prose up with plenty of reasonable images, then we are happy to pay you for your submission. Contact Us Here. 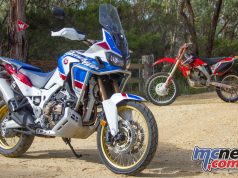 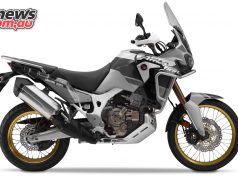 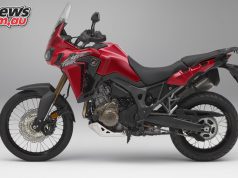