There are many contenders for the world’s most charismatic production motorcycle but one of the favourites must be Honda’s iconic CBX 6. Everything about the bike says it is a work of uncompromising genius – and it is.

The CBX engine is 100% the work of Shoichiro Irimajiri who, as a precocious young designer, was responsible for Honda’s legendary six cylinder race bikes. 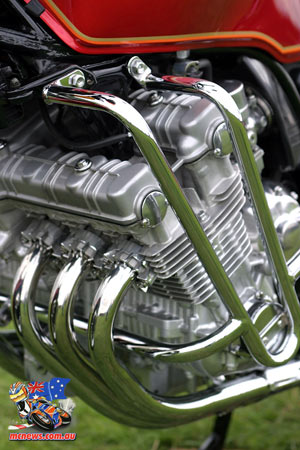 Mr. Irimajiri was clear about the link between the exotic GP machines like the RC166 250cc GP bike and the road going CBX. At the bike’s launch late in 1978 he said: “When we were racing, we were up against four cylinder two-strokes built by Yamaha and Suzuki. Cylinder multiplication was the only way we could be competitive. That’s why we built the five cylinder 125 and the two six cylinder machines. The CBX is a direct descendant of these race engines. That’s one reason why it took only a year and a half to develop. We already had the engine technology from our GP racing experience.”

Another reason for the bike’s very existence was the opening of Honda’s then brand-new R&D centre at Asaka. Bursting with the brightest designers in Japan, and filled with a burning desire to show that Honda occupied the top spot in world wide bike design, the CBX was intended to make it clear just who ruled the bike world.

The CBX was every bit as exotic as its GP predecessors. It featured no less than 24 valves feeding the motor through the most sophisticated constant velocity carburettors ever made. The engine was also incredibly practical. Despite looking vast, it was only two inches wider than the four cylinder Honda CB750 it replaced and boasted a sweet gearbox and svelte clutch. Best of all, producing 103hp at 9,000 rpm, it made the power its looks promised. Enough power in fact to make it the quickest most powerful production bike available with quarter mile times in the mid 11s. 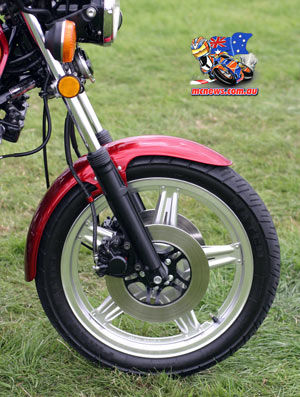 The styling was equally dramatic. A team of five chassis engineers and stylists, working under the direction of Norimoto Otsuka, produced one of the most dramatic petrol tanks ever to grace a motorcycle.

The chassis was less successful with spindly front forks and a swinging arm which was definitely not conceived by a master engineer. Neither were the rear shocks. Finally, the Dunlop tyres, which the bike came equipped with as standard, did not do the bike any favours.

Not that any of these factors caused the CBX to handle badly. Rather it required thought, care and intelligence to perform well.

The root of the problem lay mainly in its weight. Tipping the scales at around 270kg wet, this was not a bike which took kindly to sloppy or indecisive riding. And so developed the great myth that CBX 6s don’t handle.

This falsehood, combined with a high list price, eventually killed the bike. The gossip was also that Honda actually lost money on every CBX they sold. So, after only four years, the CBX ceased production – and the biking fraternity should have mourned the passing of a truly great motorcycle. The first two years of production saw the CBX sold as a sportsbike before in the latter half of it’s life it grew a fairing and became a sports-touring model.

Now, equipped with modern tyres and aftermarket rear shocks, it is a surprisingly nice ride and the CBX certainly feels totally different to everything else in the biking world. 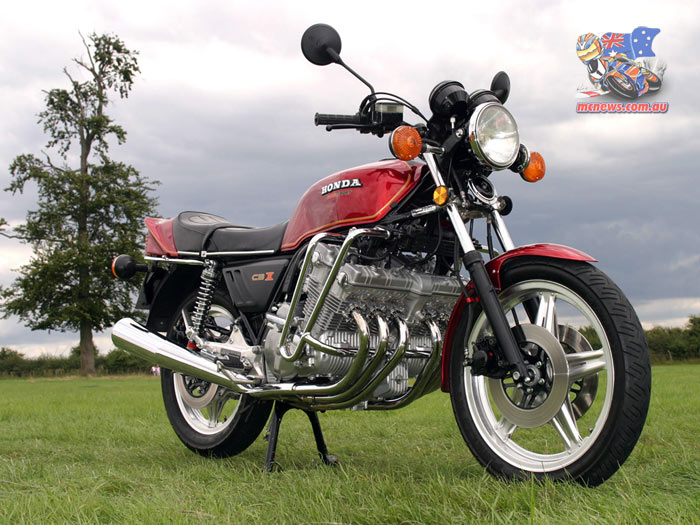