The Honda NSR500V was introduced in 1996 to take advantage of the lower weight limit for twin-cylinder machines and to be sold as a viable privateer team bike. 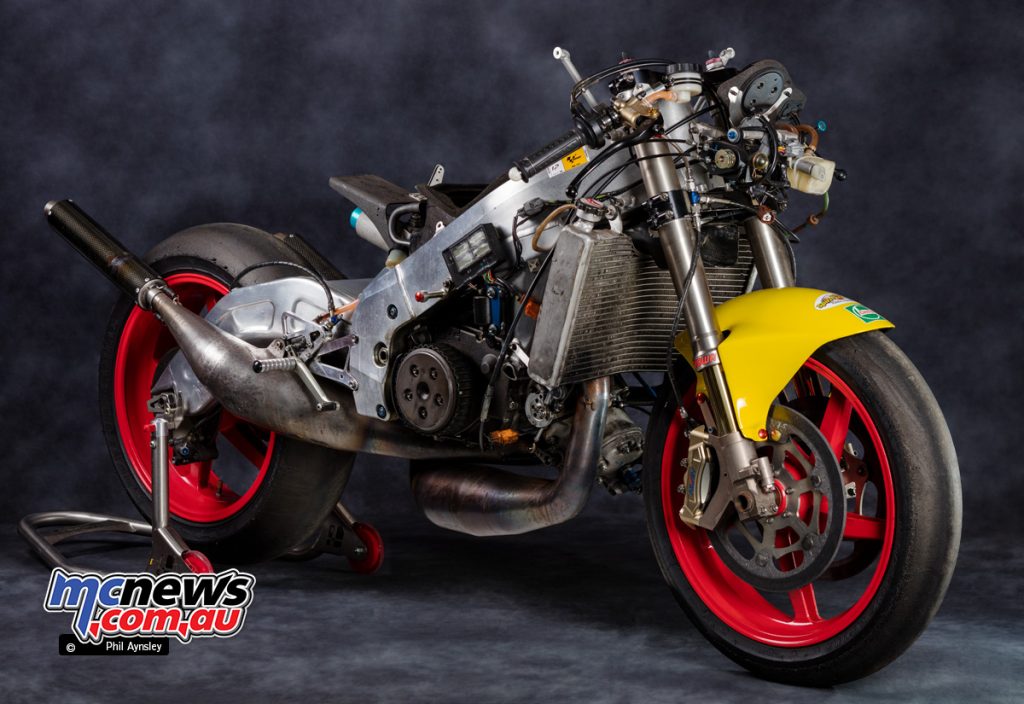 However for the first year it was run solely as a factory entry. As with the Aprilia V-twin, its advantages of better handling and higher cornering speed weren’t quite enough to overcome the V4 bikes’ superior acceleration.

Tadayuki Okada placed his twin on pole for its first race, in Malaysia, and went on to score six top five placings, including a second at Phillip Island. He finished the the 1996 season in seventh place.

This is one of Jurgen van den Goorbergh’s 2000 bikes and is fitted with a TSR frame and swingarm, together with works Nissin forks and front brakes. It has chassis number 001 (of the three run by the team). Van den Goorbergh won Best Privateer for 2000, finishing in 13th place for the season.

The bike was fitted with the uprated 2001 motor for the following season (which featured new crankcases and transmission) and raced by Haruchika Aoki – who also won that year’s Best Privateer award.