by Trev
in Enduro / Rally, Motorcycle News
A A
Share on FacebookShare on TwitterShare 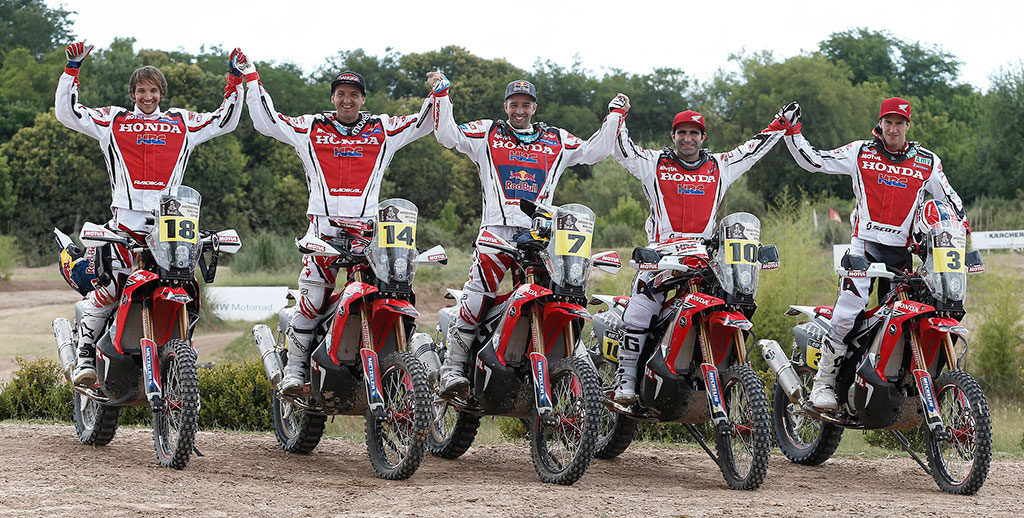 After two days of testing at Argentina’s Honda Motor factory in Campana, Team HRC are ready to face the challenge of the Rally Dakar 2014.

Team HRC are now in Rosario, Argentina, where the 2014 edition of Rally Dakar starts out from. The rain was there to greet the participants in the checks taking place from 2nd to 4th January, where competitors will have to pass administrative tests as well as technical inspections of vehicles. The rain, at least, has helped to quell the high temperatures experienced in the zone prior to arrival of the teams.

Team HRC bikes and vehicles arrived at the Campana factory, north of Buenos Aires, for the final details and tuning before they headed off to Rosario for verification.

Team HRC members, Joan Barreda, Hélder Rodrigues, Paulo Gonçalves, Javier Pizzolito and Sam Sunderland tested out the Honda CRF450 RALLY on the Otamendi motocross track, without any setbacks. Both riders and the bikes are now ready for the great challenge that is the Rally Dakar 2014.

The race itself will get underway from the Rosario starting grid on 5th January, where riders head off for San Luís. After crossing Argentina, Bolivia and Chile, the race will wind up in the Chilean city of Valparaíso, after some 8,734 kilometres of Rally.

Katsumi Yamazaki Team HRC Team Director
“Yesterday on the motocross track at Campana we had a day of testing. All the preparations are ready and we can finally say, ‘Let’s get the show on the road!’ For now we are in Rosario for the administrative and technical checks, as well as the press conference. Team HRC are ready: riders, bikes and all the members of the crew. So far, so good.”

Martino Bianchi Team HRC General Manager
“We’ve just a couple of days until the Dakar gets underway. I’m really pleased with the way the work has gone up until now. HRC has carried out a huge task in very little time. The bikes are fantastic. The whole team has worked really hard too. The mechanics and the rest of the team are ready to give it their all, and get the best results out of this Dakar.

“In Campana, Honda Motor de Argentina has given us great support, where we were able to test out the bikes and make the final touches. We’ve been lucky these days; today it’s raining hard, but it was a dry ride yesterday. We are ready to fight for the goal.” 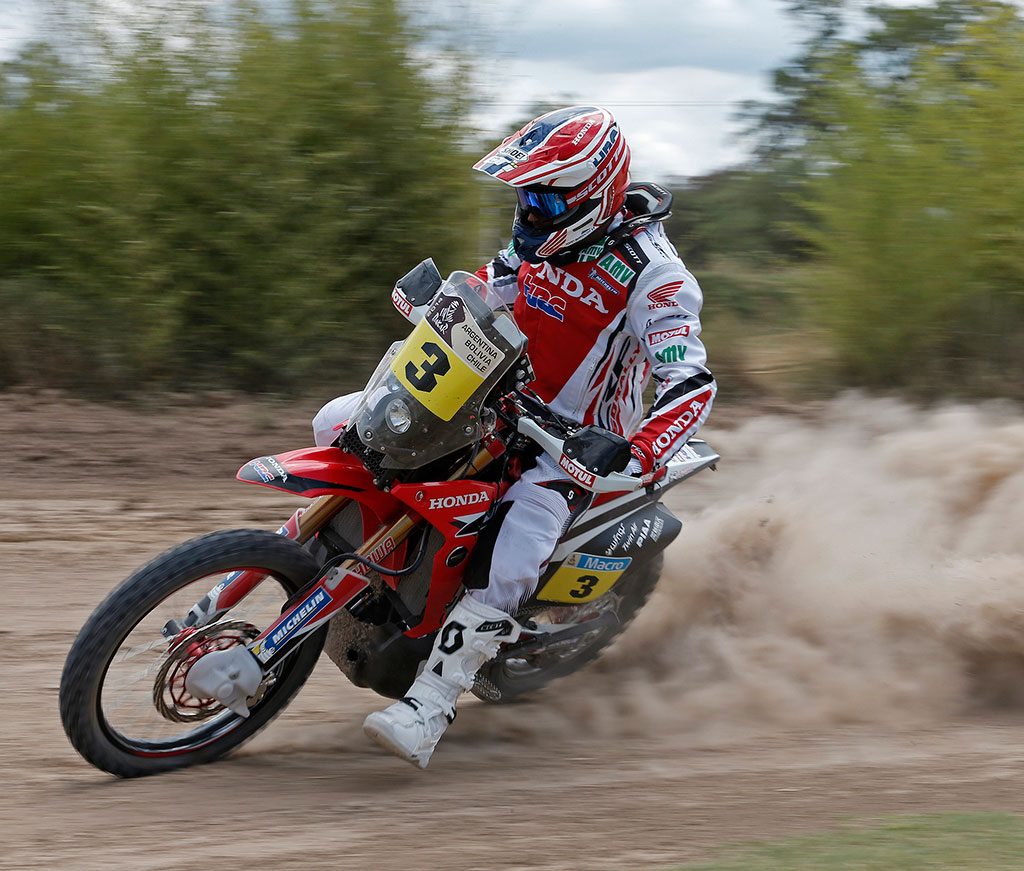 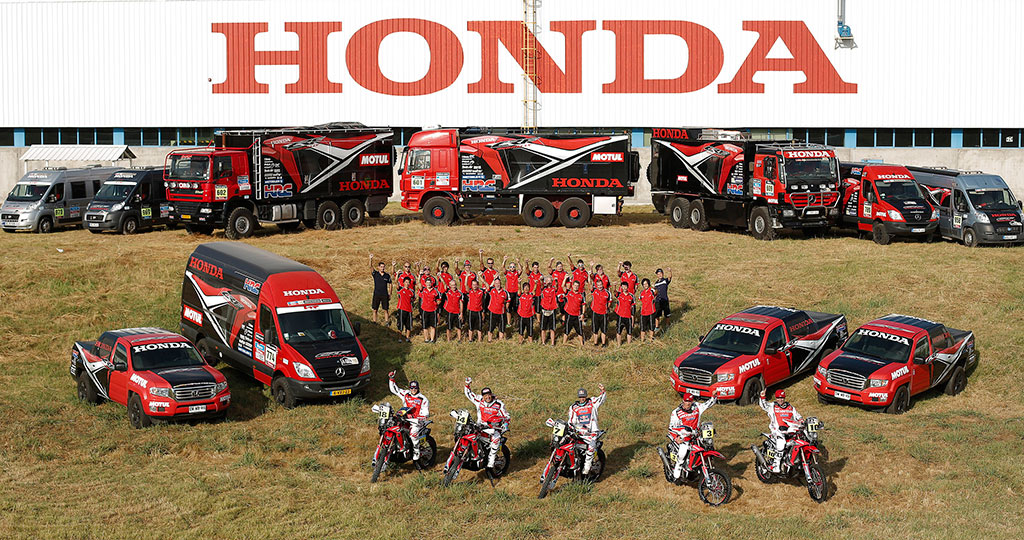 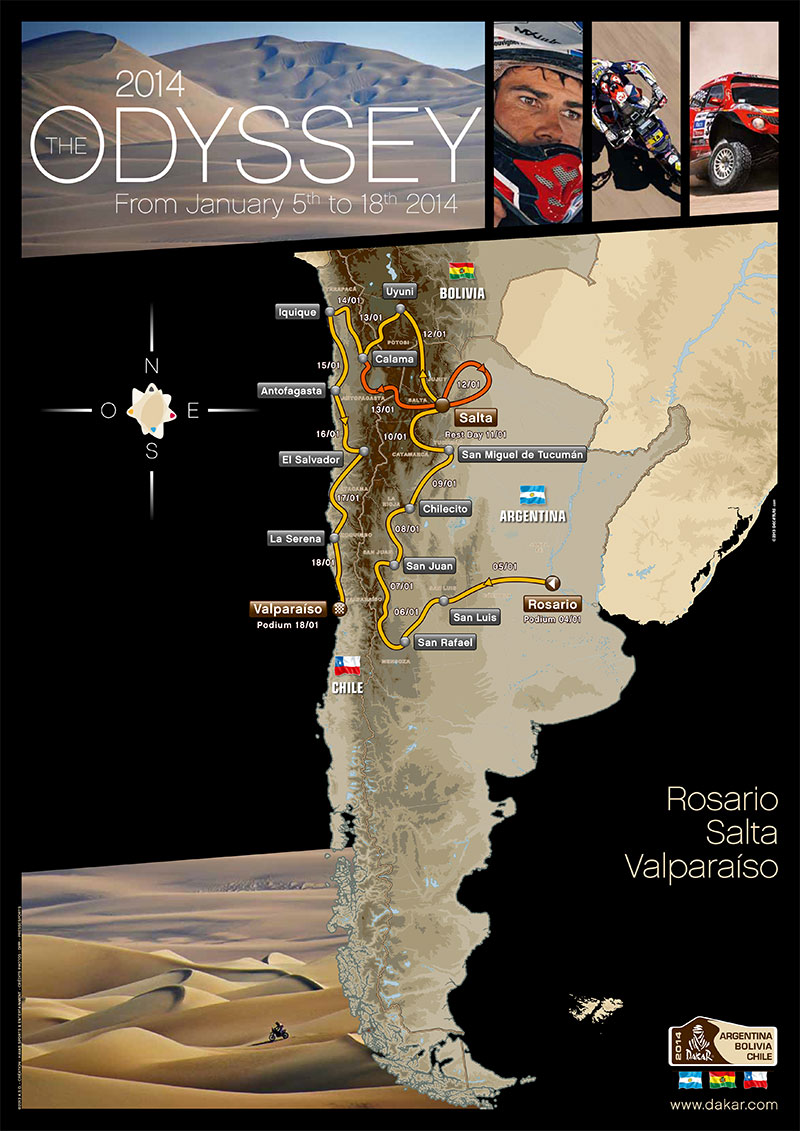