MCNews.com.au is pleased to welcome Greg Moss (Moss Institute) to our list of regular contributors. Greg has over 20 years of coaching experience, specialising in motocross and supercross. His twin boys, Jake and Matt, have been stars of the Australian Motocross scene for 20 years, with countless Junior and Senior National Championships under their belts. Matt is currently the reigning Australian Motocross and Supercross Champion. This is his fourth weekly Thursday column. Previously Greg interviewed Meghan Rutledge, and previewed the World MX season.

MCNews.com.au; I noticed you went to Motocross Legends Dinner

“Yes, I went to support my long-time friend Rosco Holden from Holden on Tight and to meet so many great names from the past (before my time) and see the Seven Mr. Motocross Legends receive all their long awaited trophies.”

MCNews.com.au; How was it?

“It was an amazing night with over 600 people in attendance and at a premier venue the Crown Palladium Melbourne. What was particular surprising was how these legends of the sport were so approachable and all kept saying how great it was then and sort of questioning what has happened to their sport. The best thing about the night is the amount of memorabilia that was donated and auctioned off to raise money for the Challenge organisation which support Kids with Cancer. How can you not support a cause for sick Kids Hey?”

MCNews.com.au; So who was there?

“The who’s who of the motocross sport past and Present and everyone in between I guess what I would say is that I did not see many of the present day top riders there which I thought was a bit disappointing.”

MCNews.com.au; Since coming home you have formed a FB page ‘Give MA back to the riders’.

“Well that FB page that really came from nowhere its bloody hilarious actually a mate of mine put up a rant about what he gets for Race license fee I guess he just renewed his and his son’s and shelled the standard $600 odd bucks.

“Anyway I had been getting more and more involved in the MX side of the motorcycling sport over the last two years or so.”

MCNews.com.au; How did this come about?

“Well after many things over several years and this rant from Holty I thought Stuff it lets see how many people are not happy with the situation of the sport. I really wanted to see if it was just us MX people having a sook or if it was wider spread across other Disciplines.”

MCNews.com.au; Was it a supported general conversation and what does it mean

“Not really just something I decided to do on the spur of the moment really I guess I was bit annoyed after having to cancel a major event my Club had been planning for the last two years where we were going to offer prize money paying all the way down to tenth place to make sure the punter got something back as most event pay the top three or five and it’s the same guys/gals that get the cash and we wanted to spread it around a bit.

“I had also applied for the CEO role of MA and was not successful in getting through to the second stage, this was stimulated by wanting to try and make a difference because I have seen some things that I believe should be done better.

“Back to the FB page this thing has gone off its head in under three days we have over 1500 likes and people from all over the country and from every single discipline and boy are they not happy with life in the Motorcycle sport arena there are so many similar issues that have been raised across all of the sectors and there are always a few that are specific, but the common ones make me extremely inspired to push on and try to make some change and if there are 5 or 6 common ones and we get two or three of them improved or even fixed the sport and the organisation will be so much better and much more productive for everyone’s benefit.”

MCNews.com.au; So what’s your history in the sport?

“I got involved very late in my life and my son he started riding at 4 then racing from 7 so I thought can’t let him have all the fun and start racing Vets at 43 in the Gippsland series, up until march this year when had a small crash ( haha) and compound fracture of the femur and broken T1 back on the bike but the minister for war and finance not so keen to have me race again, so I thought I would ease back in to this year starting with the Hattah ( Ironman of course), I have a 16 year old Daughter who is a very accomplished dancer that wants to race but Mum’s not that keen.”

MCNews.com.au; What Club are you a member of?

“Been A member at Rosebud district motorcycle club for eight years and President for the last four.”

MCNews.com.au; What are your experience outside of the sport?

“I have many; qualified automotive Machinist First Class, worked in retail for 25 years and also managed a couple of small business’, am currently National Promotions Manager for Danks Hardware ( Home & Thrifty Link Brands).”

“Anything with horse power and speed and test cricket.”

MCNews.com.au; What do you see are the main things that need to change

“Really there are not all that many when you look at the comments on the FB page they are pretty similar we obvious there is the cost issue but that will always be some form of factor which we can never get away from but if we ensure the organisation is operating for the riders and the sports needs and not wasting money on non-core activities then it should be as lower cost as it can be.

“The other big factor is the transparency in which the sport is governed and then and probably almost the most important is the quality and the consistency of the sports officials in the way they enforce the rules and the way they treat competitors but this is a two-way street because many riders don’t respect the rules or the officials, and of course this is just a viscous circle right now so someone has to start the change. I feel that responsibility lies with the governing bodies and the officials.”

MCNews.com.au; How do people get onto the Face Book Page

“Well its called ‘Give MA back to the people.’

“They can put on their points of view and I would love to get as many ideas on how things can be improved the more people we have on this the bigger chance we have of making change take place even if people don’t agree Im not concerned about any positives or negative comments I just ask people to respect people’s opinions don’t get personal or abusive and please stick to the subject.“ 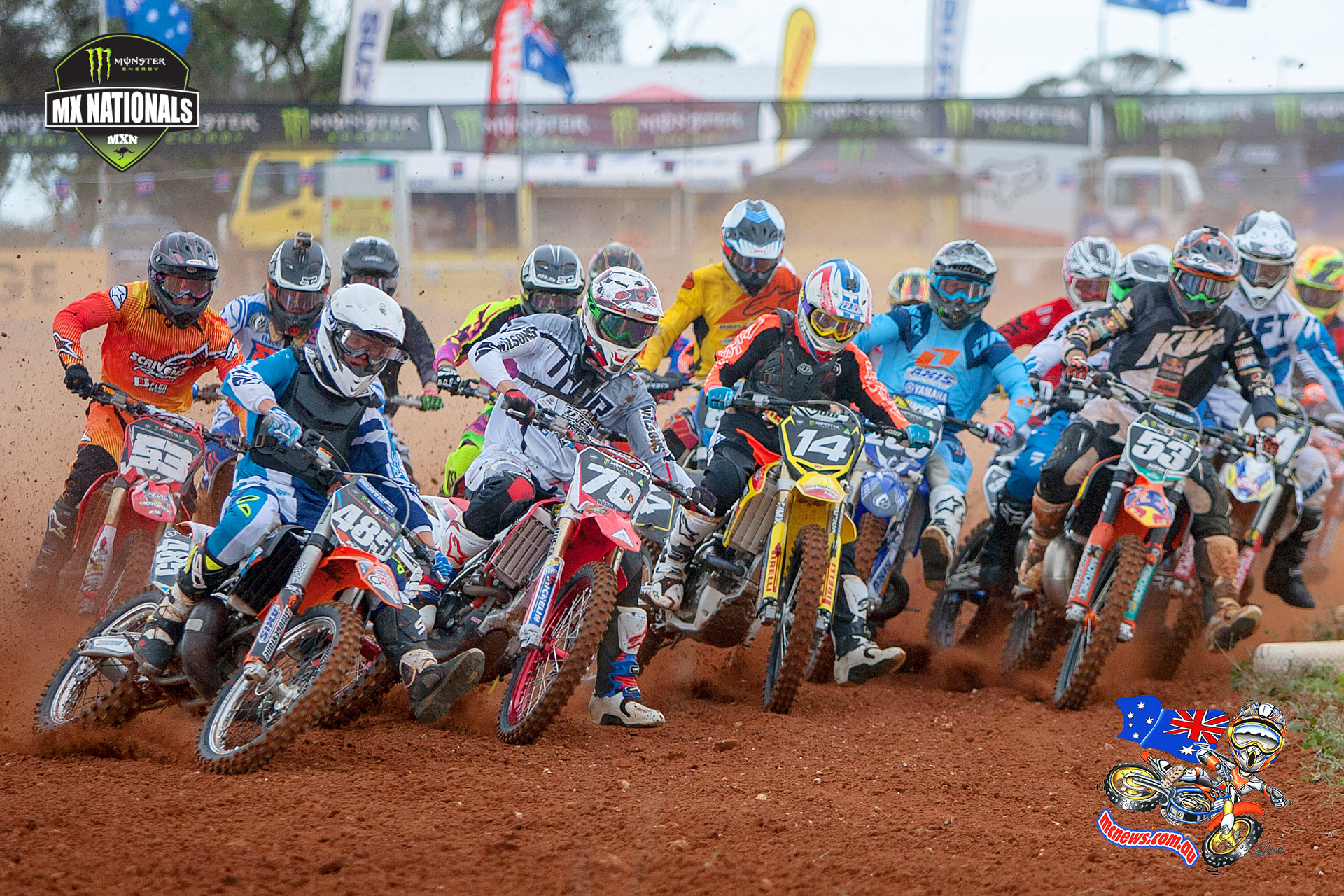 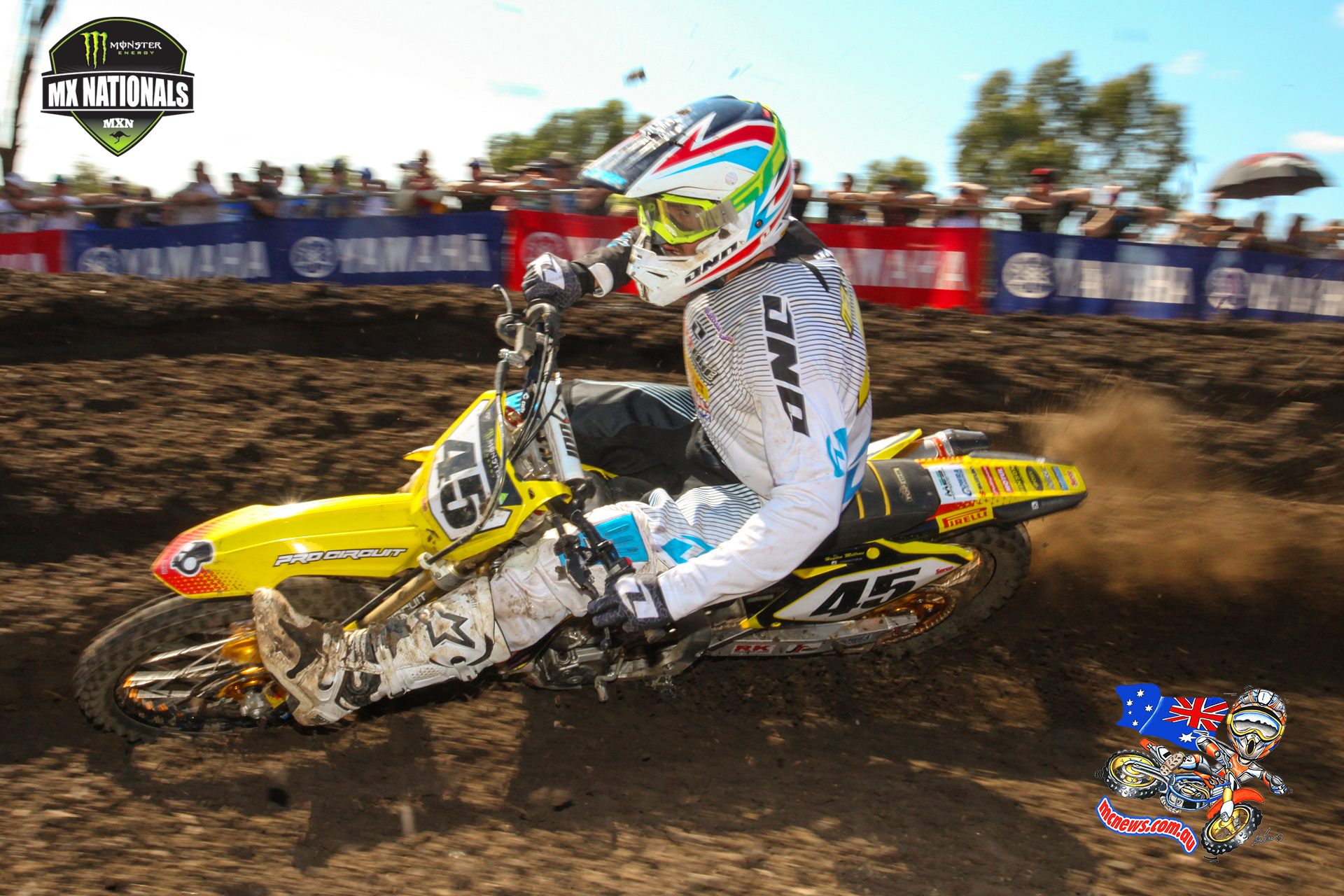