Jarno’s death, along with that of Renzo Pasolini at Monza on 20 May 1973 was a great tragedy which appalled the motorcycling world. Rarely has one man received such adulation and achieved so much on the race track in such a short time. Jarno died on the race track doing what he always did, riding 10/10ths. But, he died unnecessarily and in doing so the world lost a larger than life motorcycling celebrity. Jarno only rode in 3 GP seasons and at the time he seemed invincible. 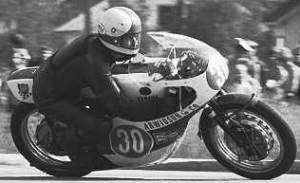 The 1973 Italian Grand Prix was proving a farce with pit tension running high. The armco fencing was very unpopular even with hay bales. The track had been re-surfaced carelessly. In the 350cc event after Villa’s Benelli began losing oil forcing him into the pits. His team encouraged him back onto the track as there was only one more lap to go. He cruised around to finish 5th dropping oil onto the track in the process. After the race, Christian Lacombe, a journalist, was concerned at the amount of oil visible on the track and approached the marshals to clean it up. Instead they called the police and threatened him with ejection from the circuit. One of the riders, Australian John Dodds confronted the Clerk of the Course over the condition of the track and was also threatened with the police. John warned as many riders as he could but didn’t get to speak with Jarno.

Pasolini also did not know about the oil having retired from the 350cc race. It was inconceivable that anyone would start the race in those conditions but in those days the riders did not have a spokesman and were not used to challenging authority. Disaster struck almost immediately. Pasolini struck the oil in the first corner, the Curva Granda, and fell fatally. Saarinen following closely could not avoid him and also fell. Hideo Kanaya missed the fallen riders but hit the straw bales full on. Another dozen riders were embroiled in the mayhem that resulted, most suffering injuries. It took another two laps before the race organisers would stop the race. The shock of these deaths was total. The Suzuki, MV, Harley and Yamaha factories banded together to fight for better race conditions and Yamaha pulled out of racing for the rest of the year. The racing world had to change.

Looking back, Jarno had rocketed to fame after achieving 250cc world champion status at the end of 1972. In only his 4th season he rode a diminutive 350cc Yamaha to first place in both the 1973 200 mileclassics_jarnosideshot_400p.jpg (15944 bytes) Daytona race and the Imola 200 beating many larger machines. Jarno was born in 1945 in Finland. He studied to become a qualified mechanical engineer before taking up ice racing at the age of 20. He won six Finnish championships road racing on a 125cc Puch and 250cc and 350cc Yamahas.

Entering the GPs as a privateer in 1970 he rode his 125 Puch and 250 Yamaha and soon gained the epithet the “Flying Finn.” To the Finns he was known as “Paroni” or the “Baron.” Running out of money he went and completed his final engineering exams at Helsinki. In 1971 Arwidson and Co. sponsored Jarno to second place in the 250cc championship despite a series of seizures.

For 1972 Yamaha supported Jarno and he went on to win the 250cc world championship. He also rode the new water-cooled Yamaha 350cc twin setting a new lap record in the process. He beat Agostini at Pesaro riding 350cc and 500cc Benelli 4 cylinder machines. At Silverstone he won the 250 and 350 races, 250, 350 and 750 at Scarborough and at Mallory park the “Race of the Year.” The race going public was enthralled at his wild but seemingly safe riding style. Not everyone was convinced, both Phil Read and Rod Gould expressed concern at how hard he rode. 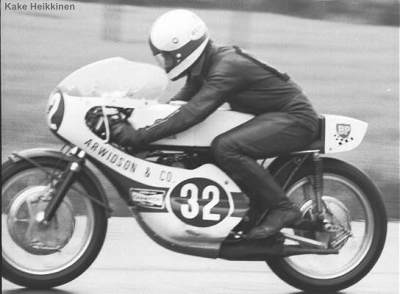 After hurting himself between seasons and needing stitches to a leg wound Jarno tested the new 500 Yamaha 4 cylinder. In March 1973 he won the Daytona on a 350 Yamaha against much bigger opposition. He repeated this triumph at Imola in the 200 mile race. In France Jarno won the 500 race on the new Yamaha beating Ago on the MV. MV responded with a new short stroke engine. Jarno went on and walked away with the 250 class. In Austria he again won the 250 and 500 races. In Germany he won the 250 but Ago came back with the new MV in the 500 race.

Jarno went on to Monza and into history. Against big and small Jarno could not fail to impress and his early death shocked the race going public. No one could ever follow the races again without the nagging fear that tragedy may strike again. Many riders had died in competition and the race still went on; but Jarno’s death was enough to shake up the whole race world. Enough was enough and the factories and riders stood up and demanded safer conditions and greater care in race management. Jarno’s unexpected legacy is that today we have a far safer racing environment. it is a shame that men such as Jarno had to die before anyone would sit up and take notice. 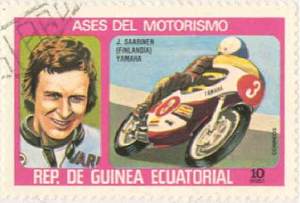 Black and white photos from Imatra courtesy of Kake Heikkinen