We were lucky enough to have a test day at Oulton Park the week before the event, so come race weekend the general set up was already familiar. 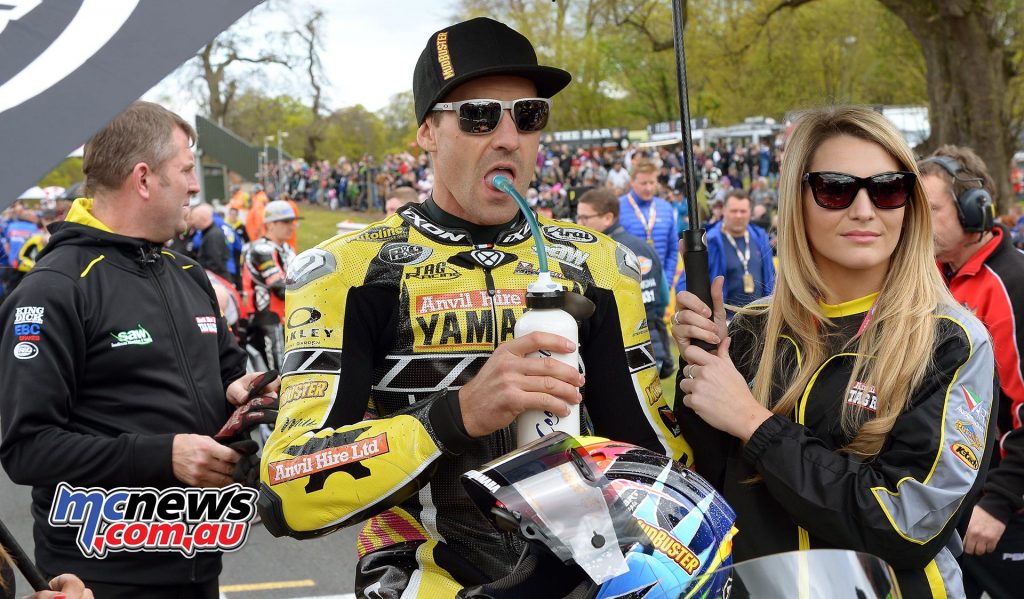 It became apparent that power delivery was an issue for Oulton, much the same as Brands. There is a huge amount of mid range, and not much at the top. This makes it harder to ride and tyre life is reduced, all the while not achieving a great top speed when it’s lagging in the last 1500rpm. 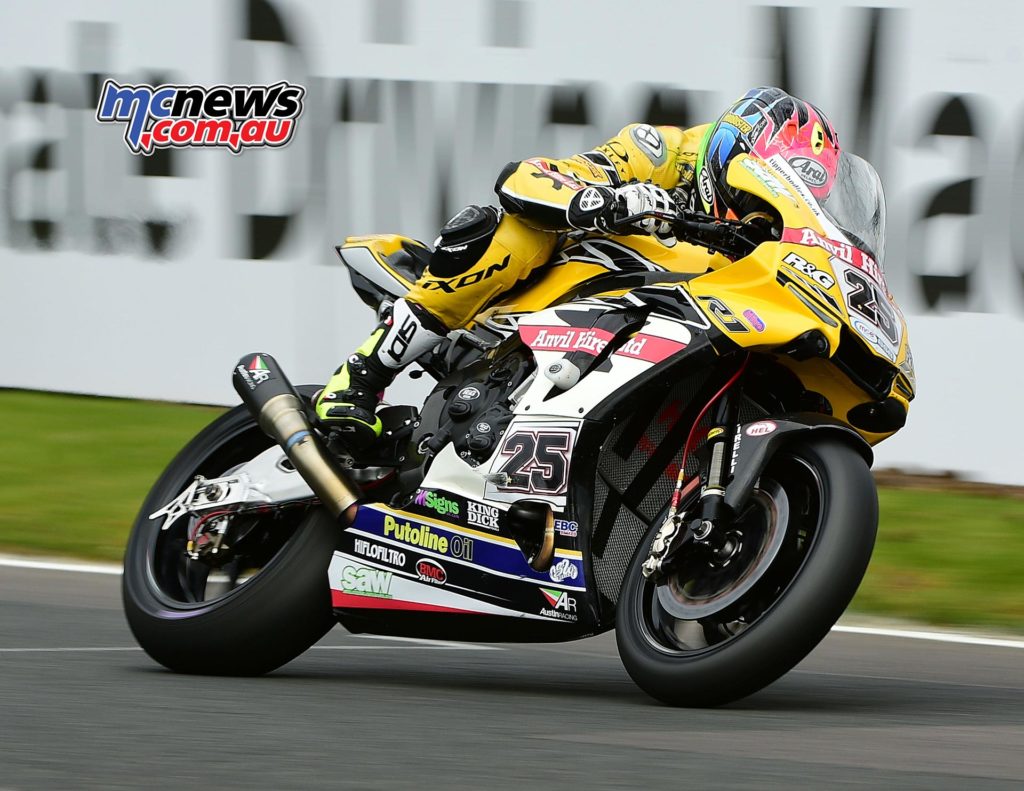 This wasn’t as noticeable in round one at Donington because the track has a flowing nature. The team are working on new engine specs over the six-week break, but for Brands and Oulton we were trying to use different gearing to minimise the issue. 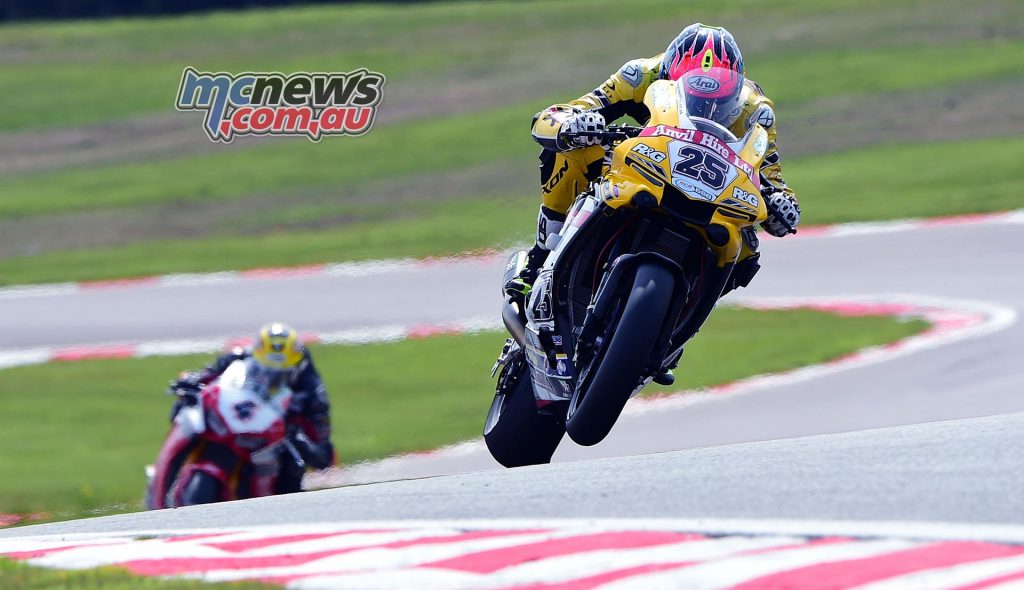 The R1 is sensitive to change, particularly to the weight bias. So a simple gearing change means the wheelbase is altered, and the good bike set-up is then out the window. Throughout the weekend we were making changes to to try and recover a good chassis feeling, and it was coming quite good, but only good enough for 4th in qualifying. 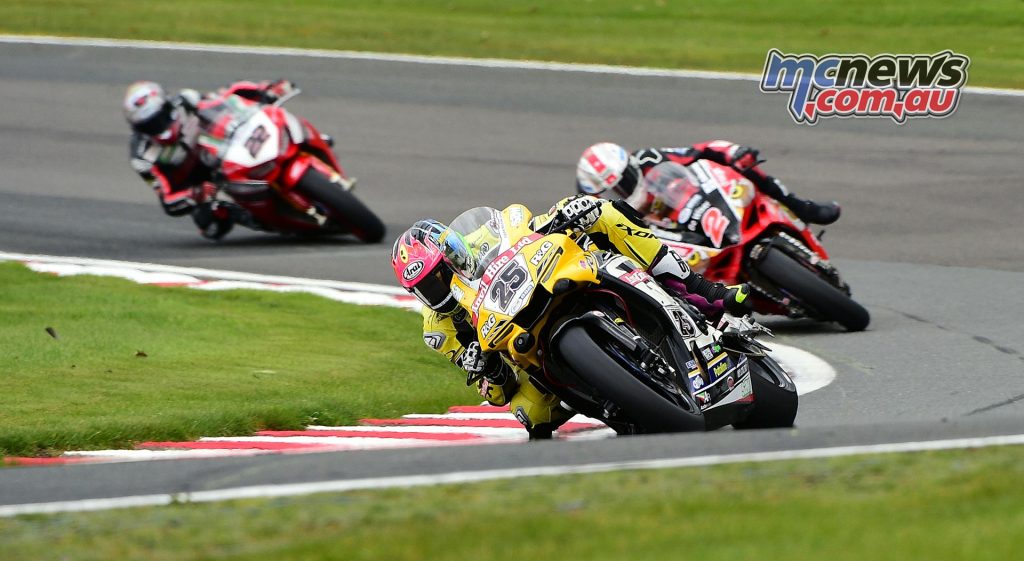 In race one I was was comfortably holding 4th but from the start of the race I had a vibration from the rear that was progressively getting worse, and with a few laps to go I dropped to 7th. This was a results of the tyre spinning on the rim and becoming badly out of balance. 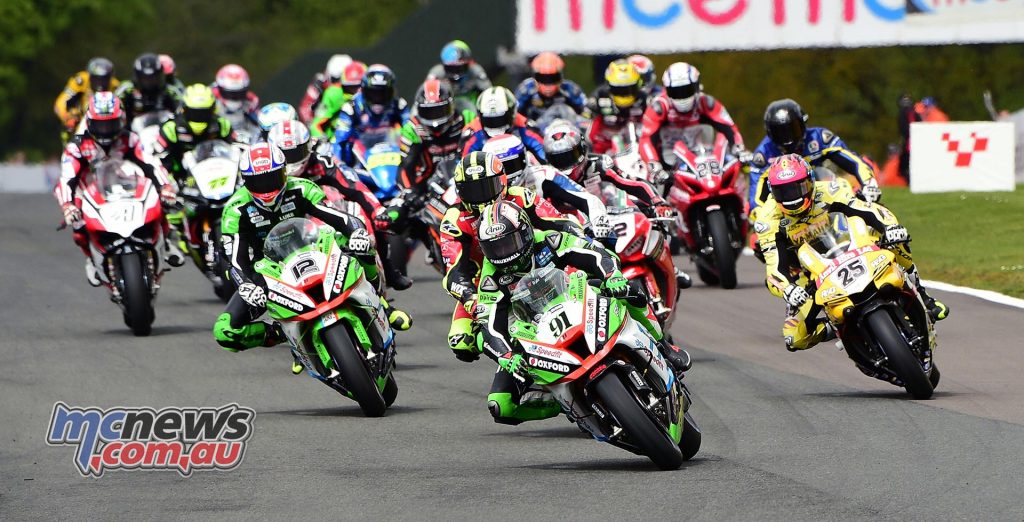 Race 2 I started from 10th but this time with a well fitted tyre I was able push forward, I set the second best lap of the race and moved a few places forward to finish 6th. 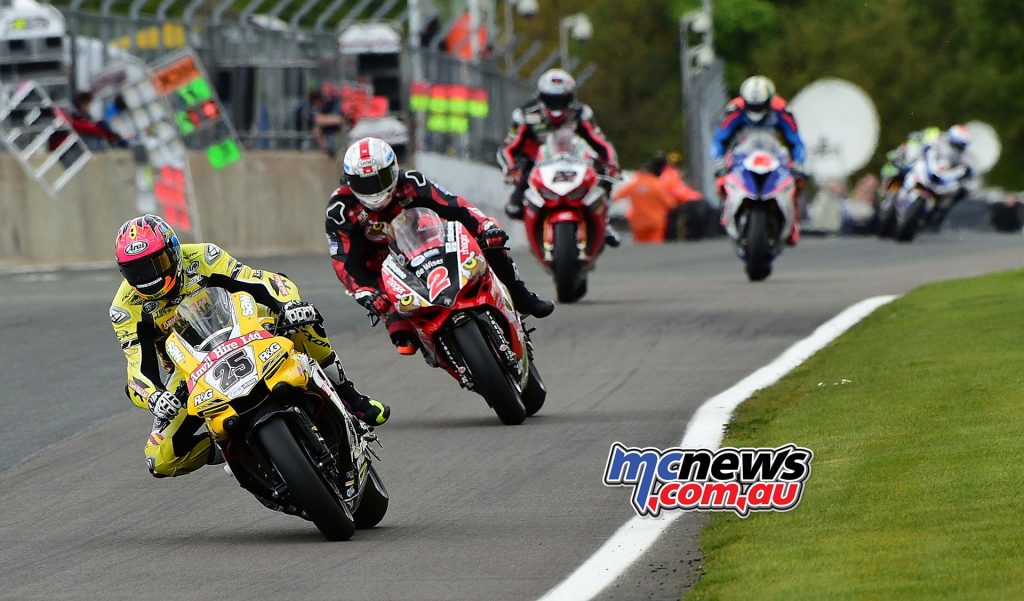 Mostly the bike is working well but I still have some rear grip issues that hinder my race performances. Once we find a better rear shock setting to improve the grip that I know is possible coupled with a smoother power delivery I believe I can return to winning ways.

Mike Jones to shrug off neck pain for Imola