A mere collection of days away from Rounds 3 & 4 of the 2020 Yamaha Australian Off-Road Championship presented by MXstore (AORC) Josh Green (Yamaha Active8 Yamalube) shares his thoughts heading into Dungog.

Green is inarguably well-versed in all things AORC and as a regular, consistent and competitive feature in the E2 class, and reflects on what’s best about this sport – grit, ease and the desire to keep pushing.

Alongside his results year in, year out, Green also helps encourage the growth of the sport from the ground up, thanks to his very own Offroad Advantage coaching sessions. Coming up through the AORC ranks as a young boy to man, the Yamaha Active8 Yamalube racer has seen it all and welcomes the arrival of fresh meat.

Josh Green: “I think it’s really cool having Todd Waters racing because it adds a different insight to the race world. I’ve been to some MX events over the past few weeks and people have been talking about it. I think it’s cool that everyone knows he’s the best in MX at the moment and to come into AORC and be a top guy just shows how fast us Off-Road racers really are. It definitely makes my job harder because it’s another guy to go toe to toe with, but we can never forget that we have two of the worlds best with Chucky and Milner, so I’ve been on the back foot over the past two years because they both continue to deliver racing on a world class level.”

With a fresh injury that put him in murky waters before Toowoomba, Green could have folded but true to his nature and reflecting why he continues to represent this sport, he persevered. Not only that, regardless of the new faces and new challenges, he still clocked times that placed him on the E2 podium for both Rounds 1 & 2.

Josh Green: “Toowoomba was tough. I couldn’t attack the tracks like I wanted to. Saturday started off strong and I had good speed but as the day went on and the tracks got rougher, I struggled. Sunday was equally tough because the tracks were already chopped up, but I got through and had a good weekend, so in the end I was and still am, happy with my results.”

A local to Stroud, New South Wales which is only a stone’s throw from Dungog, Green has the luxury of a familiar ground advantage, but how does an athlete prepare for a two-day Enduro while also ensuring a successful recovery?

Josh Green: “Riding the five to six hour days isn’t an issue for me. The main issue has been getting back into riding after being off the bike for three to four weeks before the first round. I’ve been spending the last week just bashing around on the bike to get myself back to normal. Where I am right now is where I would have hoped to have been for Toowoomba. I went into Round 1 not knowing if I would make it through the race weekend, but I did and now that I know I can make it through, it’s only going to get better for me before the weekend hits. This week leading up will only do me a world of good.”

And what does Green expect from this weekend ahead? In a typical card’s held close to his chest fashion he explains…

Josh Green: “I expect to have a good weekend racing. I feel like I’m very close to ‘normal’. As far as we go for racing, I’m as good as I’m going to get. We’ve been getting rain over here so I think the conditions should be good. I really like Dungog and the two-day Enduro set up, it’s a really cool event every year. I’m just excited to go racing, really.”

With a stacked E2 class that includes some of the world’s best, the stakes are high for everyone involved. One wrong turn or one minor slip up could cost Green, Driscoll, Waters or Daniel Milner (KTM Enduro Racing Team) dearly as they and the likes of Jeremy Carpentier (Yamaha Ballards MXstore Off-Road Team), Beau Ralston (Hunter Valley Motorsports, Kawasaki) and Stefan Granquist (Yamaha) nip at each other’s heels.

Everything kicks off in Dungog on Saturday, March 14th… 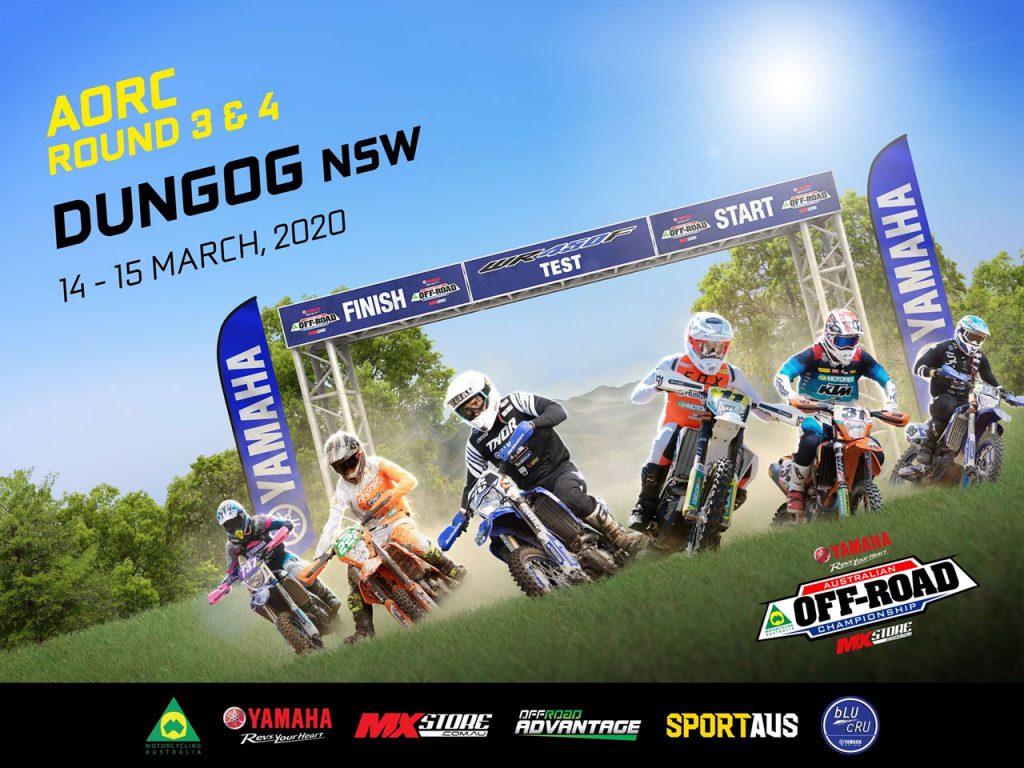