Jonathan Rea and Leon Haslam, plus key members of their regular WorldSBK squad, joined forces with KHI to take part in an important two-day test session earlier this week in readiness for the prestigious Suzuka 8 Hours race in late July.

It is still a direct and official KHI set-up overall, and therefore takes the name Kawasaki Racing Team – abbreviated to KRT – for the 2019 Suzuka 8 Hours.

“I feel happy where we are for a first test. We are in some ways jumping into this project at zero because we have a new ZX-10RR, which is a little bit different from last year. We have used these two days to understand the window the bike is working in. We have been focusing on our 8 Hours specification bike, understanding fuel consumption, riding position and set-up. The most positive thing is that Leon and I are both working in the same way, the lap time is respectable – faster than last year – and more consistent. There are also clear areas to improve so it has been a positive test.”

The two-day Suzuka test, held between 3 and 4 June, was used to find the best development and machine set-up direction to take in the build up to race weekend, which will be held in the last weekend of July. With a new model Ninja ZX-10RR this year these sessions were vital, especially as KRT shared track time with many of their main rivals.

“It has been a good first test and we have a little bit different structure in the team this year, with more KRT WorldSBK staff in there. For a first go, I am pretty happy. These two days were about evaluating big areas, so we had a clear direction, which we managed to find. It was also to get up to speed to know how to ride this bike on these tyres when we come to race weekend. The lap times were the quickest we have been and I feel like we have only just started with getting feeling from the bike, the new set-up, plus a new engine character that is quite different to last year. We have tried lots of things over the last couple of days. We got through most of our test items and I am back here again in a couple of weeks. So far, so good.”

With a new spec’ bike running Bridgestone tyres, not the Pirellis that are used by all teams in WorldSBK, Rea and Haslam combined well with their team staff to evaluate overall bike feel and performance, gathering data and experience while also setting faster lap times than before. The number 11 Kawasaki’s best lap was a strong 2m06.523s.

This was Rea’s lone 8 Hours test before he returns to compete in the race build-up itself, but Haslam is scheduled to take part in further tests to confirm the development direction and set-up improvements. 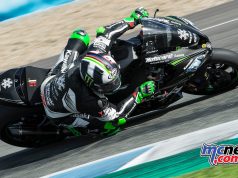 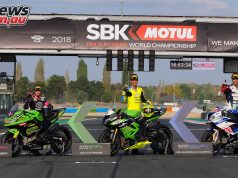 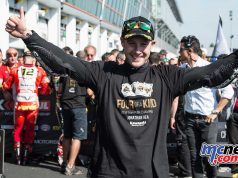