Car drivers have long enjoyed a multitude of safety systems that have become standard on most new vehicles. The motorcycle industry has been somewhat lagging in this department but KTM aim to change this as they work to introduce various new systems that improve rider safety.

KTM are claiming to be the first motorcycle manufacturer to develop Adaptive Cruise Control and Blind Spot Detection systems for its upcoming models.

The new systems are still in their development process but both use sensors to help detect and prevent a potential front or rear collision. The prototype systems were fitted to a modified KTM 1290 SUPER ADVENTURE S and demonstrated to various media before being shown in action live at the ÖAMTC driving technique center in Marchtrenk, Austria, on May 2.

Adaptive Cruise Control (ACC) is not designed as an emergency brake system but works when the machine is in cruise control above a designated speed. The system can detect a vehicle in front, ranging from the size of a motorcycle and larger, and then locks on to maintain a distance of two seconds by automatic throttle control and – if necessary a gentle application of the front brake to help maintain a safe distance.

The finalized packaging of the system is still in development along with adding the ability for the rider to customize the desired distance and speed. When fully developed, it is expected that ACC will be able to respond faster than any rider in a given situation. 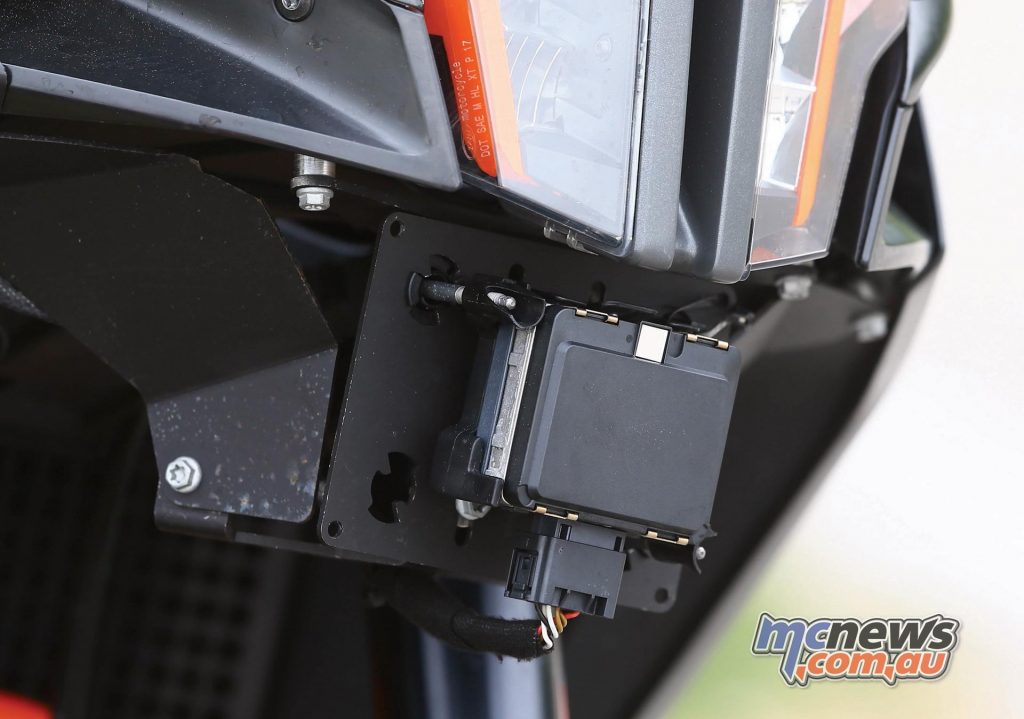 The ‘blindspot’ on a bike is usually checked by a long, rearward look known as a “life saver” which  in certain situations can actually be dangerous. In particular if used in heavy traffic. Blind Spot Detection (BSD) is an effective aid and works by using a short distance radar to ACC to alert the rider of a vehicle occupying the blindspot – such as when changing lanes – by way of a visual warning on the TFT display as well as with illuminating superbright LEDs integrated within the wing mirror glass, also boosted by audible signal. 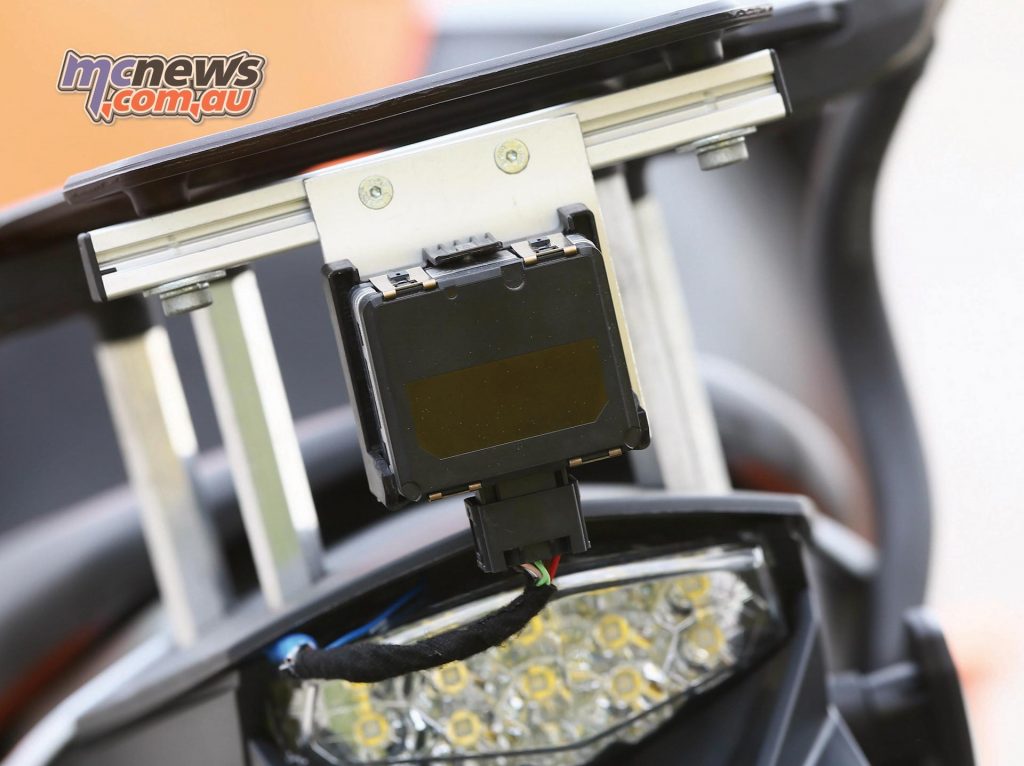 These features will be part of new electronics packages offered on certain KTM models from 2021. This technology will lead to other sensor-based systems, of which are already in development.

“As a company, KTM is committed to improving rider safety and also to reduce accidents. We have a lot more development and many thousands of kilometers to test these systems in the real world before we can implement them on series production bikes, but they are coming in the near future and we are sure they will make a difference.”

The systems were demonstrated to journalists by a KTM test rider’ riding the KTM 1290 SUPER ADVENTURE S who didn’t use his right arm and leg to control the bike.

“When it comes to KTM applying electronic rider aids to its sportmotorcycles, it has always been the same approach to offer features that help riders control their bikes without losing the joy of riding. Improving safety for motorcyclists is part of our responsibility as a manufacturer and KTM has demonstrated this in the past as the first company to offer two-channel ABS as standard on a 125cc machine with the KTM 125 DUKE in 2014 in the same year as introducing the pioneering cornering-ABS function. With ACC and BSD we hope to make motorcycling safer still.”

KTM currently offer a wide range of electronic rider aids across most of its 2018 Street range. The goal of such systems is to either help improve rider safety or add to the enjoyment of riding.

Lean angle-sensitive systems can be found on the new KTM 790 DUKE and all of the 1290-powered machines, which includes Motorcycle Stability Control (MSC) with the cornering ABS function, along with Motor Slip Regulation (MSR) and multi-stage traction control. On some models, semi-active suspension is offered along with Hill Hold Control (HHC), Automatic Turn Indicator Reset (ATIR), Quickshifter+ and cornering LED headlights.

Full details of the entire range of technical features on the current KTM Street models can be found in the digital KTM Tech Guide below.

KTM, Husqvarna, GASGAS double sales in first half of 2021

Images from Thruxton BSB with a focus on the Aussies