Mal Campbell to reunite with RC30 at Island Classic

Mal Campbell to reunite with RC30 at Island Classic

A new class of historic road racing – Period 6 – will make its debut on the big stage at this weekend’s massively popular Island Classic meeting (January 27-29), to be held at the Phillip Island Grand Prix Circuit.

The fledgling formula, to be known under the ‘New Era’ moniker, is for hardware produced between 1983 and 1990, with the eight-year window including bikes such as the Honda RC30, Kawasaki ZX-7R, Suzuki GSX-R750 and the Castrol 6-hour winning Yamaha RZ500 two-stroke.

One of the toughest, bravest and most combative riders to ever pull on motorcycle leathers in this country, Launceston’s Malcolm Campbell, was intrinsically linked with the snarling RC30. Campbell even won two Australian Superbike titles on the free-wheeling Honda — created especially for homologation purposes to compete in the Superbike World Championship – and some of his fierce battles with the likes of Rob Phillis (ZX-7R) are now the stuff of legend.

Campbell, now 58, has just announced he’ll reunite with a restored ‘works’ RC30 in the Period 6 races at Phillip Island. But no Phillis this time – although he does have a ZX-7R that’s all ready to be dusted off. Watch out 2013…

“I competed on some great machines over the years, and the RC30 is right up there as one of my favourites,” said Campbell. “It’s just such a sweet bike to ride, and really set a foundation for the modern Superbikes we see today.

“And it was jus so successful on the race track, from winning local championships to the world Superbike title. I am really looking forward to riding it again at Phillip Island.”
As well as the Period 6 races, Campbell will also compete in the headline Tahbilk International Challenge format for Forgotten Era machines (1973-1982, Period 5) on a Honda CB1100R.

Campbell will combine with the likes of Suzuki Katana-riding trio Phillis, Steve Martin and Shawn Giles in the Australian team, competing against the Jeremy McWilliams-led UK equip and the World 13, a fusion of riders from New Zealand, France, Australia and America. Four races will decide the International Challenge.

A total of 44 races will be held on the Saturday and Sunday.

For more information and bookings, visit www.islandclassic.com.au or contact the circuit on (03) 5952 2710.

Children 15 and under are FREE for gate admittance and on track camping.

Tickets are available in advance or at the gate from 8.00am, with on-track action kicking off at 9.00am each day – but on circuit camping must be booked in advance. 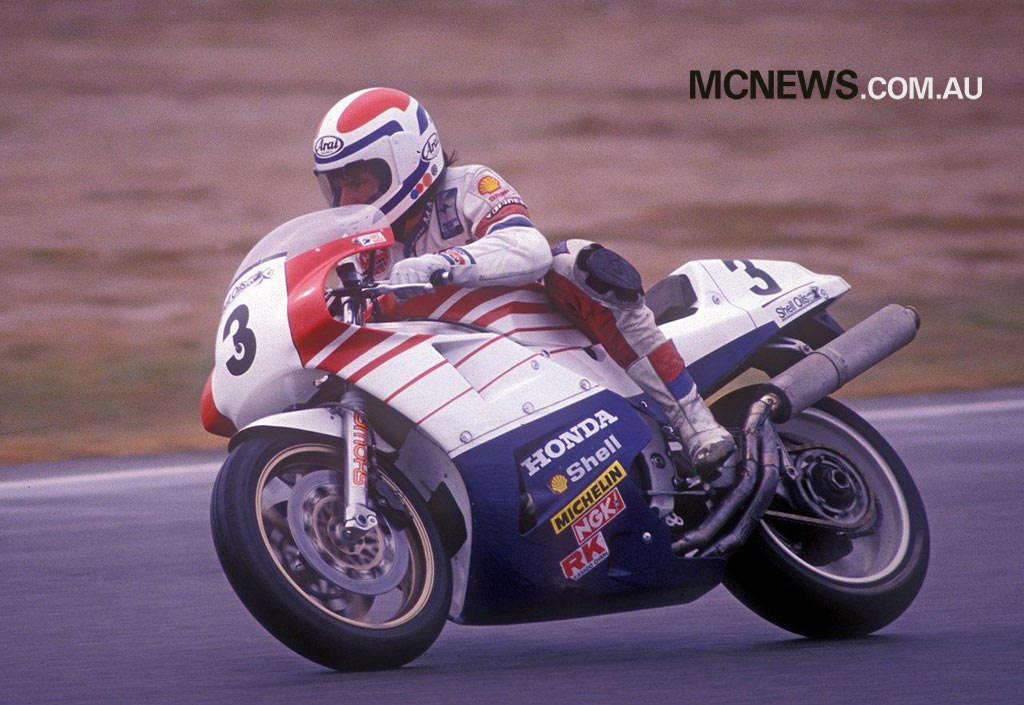