Coming from a very successful season, which led him to be the inaugural champion of the European Junior Cup, Matthew Davies is now ready for a new adventure. After obtaining last year four victories (Monza, Aragon, Silverstone e Nurburgring) – racing on a Kawasaki Ninja 250R – and collect many international experiences, for the 2012 season the young, talented, Australian rider will be at the start of the Superstock 600 European Championship riding the competitive Kawasaki Ninja ZX-6R of Go Eleven Racing team.

With the clear intention to exhibit its potential, the 15 year old native of Wyalong will be deployed alongside Christian Gamarino and Tony Covena, relying on the support and organization of a team as Go Eleven, which once again confirms that it has confidence in young people as well as high expectations and ambitious objectives.

Gianni Ramello (Team Owner) said he was “happy for the hiring of a young driver like Matt. With the results obtained during the last season, show that Matt has all the necessary qualities to do very well also in Superstock. Go Eleven therefore renews its commitment ready to face this new challenge, proving once again to believe in the potential of these young people, thereby focusing on their growth”.

Denis Sacchetti (Team Manager): Another young rider has become part of our family. Last year, Matt has deservedly dominated the Trophy Kawasaki 250, championship born with the aim to develop young talent in the World Superbike Championship. And this is the same intention that more fits with the philosophy of Go Eleven: with Kawasaki we want to create a real way for deserving young people so they can start racing in the 250 and then go to the Stock and the coveted Supersport. I am sure that this season Matt will learn a lot and grow up race after race”.

Matthew Davies (Rider Stock600): “I am really excited to be racing my first full season on a 600 with such an experienced team as Go Eleven and can’t wait for the season to begin. Thanks to Gianni and the rest of the team for giving me this great opportunity – can’t wait”. 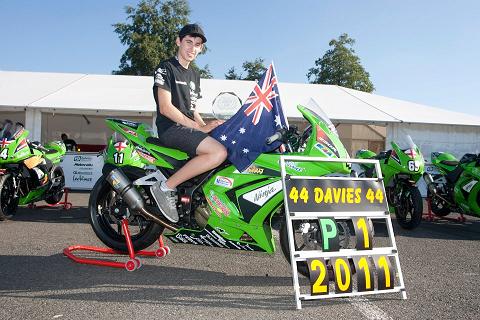 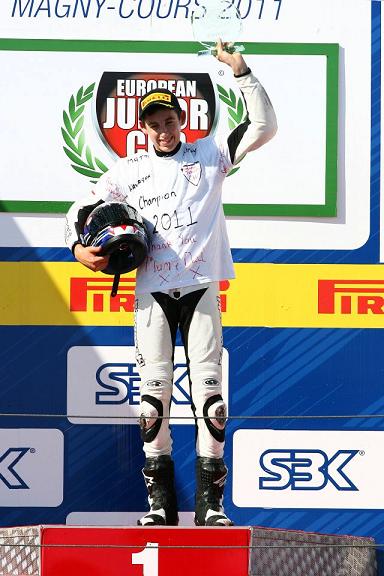