Mike Jones looking to finish ASBK 2016 on a high

Mike Jones of the Desmo Sport Ducati Team chatted with Trev at last week’s Winton ASBK test, the pair discussed the challenging 2016 season, along with its setbacks and highlights.

Mike Jones won the 2015 Australian Superbike Championship with a round to spare on the Kawasaki last season, and joined the newly formed Desmo Sport Ducati team for the 2016 season to defend his title.

The Desmo Sport Ducati team was created by Troy Bayliss and Ben Henry of Cube Racing as an official manufacturer-supported effort racing under the auspices of the Italian brand.

Despite a strong showing at some rounds, particularly Wanneroo, Jones did not score any points in rounds two or five, and these major disappointments put paid to Jones’ championship title defence.

In fact, considering those especially poor rounds at Wakefield and Morgan Park, the latter of which were all mechanical failures and not down to Jones himself, it is remarkable that the young Queenslander is equal fourth in the championship points, level pegged with Daniel Falzon.

At Winton this weekend, Jones will be trying to ensure he secures that fourth place in the final championship standings.

This season, the competition has been much hotter in ASBK with 2016 heralding the return of the Yamaha Racing Team, and the Crankt Protein Honda team, to the Motorcycling Australia backed series. But, Wanneroo, in particular, showed that if DesmoSport Ducati can iron out the gremlins, Jones and the Ducati are certainly title chances for season 2017.

So Mike, how did things unfold on getting the Ducati set up for next weekend?

“Here at Winton for the ASBK test with the Desmo Sport Ducati Team has been pretty good.  We got some wet weather practice in on the Wednesday, and have had some good dry testing time on Thursday, we have slowly made some good progress. Lap times are still not there quite yet, but we have a good direction on where to go.

What’s been the highlight of your 2016 season?

“The highlight of season 2016 was at Barbagello, where we took the Superpole, the first race win and a podium in the second race. That’s been our best weekend. I thought we would have been able to continue that form into the second part of the season, but unfortunately that hasn’t been the case.”

You’ve had a few technical issues this season, at Morgan park I really felt for you guys, yourself, Troy and Ben, gutted. You got that one lap in during qualifying, a single solitary lap, but it was a ripper, and clearly showed you were on for a certain podium. Then the bike would not play the game again come race day, it must be really hard to bounce back from such a massive disappointment.

“Yeah it’s pretty tough going to your home track where you have done a fair bit of testing, where you know the track really well and you’re there  with the mindset of winning and then not being able to ride or do many laps. But you have to put that behind you and focus on what’s happening now, which is working on the bike and putting it right here at Winton Raceway.” 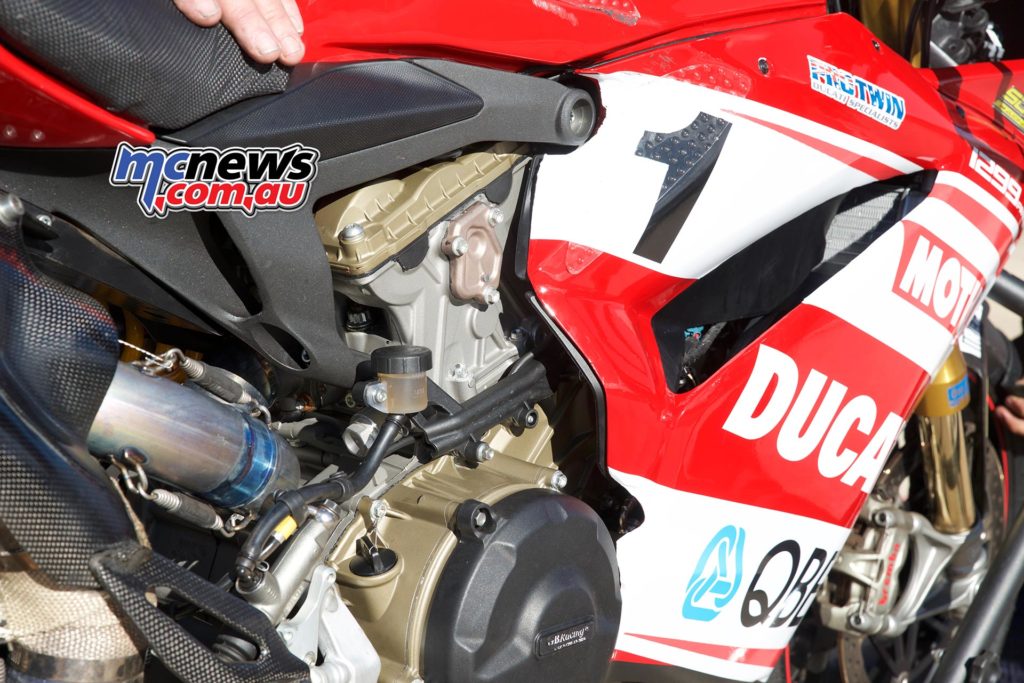 What about your expectations for this weekend?

“It’s always the same, I want to try and win but if not, then make the podium. But once we get the bike working how I like it, we will be as competitive as everyone else. The Desmo Sport Ducati is certainly capable of winning races, it’s just a matter of gelling with the bike and I think we have a good chance.

For season 2017, what plans are a foot? Do you know what you’re doing at this stage?

Mike Jones is currently tied with Daniel Falzon on 137 points heading into the penultimate round at Winton, with an insurmountable gap to the leading three riders.

This weekend will see bikes, competitors, teams and a expansive amount of fans enter through the gates of Winton Motor Raceway, to compete and witness what will be one of the most gripping grand finale rounds of the Yamaha Motor Finance Australian Superbike Championship presented by Motul Pirelli, with all categories racing for the championship.

Last year was hosted over five rounds in four states, with the championship visiting Phillip Island Grand Prix circuit for both the opening and closing rounds. In comparison to this year where the six-round series visited Victoria, New South Wales, Western Australia, Queensland, and this weekend the last round will be hosted at Winton Motor Raceway after a long hiatus from the 3km central Victorian circuit.