One of the most iconic of all 500cc Grand Prix bikes was Carlo Guzzi’s 120º V-twin. The failure of the 1931 supercharged straight four (featured in column 115 – link) and the age of the 4VSS horizontal single meant something new was required, so Guzzi turned to his very successful 250 for inspiration.

A second cylinder was added at 120º behind the horizontal front cylinder. The balanced combination of power and agility was to prove a winner with the basic design being used up until 1951!

The Bicilindrica’s first race was the 1933 Italian GP with three entered and one finishing second. A rigid frame and Brampton forks held the 41 hp (at 7000 rpm) motor.

Weight was 160 kg and top speed 185 km/h. Using electron for the crankcases the following year saw the weight drop to 151 kg and output was raised to just over 43 hp. 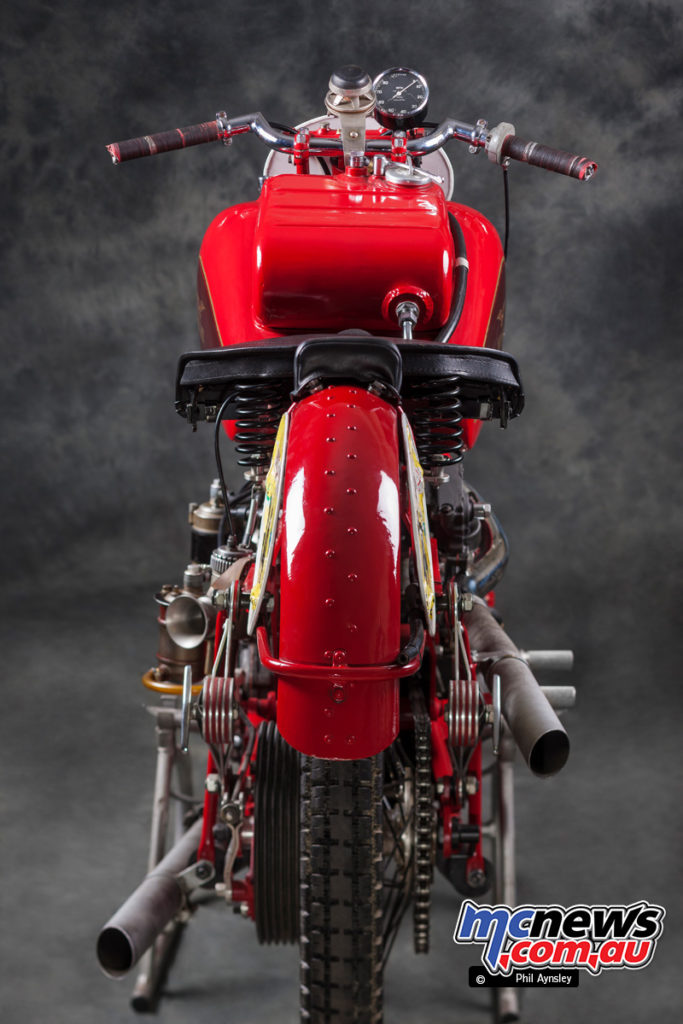 Development continued with a sprung frame appearing in 1935 which was used by Stanley Woods to record the first win by an Italian manufacturer in the Isle of Man’s Senior race.

The Bicilindrica continued to be raced until the war intervened, although the supercharged BMWs dominated this period. The banning of forced induction when racing resumed after the war saw the venerable V-twin brought out of retirement.

The bike seen here is an early 1946 model that was only slightly updated from the pre war bikes. A much larger front brake was fitted and more engine parts were fashioned from alloy.

FIM President on the coronavirus conundrum

FIM President on the coronavirus conundrum