Assen is the only venue that has hosted a Grand Prix event every year since the motorcycle World Championship Grand Prix series started back in 1949 and below are some facts and  gures from the previous events at this famous circuit.

Andrea Dovizioso’s back-to-back victories at Mugello and Catalunya onboard the factory Ducati resulted in a number of new records and milestones:

The wins by Dovizioso at Mugello and Catalunya are the first back-to-back wins for Ducati since those Stoner wins in 2010.

This is the first time that Ducati have scored two or more dry weather MotoGP victories in a single season since 2010.

Ducati have won four of the last sixteen races, following a period of 100 races without a single win.

Following the Catalan Grand Prix, Ducati have scored 122 points in the Constructor’s World Championship Classification – the highest points accumulated after the opening seven rounds by Ducati since 2009 when they also had 122 points at this stage of the season.

For the first time since the Austrian Grand Prix last year both of the factory Ducati riders finished in the top four at the Catalan Grand Prix. 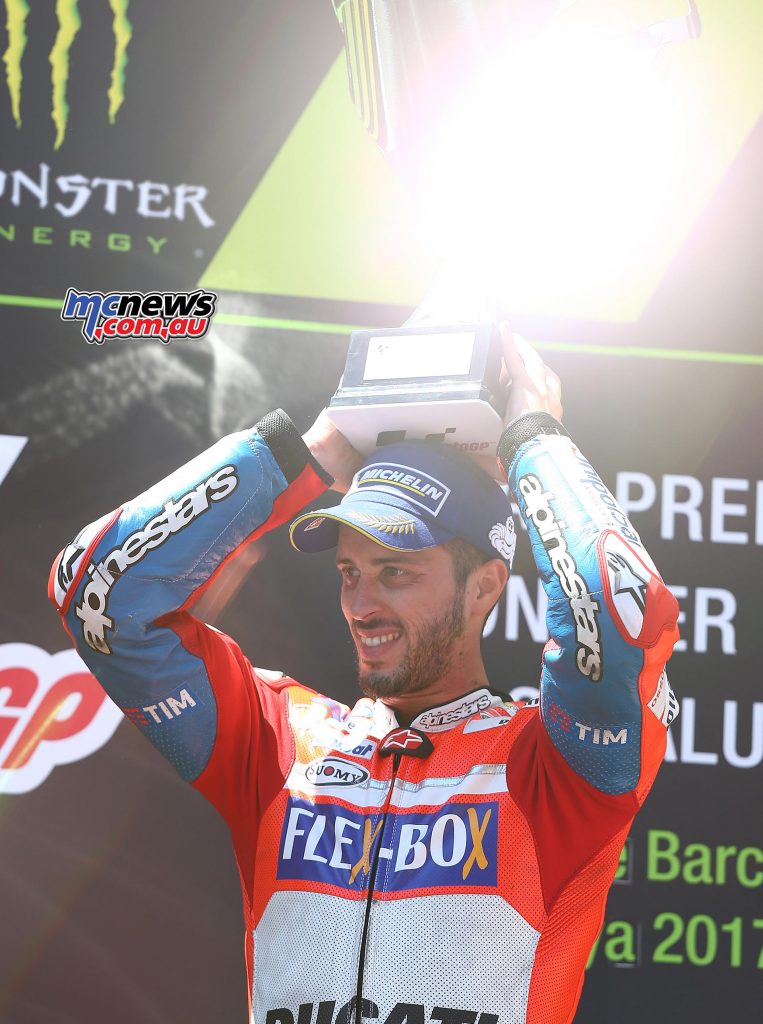 With his win in Catalunya Andrea Dovizioso extends the length of his winning career in grand prix racing to 13 years 54 days. As shown in the following table this is exactly the same length of winning career current factory Ducati teammate Jorge Lorenzo.