MotoGP Statistics | Vinales continues to makes waves ahead of COTA

Maverick Viñales victories at the opening two races of 2017 place him sixth in the following list of youngest riders to have scored back-to-back wins in the premier-class of grand prix racing. He is just 22 days older than Valentino Rossi was when he first achieved back-to-back 500cc GP wins and enters the following list above such grand prix legends as Mike Hailwood and John Surtees.

The only rider to have won back-to-back premier-class grand prix races riding Yamaha machinery at a younger age than Viñales is Johnny Cecotto in the 500cc class in 1977. If Viñales wins in Austin he will become the fifth youngest rider to win three successive premier-class grand prix races, after Marc Marquez, Freddie Spencer, Casey Stoner and Valentino Rossi. He would also be the youngest ever rider to win three successive races on a Yamaha.

This is the fifth successive year that a MotoGP event has been held at the Austin circuit and below are a selection of facts and stats related to this event.

In addition to making him the sixth youngest back-to-back premier-class winner, the wins by Maverick Viñales in the opening two races of 2017 are notable for the following:

For the first time since 2010 Honda have failed to win either of the opening two MotoGP races of the year. However, Honda riders have dominated the MotoGP events hosted in the USA as shown by the following:

Marc Marquez closes in on Lorenzo and Stoner for pole

Marc Marquez qualified on pole in Argentina for the four successive year, the 38th pole in the MotoGP class. Since MotoGP became the premier-class of grand prix racing in 2002 only three riders have started from pole on more occasions than Marquez, as shown in the following table.

MotoGP Stats and Facts ahead of the Circuit of the Americas

The ASBK Grand Finale in retrospect

Joan Mir’s (Leopard Racing) victories at the opening two races of 2017 place him sixth in the following list of youngest riders to have scored back-to-back wins in the Moto3 class since its introduction in 2012.

In addition to making him the sixth youngest back-to-back Moto3 class winner, the wins by Joan Mir in the opening two races of 2017 are notable for the following:

General Moto3 stats ahead of COTA 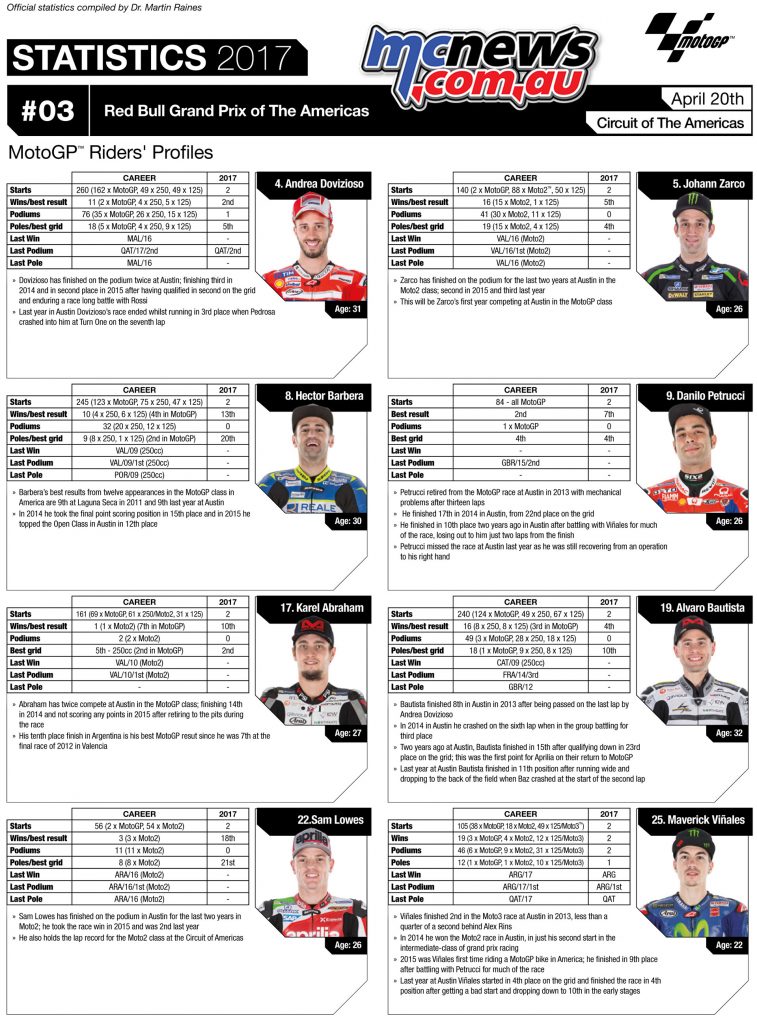 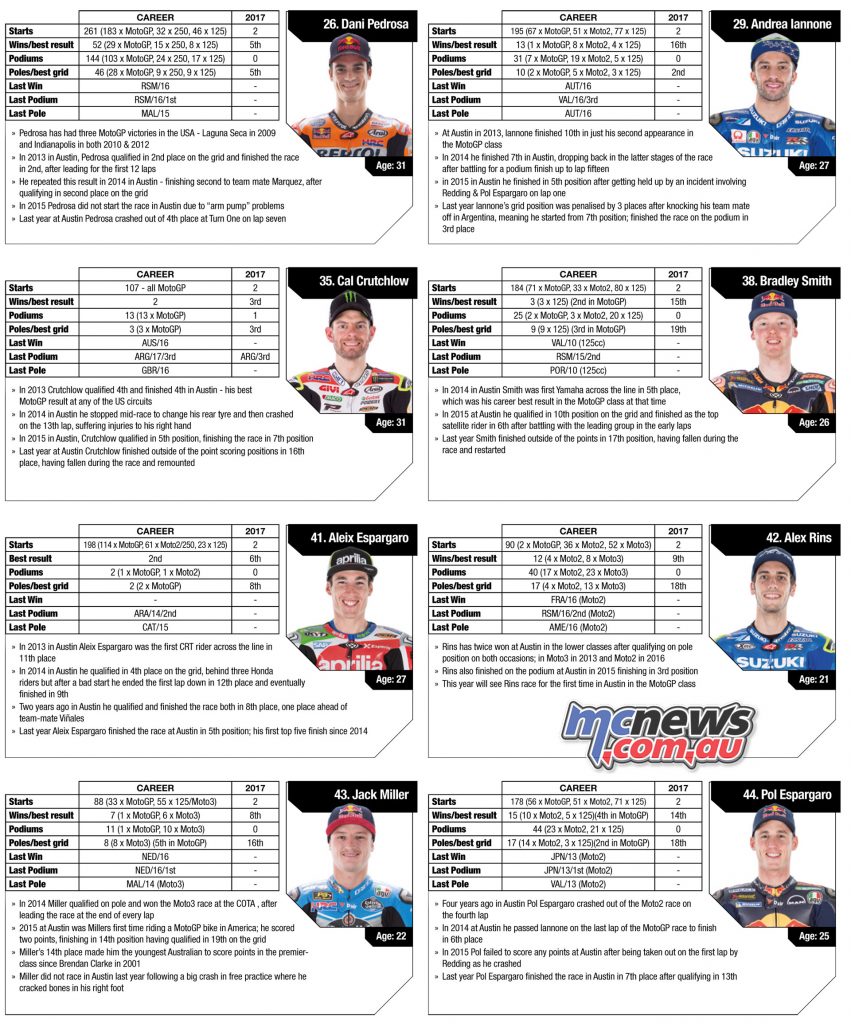