A few columns ago I featured the Motom 48 (link), here I’ll look at the company’s later two more advanced machines – the Delfino and 98TS.

The Delfino (Dolphin) was first shown at the 1950 Milan Show and was designed by ex-Lancia engineer Giuseppe Falchetto. Along with several other manufacturers’ bikes at the time (MV Agusta Pullman, Rumi Formicino), it comprised both motorcycle and scooter elements. The beam frame housed a 147 cc single cylinder four-stroke motor that had its barrel inclined at a 70° angle. 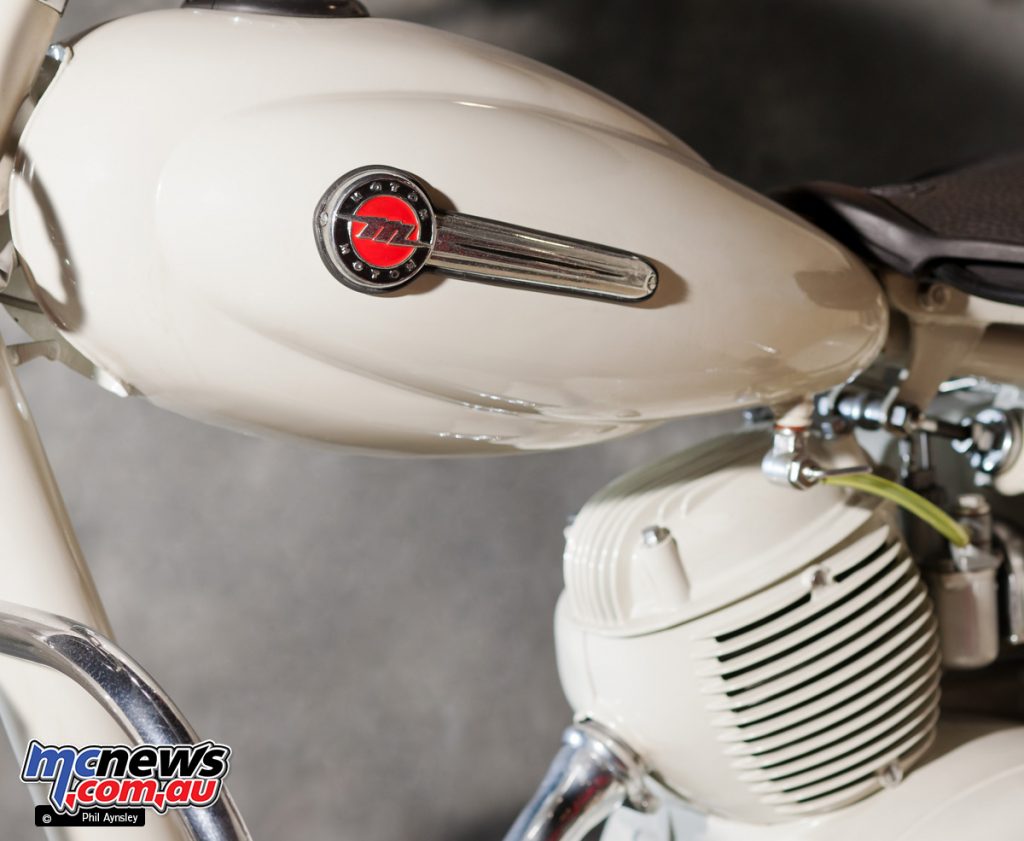 Due to the popularity of the 48 it took a while for production facilities to become available, which meant Delfino production didn’t begin until 1952. It now had a capacity of 163 cc and an output of 7.5 hp. The following year a slightly revised second version was released. Power was up to 8 hp and oil leaks from the valve cover were cured by increasing the number of retaining bolts to four. 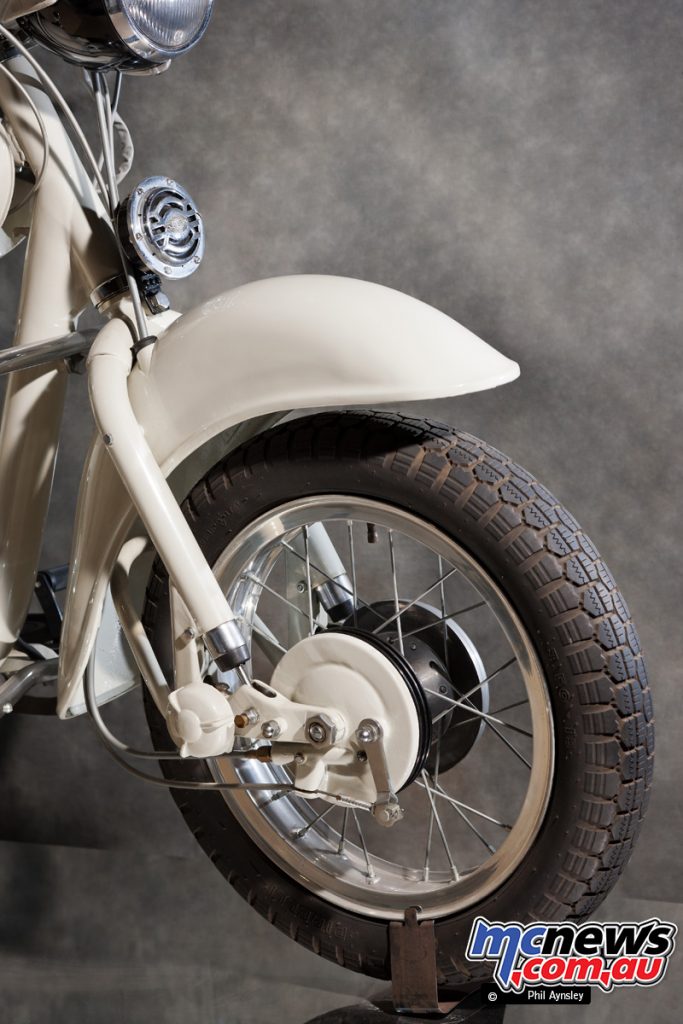 In 1955 a third series was introduced which had flywheel magnet ignition with a seperate coil, boasting a dry weight of 98 kg and 86 km/h top speed.

The company’s follow up to the Delfino was the futuristic 98, introduced at the 1955 Milan Show. The 98 proudly showed off its pressed-steel frame (Falchetto’s Lancia relationship with pressed-steel experts Farina coming in handy), which allowed for very clean lines.

The bulbous side panels provided knee grip as well as covering the actual tank, battery and tool roll. A push-button inside the right hand cover locked the steering so when the cover was locked, that single key provided security for the bike, fuel and tools.


The engine covers were high quality alloy castings and aided air flow past the horizontal cylinder. The unusual front suspension also added to the clean lines of the bike. Output was 6.75 hp at 8200rpm, with a weight of 65 kg. Top speed was 100 km/h, making for a sizable upgrade over the Delfino. 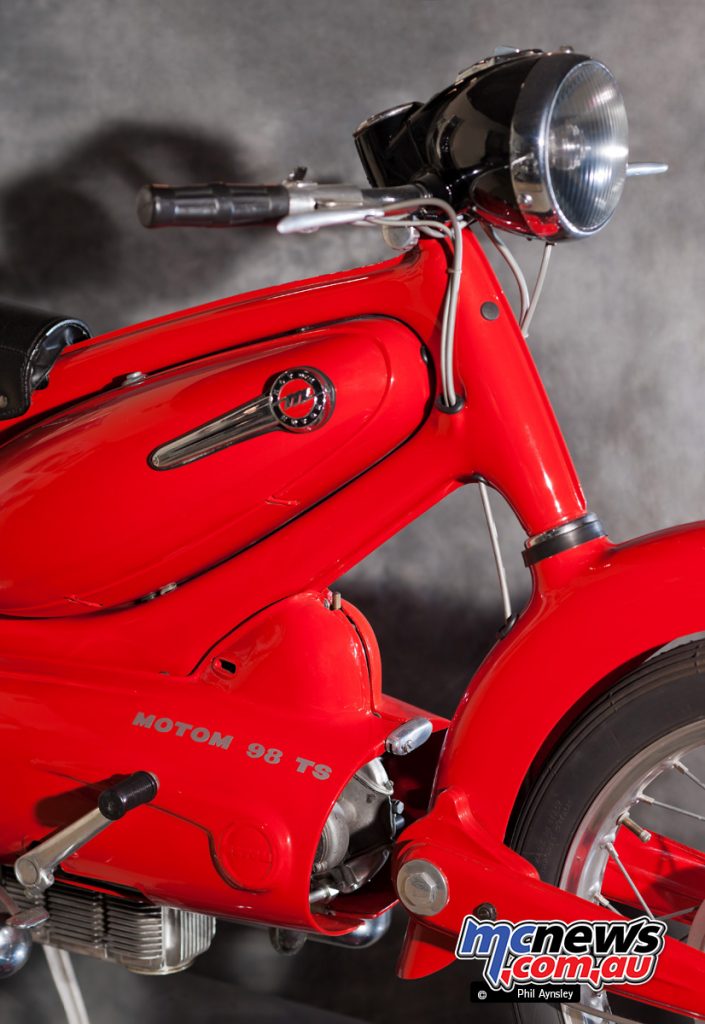 Around the world with The Bear | Part Ten | Pakistan by motorcycle