It is always a pleasure to bump into Nicky Hayden. With a traditional American handshake or salute, the ‘Kentucky Kid’ instantly makes you feel at ease, his wide smile always emanating happiness and appreciation. Hayden is as honest as they come, built with a steely determination that demands the respect of his peers and his rivals. His main passion is for his family and their main passion is for motorcycles; both his father Earl and his mother Rose competed in local championships in their youth.

Earl would often quip that he had been looking for a female racer so that the racing genes would be pure in the next generation but his jest could hardly have been closer to the truth as all three of his sons – Tommy, Nicky and Roger – would go on to become professional racers whilst his daughters all also rode (eldest sister Jenny raced too). Nicky threw his leg over a bike for the first time at the age of three, on a purpose-built circuit on the family property, and within two years he was competing in local competitions. As one member of ‘Earl’s Racing Team,’ Nicky would join his brothers as they toured the fairgrounds of Kentucky, racing his 50cc dirt-track bike from 1985 to 1988.

Following in the footsteps of eldest brother Tommy, in 1989 Nicky began to compete on the national amateur AMA dirt-track scene, turning pro when he reached his sixteenth birthday in 1997. Even though he specialised in dirt-track he was already an expert on the tarmac too, having alternated between the two ever since getting his first taste of a road racing machine when he rode a Yamaha YSR 50cc at a Texas club event in 1990. In 1994 he left the USA for the first time to contest two races in Spain as part of the Open Ducados 125cc series, overseen by American racing hero Wayne Rainey.

Nicky contested his first races as a professional road racer in the AMA Supersport series on a Suzuki, whilst continuing to race in the AMA flat track series. Between 1997 and 2002 he won almost everything before him on the tarmac and on the dirt, taking the Grand National Dirt Track Rookie of the Year title in 1999, becoming the youngest ever AMA Supersport Championship that same season. There was another historic double to celebrate in 2002, when he was joined on the podium by his two brothers after winning the Springfield TT and became the youngest ever AMA Superbike Champion.

The 2002 season also saw Nicky claim victory in the prestigious Daytona 200, capturing the attention of MotoGP team bosses and allowing him to fulfil his childhood dream. Honda drafted him straight into their factory team and, as team-mate to World Champion Valentino Rossi, the young American did not disappoint, clinching the 2003 Rookie of the Year title with podiums at Motegi and Phillip Island. After an injury-hit 2004, the 2005 season saw Hayden mature into a top class MotoGP talent with his first victory coming in his home race at Laguna Seca, a win he would repeat one year later on his way to the title. That famous second USGP victory was one of ten podiums that season, which included another win at Assen, and were enough to see Hayden crowned MotoGP World Champion after a dramatic final round at Valencia that saw title rival Rossi, now with Yamaha, crash out.

Nicky Hayden is the latest in a long line of legendary Americans to have won the MotoGP World Championship but after two difficult years that followed his title success, which coincided with the arrival of 800cc machines, he made the switch to Ducati. Nicky’s professionalism and determination has continued to shine through and he remains one of the most recognisable and popular faces on the grid. His years of dedication at the top level have not dimmed his enthusiasm for racing but he can barely contain his excitement at a return to Honda, the factory that his idol Bubba Shobert rode for, as he joins up with the Aspar Team for 2014.

Even though he now has a house in California and spends much of his time during the summer on the roads of Europe, home is where the heart is for Nicky Hayden and he still lives in Kentucky, where he returns whenever he has the opportunity to train and spend time with his two brothers. Despite being a World Champion and one of the most famous names in international road racing, Nicky has never lost the humility and humour of that Owensboro boy who first came to Europe to race motorcycles all those years ago. His passion is for hard work, his family and his fans, and of course for his beloved Kentucky Wildcats and the Lakers. 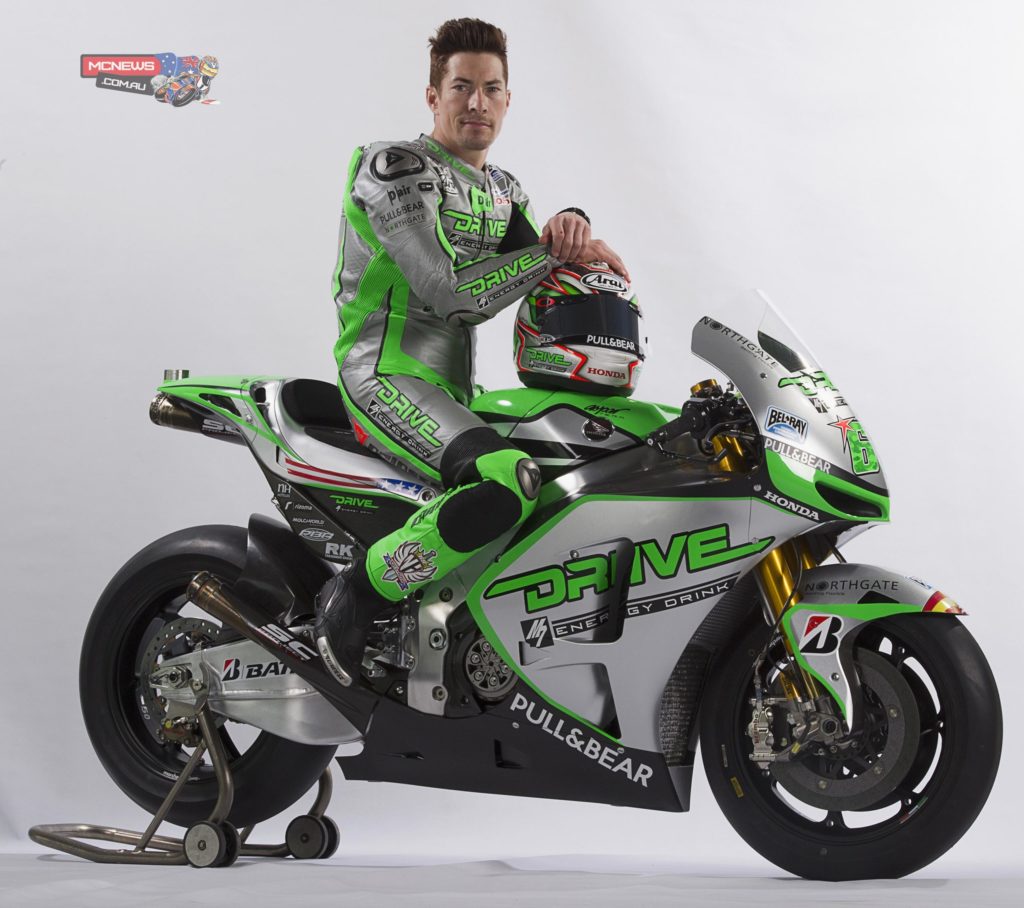