Motorcycling Australia have released a statement announcing that CEO David Cottee has left the organisation.

Cottee took up the role in December, thus had barely completed four months in the role.

Kann was put in the role after Dale Gilson separated from Motorcycling Australia after 15 months in the role.

Gilson had replaced long time incumbent David White in the middle of 2014.

Peter Doyle has now been appointed to the position of interim CEO.

Motorcycling Australia (MA) would like to advise of the appointment of Peter Doyle as acting CEO, effective immediately.

Peter is currently Sporting Director of MA – the governing body of motorcycle sport in Australia. He has been accountable for MA’s day-to-day operations, sport development, event management, technical support, for more than 2 years.

Peter has an enviable international reputation as a highly regarded manager of race teams forged in Europe, the USA and Australia earlier in his career.

Peter is equally well regarded within the Australian motorcycle sport community and industry, across many disciplines.

Peter will assume the role as MA’s acting CEO from today.

The announcement comes after David Cottee and Motorcycling Australia parted ways for personal reasons. MA thanks David for his contribution to the sport whilst at the helm.

Motorcycling Australia looks forward to continuing to grow and develop the sport of motorcycling within Australia for the benefit of our members, and is proud to be hosting a number of National and International events throughout 2016. 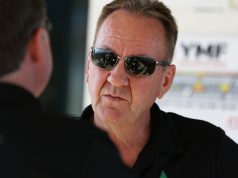 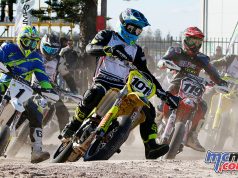