A large and fully featured touring motorcycle but one that, for its size and 279 kilogram heft, is incredibly agile with a genuine sporting bent that really surprises.

For the 2019 model year the R 1250 RT got a new more powerful 136 horsepower and 143 Nm ShiftCam engine but the rider interfaces and other technology on the bike remained as per the previous model.

Another headline feature is the new adaptive cruise control system with radar sensors that will be a standard feature for the Australian market. 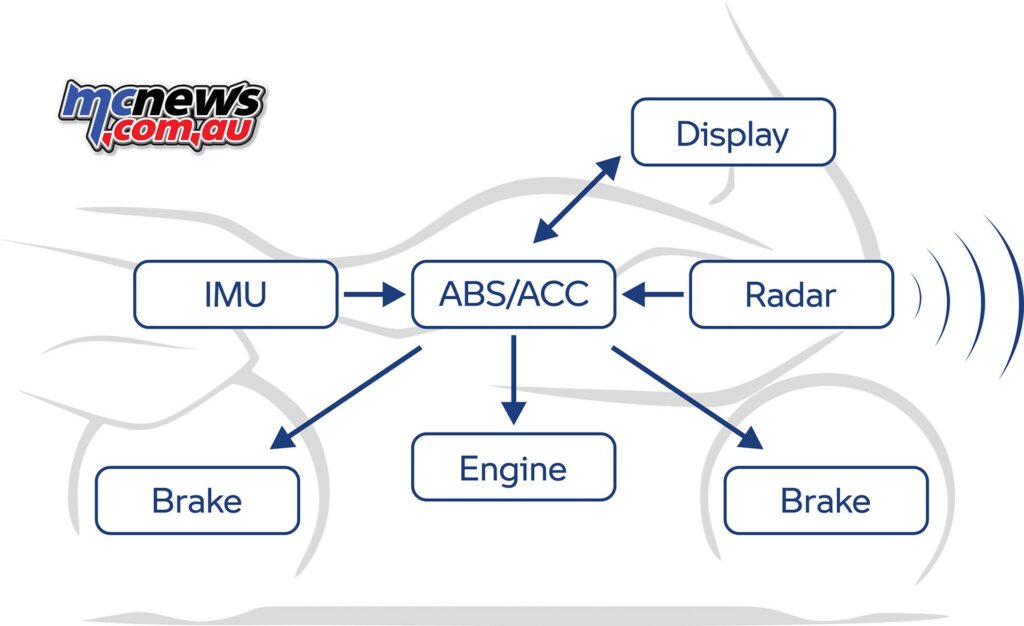 Bright new LED lights are standard while an ‘Adaptive Turning Light’ is added to the options list where the dipped beam of the headlight turns into the bend by up to 35-degrees.

Hill Start Control is also available with an optional Pro specification that adds extra control via sensors that measure gradient to vary the amount of brake pressure required to hold the bike.

The new R 1250 RT will be available in four variant levels – RT, Elegance, Sport and Option 719 – with pricing and specification detail for the Australian market to be announced in early 2021 before the local launch of the model in the second quarter of 2021.