Campus Repsol, Madrid, yesterday hosted the 20th anniversary celebration of the collaboration between Repsol and Honda in the Motorcycle World Championship’s premier class. Over the past 20 years, this Alliance has celebrated 10 World titles, 124 race wins and 338 podiums in 500cc and MotoGP.

The longest running partnership between sponsor and manufacturer in the history of the Motorcycle World Championship has enjoyed many sporting successes and also much technological development. Repsol and Honda began their relationship in February of 1995, starting a perfect mix of bike, fuel and lubricant.

For Repsol, the long collaboration with Honda is a stimulus for the development of products for the demanding level of competition found in the Motorcycle World Championship. These developments are passed on to more than 4000 service stations in the company. The relationship is also a close link between the Honda laboratory in Saitama, Japan, and the Repsol Technology Centre in Mostoles, Spain.

These two decades of teamwork are an example of long lasting collaboration and an aspiration of excellence. Repsol and Honda operate in separate sectors and have different corporate cultures, but have been capable of using their strengths to achieve a successful partnership since the 1990’s. The collaboration began to develop two-stroke engines and fuels, later moving on to the development of 4-stroke technologies.

At the Repsol Technology Centre investigations are made with a single cylinder engine identical to that used in Marc Marquez and Dani Pedrosa’s bikes. Only the Honda engineers in Saitama have one like this. This year, MotoGP fuel quantities are limited to 20 litres – one fewer than in 2013.

Marc Marquez – “It’s hard to explain what it feels like to see my bike here with other title-winning machines. It is an honour to be part of the Repsol Honda Team and to be part of the team’s history with my World Championship. Seeing my bike alongside those of Rossi, Criville, Doohan, Stoner and Hayden fills me with pride and gives me extra motivation for this season. Joining this team last year was a dream come true. All my idols have come through the Repsol Honda Team. It was an opportunity that I had to make the most of, and that is what I am doing. I enjoy every day to the fullest”

Dani Pedrosa – “The alliance of Repsol and Honda is very significant – it’s something of which many people are aware. If you talk about this team, you know that it is one of the most successful outfits of recent years. The nicest thing is that this union of entities has lasted 20 years. This continuity is something that you don’t see too often and I, personally, really like this aspect”

Livio Suppo – Team Principal / Communications and Marketing Director – “We are very fortunate to be in the position to celebrate 20 years of partnership with Repsol. This isn’t a regular commercial partnership, but also a technological partnership with engineers from HRC and Repsol working together to produce specific fuel, engine oil and lubricants for racing. We have shared a great deal of success over the years and many Championships. I hope we will have many more in the future”

Milagros Vior – Repsol Deputy Director of Sponsorship – “In the 20 years’ alliance between Repsol and Honda, based on technological development and the support for the sport, we share values that include innovation, responsibility and commitment. Sharing these values allows us to improve and to aspire to excellence inside and outside the circuits” 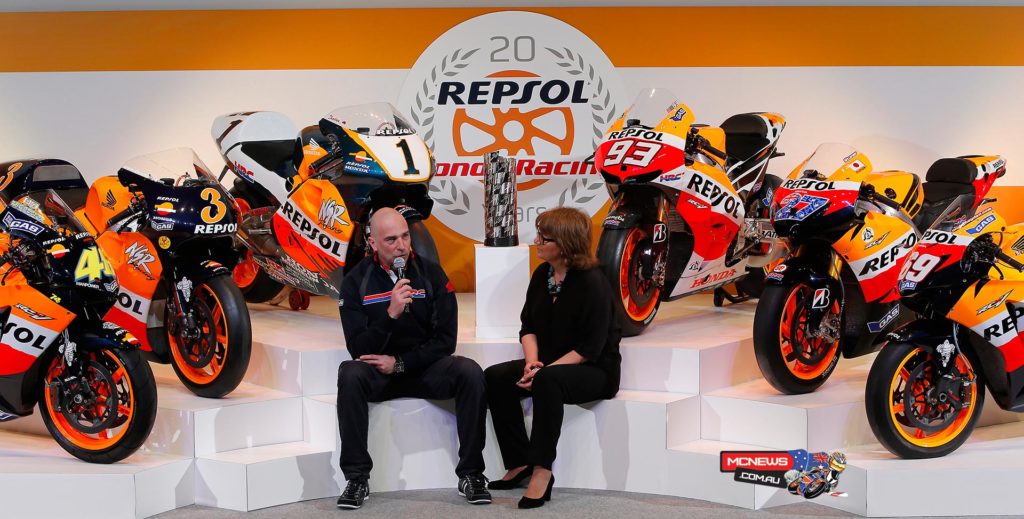 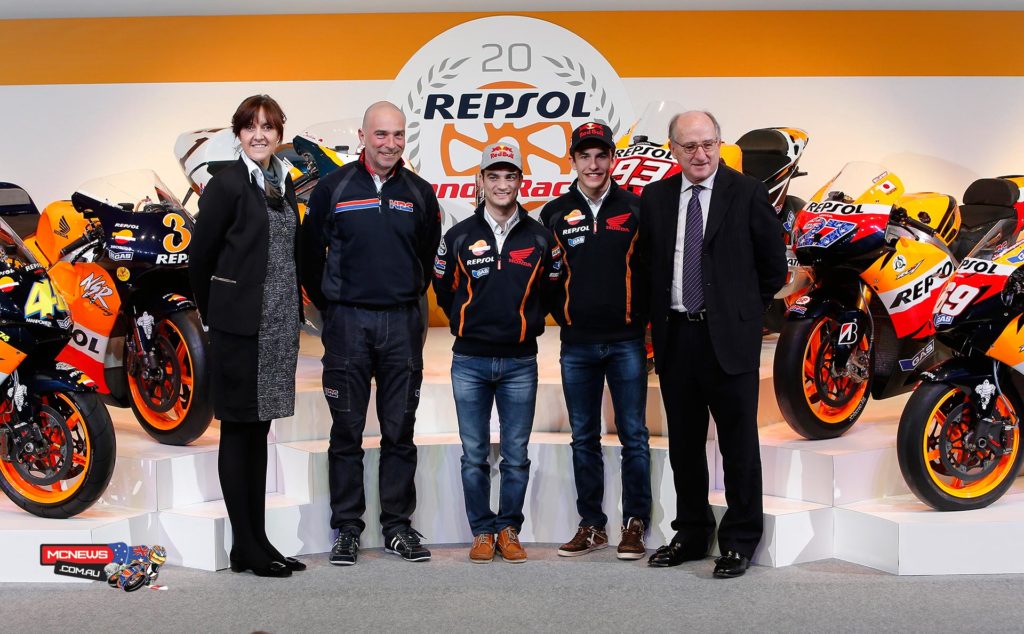 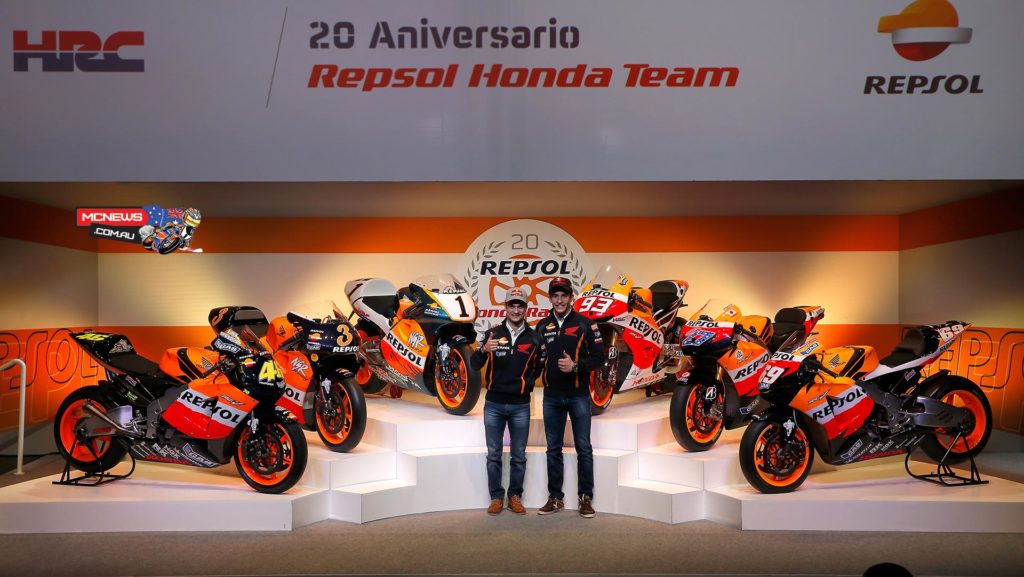