Onboard video with Billy Bolt

We put a report together along with images and results from this prologue stage here, but thought it worthy of running the onboard footage from Bolt’s two-stroke Husqvarna.

We presume that Bolt is running the same spec’ TE300 fuel-injected machine as his Rockstar Energy team-mate Graham Jarvis.

Listen to how even a master like Bolt rarely touches the higher rpm performance of his machine. It’s all done off the basement and in a fat mid-range.

While I don’t have any experience with the new fuel-injected two-strokes, I do ride a carburettor version of the 2017 Husqvarna TE250, which uses the same generation counter-balanced engine, but without the TPI fuel-injection.

Even my carburettor version is virtually impossible to stall. It keeps lugging up hills even when the revs are ridiculously low and just refuses to flame out and quit. Only a lack of traction can defeat it, not a lack of bottom end tractability.

Pretty much everything you know regarding the peaky two-strokes of old is completely turned on its head with these machines. I ride my TE250 off the bottom and in the mid-range almost all the time, predominantly because I am crap and it helps me not launch myself into trees when it comes on pipe up top. But this video clearly shows that even the best in the world ride these modern two-strokes off the bottom almost all the time.

I run the mid-range power valve-spring of the three supplied with the bike and it rocks. The 38mm Mikuni TMX carburettor that was introduced on my 2017 model has been much maligned on internerd forums and the like as being fairly fiddly to get right, but the boys at MotoGC have mine dialled in nicely. It only complains above 1100 metres in altitude, particularly when up in the snow, but everywhere else it is pretty crisp. It’s also good for more than 100km from its ten-litre tank in the terrain we ride.

The new injected bikes promise to make those altitude problems a thing of the past. With their oil-injection tank holding enough two-stroke lubricant for around six tanks of fuel, they also negate the need to carry any two-stroke oil with you on longer rides, and promise better fuel economy.

For the 2017 and 2018 model years both Husqvarna and KTM offered these machines in both injected and carburettor form, for the 2019 model year they will be injection only and the carburettor models are being dropped from the range. 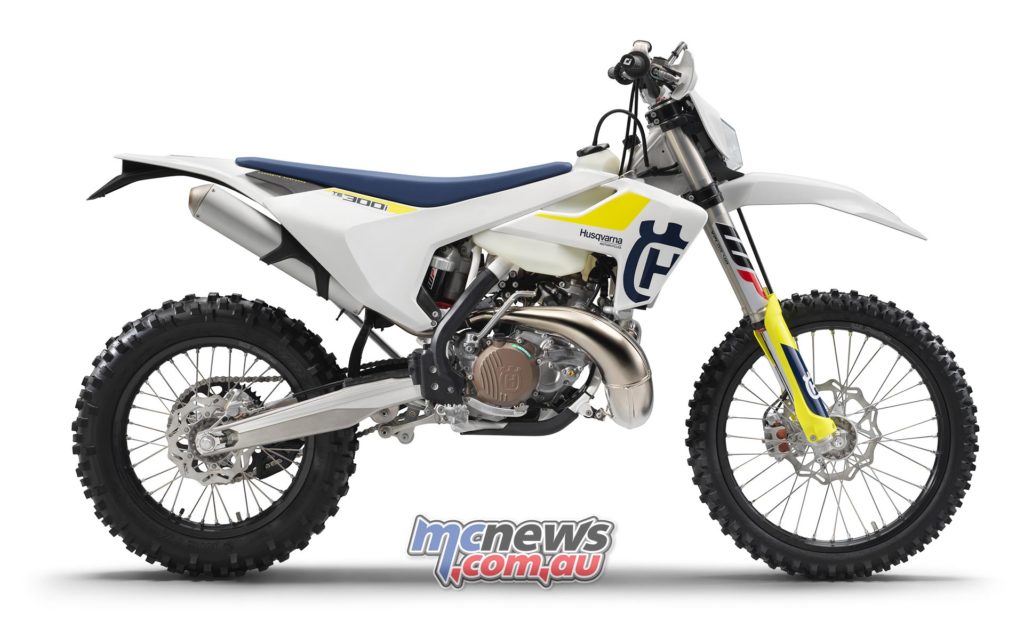 WorldSBK/SSP/SSP300 Saturday round up from Estoril

ASBK images from Round Three | Wakefield Park Gallery A