by Phil Aynsley
in Features, Motorcycle News
A A
Share on FacebookShare on TwitterShare

Sammy Miller is a genuine motorcycling legend having successfully raced for the factory F.B. Mondial team (finishing third in the ’57 250cc championship and fourth in the 125cc class) before changing sports to trials, riding the following year for Ariel. He then won 11 consecutive British titles, two European titles and nine gold medals in the ISDT.

He is estimated to have won some 1,300 trials events over the course of his career. In 1964 he moved to Bultaco and was responsible for the design of the Sherpa T. In 1977 Honda employed him to design and develop the 305 trials bike.

After outgrowing several earlier locations his ever expanding collection found its present home at Bashley Manor in New Milton, Hampshire in 1990. It houses over 400 bikes, of which all but four run. The collection is notable for the large number of prototypes and extremely rare models, including race bikes that are on display. I visited the museum in 2015.

The blue and white 1929 Ascot-Pullin featured an advanced pressed steel monocoque chassis that fully enclosed the 500cc horizontal OHV single. It was the first motorcycle to use hydraulic brakes and even had a telescoping centre stand that could be extended for easy wheel removal.

Of the 400-500 bikes built in the two years before the company folded in 1929, only some seven are believed to still exist.

First shown at the 1934 Olympia Motorcycle Show, only eight Scott Model 3S bikes were built before the outbreak of WW II. This 1935 986cc water-cooled two-stroke triple had several interesting features including a novel oil delivery/return system. Its Art Deco styling is fabulous!

1939 Vincent HRD Series A Rapide. First of the famous Vincent V-twins, introduced in 1935.

The sole example of what was going to be the next step forward in the Manx’s development. The DOHC 350cc five-speed motor was mounted horizontally (as per the Guzzi singles), suspended from a spine frame that also held the oil.

All the major engine castings were of Electron. The pannier fuel tank added to the low centre of gravity. The bike was never raced.

In an effort to improve their already successful Manx, the factory debuted this radical design at the North-West 200 in 1953 – the 1953 Norton Kneeler 350. The motor was supended between duplex top tubes with fuel and oil carried low down. Rider Ray Amm set a 350cc class record before the motor overheated causing his retirement.

The combination of a low C of G and superb aerodynamics provided excellent handling and a high top speed. Indeed Amm set 22 world records at the Montlhery track (near Paris) in November, including one lap at 234km/h.

Designed by Doug Hele to reduce frontal area the 350cc DOHC Low Boy prototype was not a success. The fuel tank was located behind the cylinder and the oil tank behind the gearbox.

The oldest known Norton from 1905, powered by a 500cc Peugeot motor. 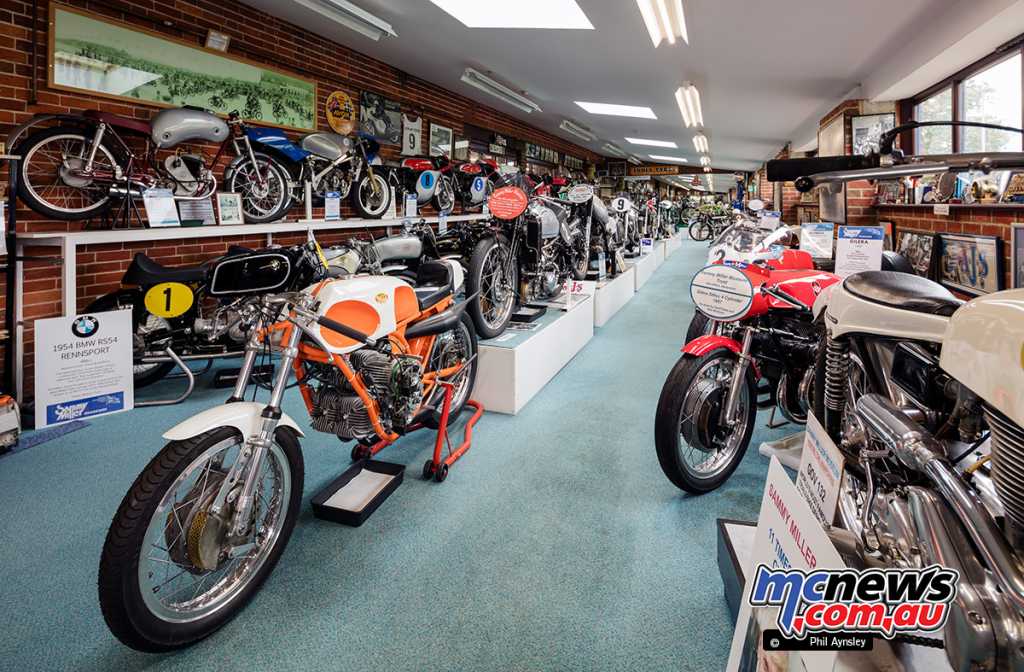 Brothers Francesco (design) and Walter (rider) Villa had very successful careers before combining in 1968 to produce their own bikes. Walter won the 1968 Italian 125cc Championship on one of their bikes.

This 250 V-4 appeared the following year and was basically two 125 twins mounted one above the other at a 30º angle. The change in rules in 1970 limiting 250cc bikes to two cylinders put an end to its development however. 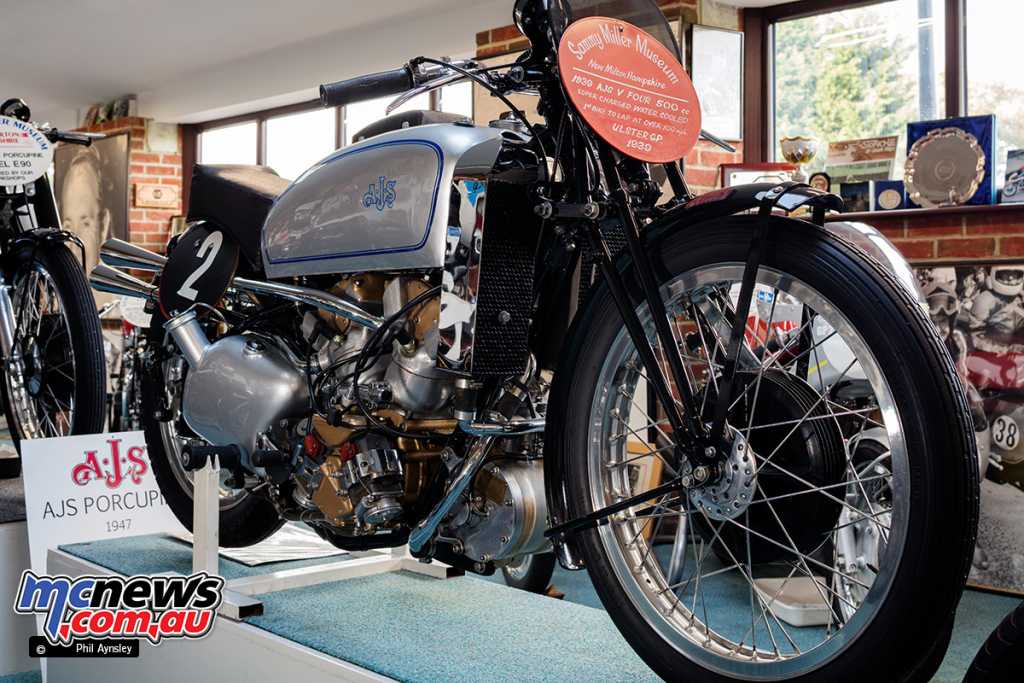 The AJS V-4 seen here had its origin in the air-cooled 495cc 50º V-4 road bike of 1935. A year later, two race versions, now fitted with a supercharger, were raced unsuccessfully at the IOM. After many modifications the V-4 returned to the IOM in 1938 but retired due to overheating. 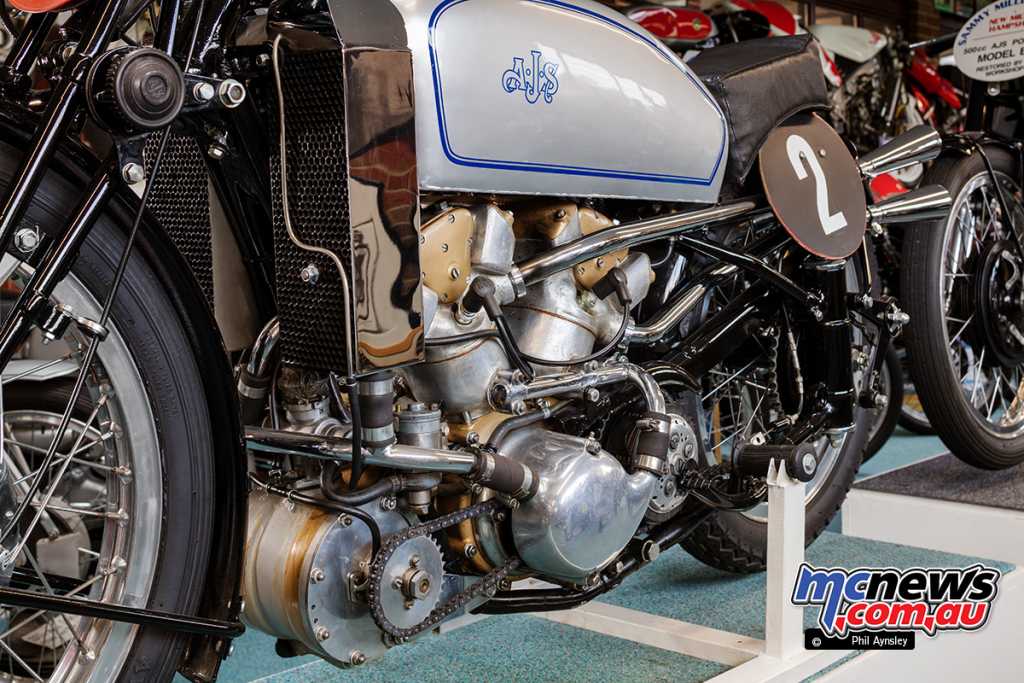 In 1939 new designer Matt Wright changed the individual cylinders to barrels and heads cast in pairs. Most importantly water-cooling was now employed.

A new frame, suspension and brakes completed the redesign. This year the bikes did finish the IoM (in 11th & 13th) but in the Ulster GP one of the new V-4s set the first lap of over 100mph in a road circuit GP before breaking a suspension link. 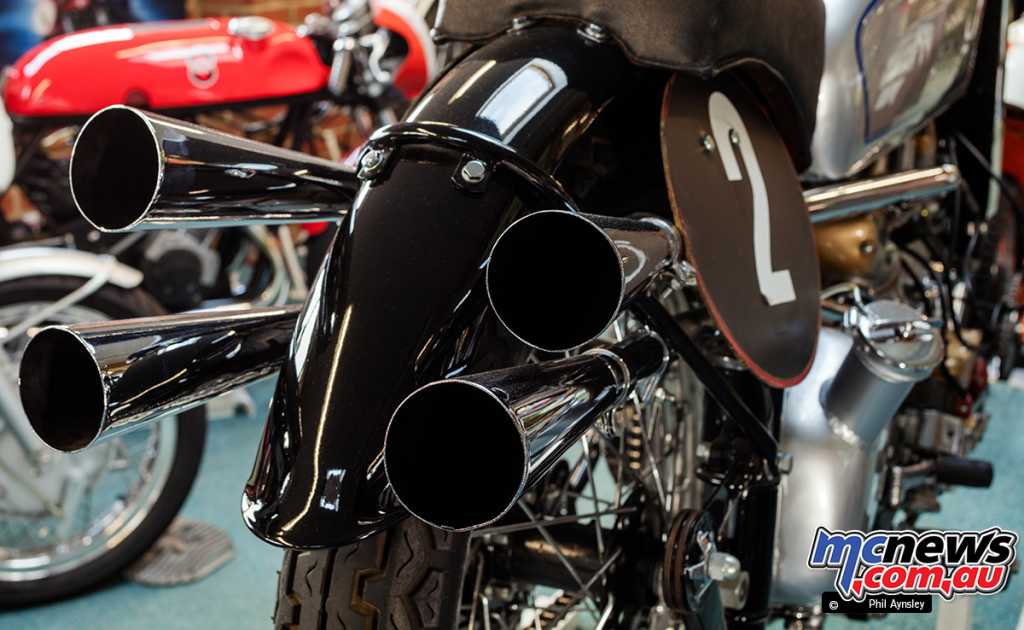 After the war AJS finally won a race – the 1946 event at Chimay in Belgium. However a week later at Albi the bike seized a crankpin. It was still seized when the bike was purchased by Sammy over 30 years later. Power was 55hp at 7200rpm, with a dry weight of 234kg, and top speed of 217km/h.

The BSA MC1 was designed by Bert Hopwood after his move to BSA from Norton in 1948. Together with Doug Hele the bike was constructed in 1950 with the view to it being the basis of a series of road going bikes. It featured a single cylinder 250cc four-stroke with four radially placed valves connected by a short chain. 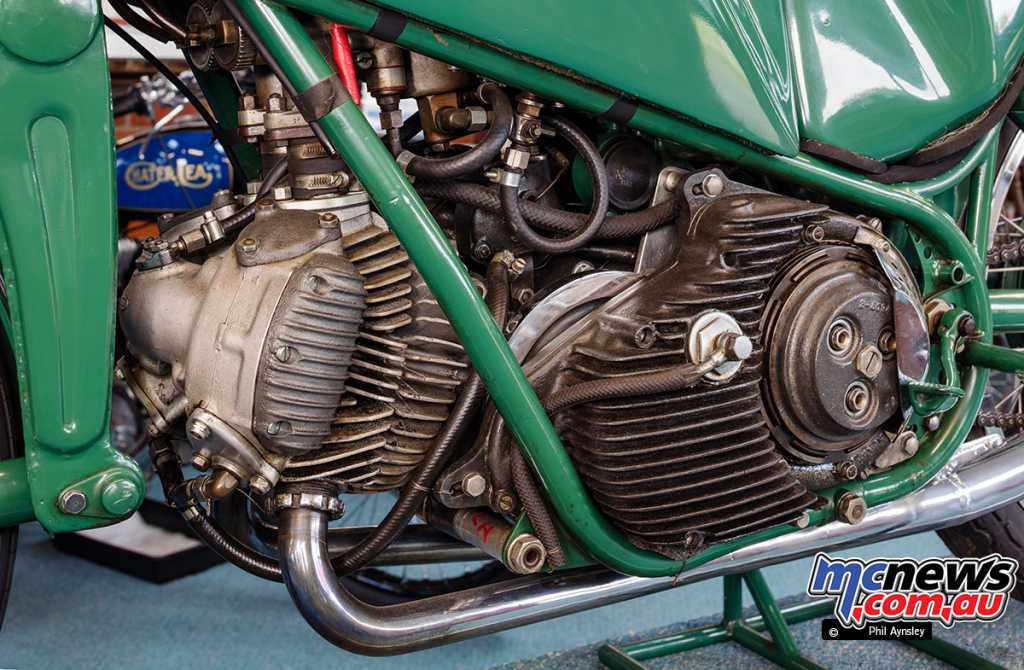 A bevel shaft took the drive to the head. A cantilever rear suspension was used. Three engines and one prototype were built – which lapped the MIRA banked track at 167km/h without streamlining. Power was 34hp at 10,250rpm, with a dry weight of 113kg.

Behind the scenes with Troy Bayliss at Phillip Island 2008