Mixed weather conditions, some new bike/rider combinations and some old favourites in hot form have provided some spectacular racing today at Sydney’s Eastern Creek Raceway for the opening of the 2012 Formula Xtreme Superbike series.

Qualifying was disrupted by some serious precipitation, leaving the track damp, and the racing slightly behind schedule – eventually resulting in the abandonment of the third heat for all classes. Although, by the time the big names of FX 600 and FX Superbike came out to play slick tyres were the obvious choice, although care needed to be taken in several areas with some puddles and moist tar off line.

In the opening FX Superbike race veteran and reining series champion Kevin Curtain, returning for the factory Yamaha Race Team, grabbed the holeshot and was able to come out on top of a fight with his teammate Rick Olson. The two R1’s finishing just ahead of reigning Australian Superbike Champion Glenn Allerton, trying out a Formula Xtreme spec BMW S1000RR at this opening round. Allerton had to recover from a lowly 8th place grid spot and pick his way through the traffic, he did catch the leading Yamaha pair, setting a new lap record of 1:33.052 in the process, but ran out of time to attempt a pass.

The second race featured exhilarating racing, with Curtain, Olson, Allerton, Kawasaki mounted Jarradd Curran and Matthew Walters all jockeying for position at the head of the pack.

Curran dropped out of the race after two laps when he dismounted his ZX10 at the new turn six. Meanwhile, the factory Yamahas and the BMW fought tooth and nail, sometimes positions swapped two or three times over the course of a lap! A great performance by Allerton however, didn’t result in a podium finish, when a 30 second penalty was added to his race result for swapping to a new front tyre pre race after experiencing tyre problems. Rick Olson’s excellent form came undone only a few hundred meters from the chequered flag – losing control of his R1 just before the front straight and falling.

So, the results sheet doesn’t show how close the racing on track was, however championship points are not awarded for putting on a show, they are for finishing positions. The top three in the second heat also the top three outright for the day; Kevin Curtain, Matthew Walters, Dustin Goldsmith.

In the FX600 class the names Kevin Curtain and Team Yamaha are again up the front, although just like on the litre bike Curtain had stiff opposition, with young teammate Mike Jones proving very fast. Curtain and Jones tied for the day with one win and one second place each, Jones winning the first and Curtain the second leg. Behind them was the Yamaha mounted pair of Sean Condon, with two third place finishes and Adrian Di Giandomenico with two fourths, then visiting Indonesian Sudarmono in fifth.

In the Formula Oz class, which has less restrictive bike modification rules, the new Team Yamaha / Cru Halliday combination was working exceptionally well. The massive 50 entries no barrier to Cru winning both races by a large margin on his R1, and setting very competitive 1:33 second lap times. Second in both legs was Mitchell Carr on the Supersport spec’ Triumph Daytona 675, and third in both legs was Chas Hern on his Suzuki GSX-R1000.

In the FX Pro Twins race Simon Galloway showed off his new KTM RC8R by winning both races. He headed Nathan Mahboub on his similarly immaculate and impressive Aprilia RSV4, and Paul Dutton who punched slightly above his weight with third on the Ducati 848. Regular series front runners Phil Lovett and Richard Liminton both had some slight dramas, and finished down the order, but expect them both to feature up the front tomorrow!

The Nakedbikes share track time with the Pro Twins, but are scored separately, Adrian Pierpoint on his Aprilia Tuono the fastest of the non-faired brigade, heading Fergus Gibson and Robert Eacott both on KTM’s.

The FX Ultra-Lites race was made up of 125ccGP/Moto3 machines, plus 400cc 4 cyl/650cc 2 cyl. production machines, plus Supermoto bikes. The eclectic mix of machines and a pool of talented riders, including several former and current Australian champions, made for interesting racing. The bikes all had their strengths and weaknesses at different points of the circuit, but covered the 3.9km in a similar time.

The top three in both legs were the same, but in a different order. Leg one Lincoln Gilding on his Moto 3 Honda won from Nicky Diles on the Aprilia 125 and Peter Galvin on the Honda 125, while Grant Hay (Yamaha YZ450F) was the quickest of the Motards finishing fifth. In the second leg Diles lead home Galvin then Gilding, this time Shaun Geronomi (Honda CRF450R) finishing first Motard, in fifth outright.

Action will recommence tomorrow at 9 am, with all classes having a qualifying session to set grids for 3 races each. 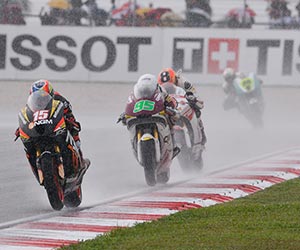 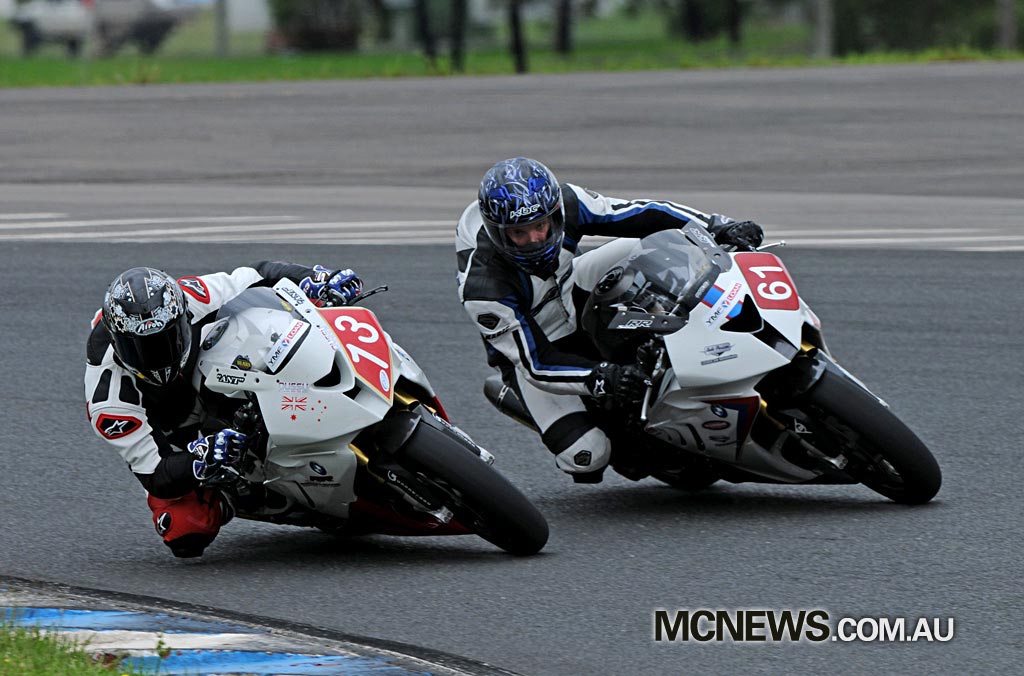 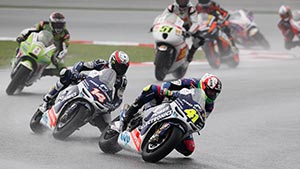 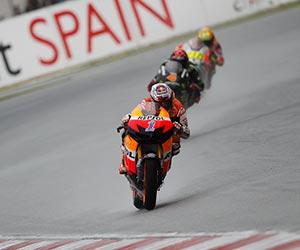