Ted Collins had completely dominated the Motul Supersport opening bout at Winton this morning and was looking set to do the same when the second bout got underway at 1411 this afternoon with the warmest track temperature seen all weekend, 28-degrees and an ambient 19-degrees.

Collins starte in perfect fashion, streaking away from pole position, and this time around the entire Supersport field made it through turn one without a melee, unlike the carnage that unfolded earlier in race one.

By the start of lap three Collins had 2.4-seconds over second placed Sam Lambert and third placed Mark Chiodo. That trio had already spread out but the battle for fourth place was extremely busy, Sam Muldoon, Mason Coote, Nic Liminton, Chris Quinn, Damon Rees, Sam Condon and Tom Toparis all in the thick of the action for that position.

Mark Chiodo upped his efforts to get on terms with Lambert with ten laps to go, the Territorian though rebuffed the efforts of the young Victorian and maintained that second place.

Sam Muldoon managed to break away from that gaggle of riders tussling over fourth place, to make that position his own and leave the other riders to battle over fifth place. Nic Liminton had pulled out of that battle with brake problems and retired to pitlane. Sam Condon crashed out of eighth place a few laps later, going down just in front of Tom Toparis, who had to take evasive action to avoid the carnage.

Ted Collins was completely untouchable, pulled out a six-second lead over the first half of the race and then backed off to maintain the gap to that battle over second place, where Mark Chiodo was still trying desperately to get the better of Sam Lambert.

Collins backed it off even further in the closing laps, which saw his six-second lead trimmed to three-seconds, but still plenty good enough for 25 points to round out the most dominant Supersport performance we’ve witnessed in recent memory. 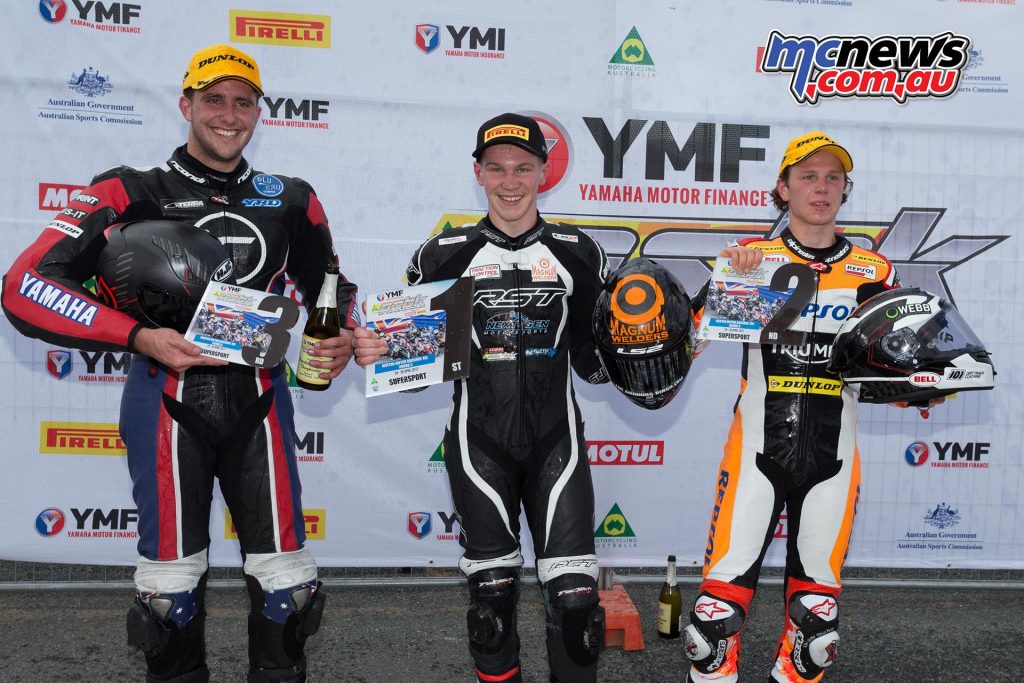