Australian Josh Waters knocked more than a second of his earlier session best at round three of the World Endurance Championship with a time of 2’07.704 to put the GSX-R1000 on provisional pole for the six-time event winners and team mates Leon Camier and Nobuatsu Aoki.

Reigning World Champions SERT is fourth on the World Endurance Championship-leading GSX-R1000, thanks to a 2’08.429 lap set by Yukio Kagayama and they are only a few-hundredths-of-a-second behind second-placed FCC TSR Honda and third-placed Monster Yamaha YART.

The top-10 teams have one further free practice session tomorrow morning before the exciting Top-10 Shootout Finale to determine the starting positions for Sunday’s race.

A busy day of qualifying for the Suzuka 8-hour race in Japan drew to a close this evening with the Honda TT Legends securing 17th place on the grid – an impressive feat in a field of Suzuka veterans and expert Japanese teams, many of which tested here just two weeks ago.

John McGuinness, Cameron Donald and stand-in rider Jason O’Halloran took to the 5.8km circuit for two 30-minute qualifying sessions each in hot and sunny conditions. As the temperature soared to over 34ºc, all three riders were consistent in their times and in sync with one another, posting a 1’12 lap apiece by the penultimate session.

O’Halloran was the last Honda TT Legends rider to head out in the final 30-minute stint and his impressive performance resulted in the team’s best lap of the day at 1’10.940. In accordance with Suzuka 8-hour rules, the fastest lap time posted by each team dictates the grid positions, meaning the Honda TT Legends will start Sunday’s 8-hour race from 17th.

The Yoshimura Suzuki Racing Team will start from pole position with FCC TSR Honda, YART and SERT in second, third and fourth respectively.

Russell Benney – race manager
All the hard work testing at Oschersleben and in practice here at Suzuka has come to fruition. It’s a marvellous achievement by the riders to all get in the 12 second mark, especially when you bear in mind that other teams have done extensive testing here. 17th at Suzuka is good news, particularly considering the position we are in in the world championship. Looking at our EWC competition, the main guys are in front of us, but we are much, much closer to them than I could have hoped. I’m really pleased for the team because the 10.9 lap vindicates all our hard work and also the competitiveness of the bike. The other two riders being so close in time means we’ve got a tucked in rider line-up that makes my job as race manager easy. It is likely to be a nine rota race with even stints divided between the three riders. So, 17th is great news for the team, we’re gathering momentum and we can only go forward from here.

John McGuinness
We’re all in one piece and we’re all going at a similar sort of pace. Its been a tough day and we’ve had a lot of laps to do, swapping and changing riders but everyone has been positive. It’s really difficult against some of the expert local teams, but at the end of the day we have done our best. I think 17th is good considering we didn’t test here and we started three or four days behind everybody else. I’m looking forward to the race now and can’t wait to get going.

Cameron Donald
We’re going so much better this year, particularly considering it is a much bigger field and the times are a lot faster across the field. To be starting 17th is fantastic really when we’re surrounded the local home-track specialists. I’m sure with some good consistent laps we can move ahead from that in the race and get well up into the points which is where we need to be.

Jason O’Halloran
We made some good improvements in qualifying with our lap times and it actually came quite easy to us in the end there. We went for a softer tyre to get a bit more speed and I got some good laps in to go faster right at the end of the second session. Conditions are tough here and it’s going to be hard on Sunday in the race but the whole team has done a great job, Dunlop have done a great job and I’m looking forward to eight hours of racing! 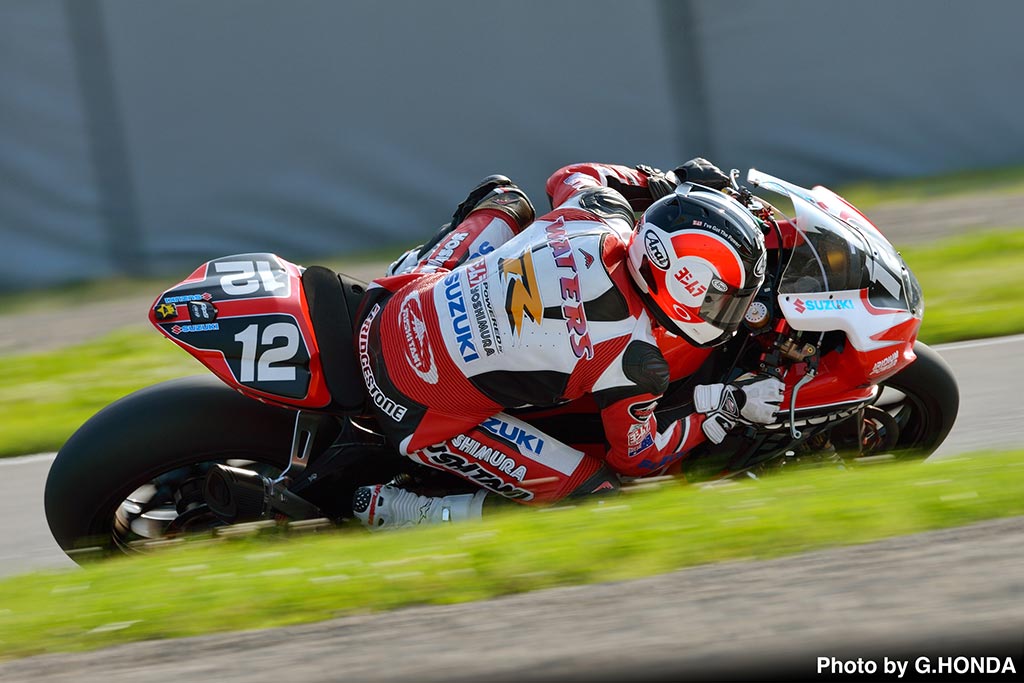