Wayne Maxwell back in Suzuki colours for ASBK 2019

Wayne Maxwell back in Suzuki colours for ASBK 2019

Current rider Josh Waters has three ASBK Superbike Championships to his name (2009-2012-2017), and joining him in the Team Suzuki Ecstar squad for 2019 is long-time rival, and 2013 Australian Superbike, Champion Wayne Maxwell.

That 2013 Superbike Championship for Maxwell was won on a Suzuki GSX-R1000, and he is aiming to repeat that feat in season 2019. 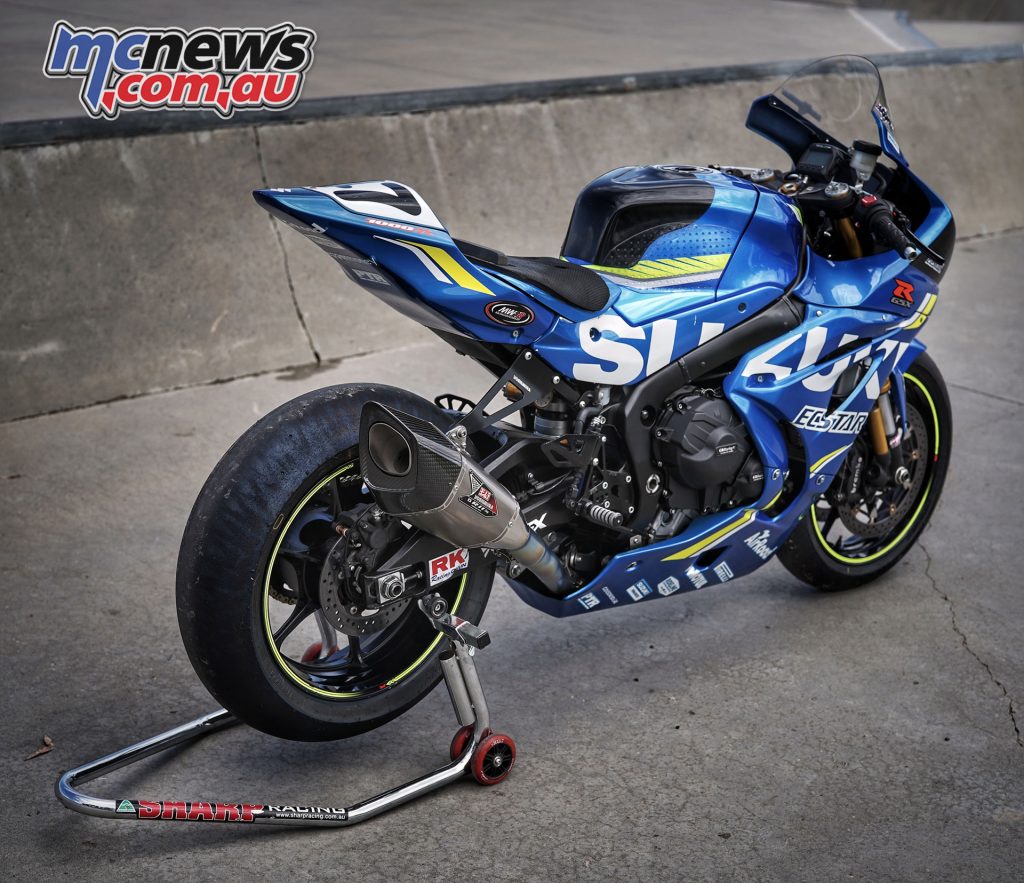 “I’m very excited to be joining Team Suzuki ECSTAR Australia for the next two years. Last time Suzuki and I were paired together proved to be very successful, winning my first Australian Superbike championship. I’m really looking forward to getting back on the GSX-R1000, I know how fast and competitive the GSX-R is having raced against it the last few years, I’m super excited to get to work with Phil, Warren and the rest of the team on repeating our 2013 success.”

The 36-year-old only this year broke his own ASBK Superbike outright pole lap record at Phillip Island that had stood since 2013, when that same weekend then 30-year-old took the Superbike Title for Suzuki by 34-points over Glenn Allerton.

Suzuki are also working on a third, semi-satellite rider, for ASBK 2019 and soon hope to announce that signing too. Our tip for the gig is Alex Phillis.

Team Suzuki ECSTAR Australia have also announced they will expand their operation to a three rider line-up for 2019, adding Alex Phillis – who MCNews.com.au had earlier speculated may be set to join the team.

Alex Phillis finished eighth overall in the 2018 championship and was the top privateer aboard his Suzuki GSX-R1000, with Suzuki Australia Marketing Manager Lewis Croft commenting:

“We’re thrilled to expand our rider line-up to three next year. Suzuki has a rich history with the Phillis family, dating back to the early eighties winning five titles with Rob Phillis on a GSX1100 Katana. Now over thirty years on to have Alex racing the GSX-R1000 and after a very successful 2018 campaign, finishing inside the top-10 and earning the status a top privateer is no easy feat. We look forward to seeing Alex in Team Suzuki ECSTAR Australia colours next season, completing one of the strongest rider line-ups in the history of Australian Superbike Racing.”

Phillis will make his Team Suzuki ECSTAR Australia debut at round 1 of the 2019 Australian Superbike Championship kicking off at Phillip Island during the WSBK weekend February 22-24, 2019.

Mat Mladin is taking young Max Croker up to the Superbike ranks in 2019 for his maiden season with the big boys.

In 2019 Cru Halliday will step back up from Supersport to a Superbike ride at YRT alongside Daniel Falzon.

Glenn Allerton will line up again for NextGen BMW on an all-new S 1000 RR. Ted Collins may also have a seat on the BMW again next season.

And then of course there is that fella who will be turning up again on a red bike, three-time World Superbike Champion Troy Bayliss…

An ASBK pre-season test will be held at Phillip Island Grand Prix Circuit on February 2-3.